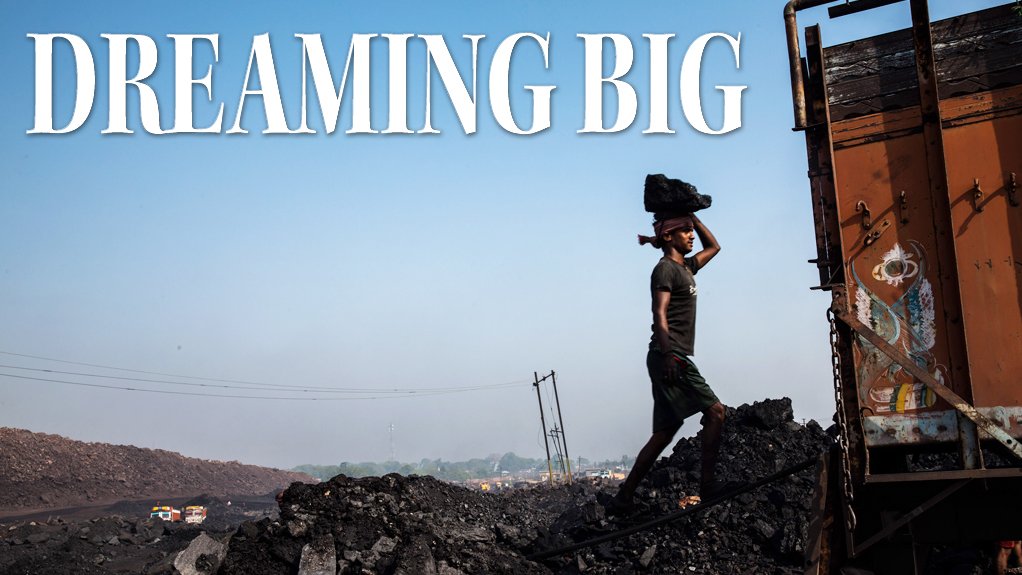 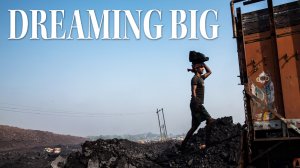 KOLKATA (miningweekly.com) – Coal India Limited (CIL) dreams of producing one-billion tons of coal a year by 2020, and, as the sixth-largest miner in the world, having big dreams is not unusual. However, if past performance is seen as an indicator of future performance, then it has a lot of sceptics to prove wrong.

“CIL’s major challenge is to meet the rising demand from the power sector . . . and this is how the dream of achieving the one-billion-tons-a-year coal production [target] began,” the miner states in its Roadmap for Enhancement of Coal Production.

“The idea of ramping up production germinated at grassroots level and traversed up, growing bigger as the possible potential was realised,” the vision document adds.

With a current production of 494-million tons a year, the target centres on achieving a 15% compound average annual growth rate (CAGR).

However, the road ahead may not be that easy as, over the past five years, CIL’s yearly growth rate has averaged between 0% and 7%, with the latter achieved only in the previous fiscal year.

But the Indian government, which owns and manages CIL, is not short on optimism. “CIL will invest $20-billion to $25-billion over the next five years to ramp up production. The country will be self-sufficient in thermal coal in the next two years,” Coal Minister Piyush Goyal said at a recent media interaction.

“The company will develop 75 to 100 new mines, upgrade technology and infuse equity in new joint ventures to achieve the production target,” Goyal said.

However, in a country where issues like land acquisition, environmental clearances, technology replacement and absorption take decades and only one new coal mine opened in the last five years, such optimism is not widely shared.

“[Achieving this target would necessitate] a very high level of coordination between various wings of the national government, the railways and the governments of coal bearing provinces. CIL would need to sincerely work towards aligning its practices of addressing issues of environmental and social sustainability with the world’s best to push the [company’s] growth rate above 7%,” he said.

“Given the fact that these major systemic changes are unlikely to happen overnight, I will be very happy to see actions happening [to assist CIL] in achieving a CAGR of 10% over the next five years to reach a [production] level of 800-million tons by 2020,” Bhattacharyya said.

Bhattacharya, when he was CIL CEO, was largely credited with and instrumental in spearheading the company’s initial public offering in 2010, which saw 10% of the government-held equity acquired by private investors, netting in $3.5-billion at a prevalent exchange rate.

While CIL claims it is moving up, aggregated growth rates do not portray the big picture at grassroots level, nor do they focus on the circumstances beyond the control of the miner.

The slump in growth from 2009/10 to 2010/11 was primarily due to the imposition of a blanket ban on industrial expansion in all major coalfields by the federal Environment and Forest Ministry, which introduced the Comprehensive Environment Pollution Index, indicating that these zones are critically polluted.

Convincing the powers that be that coal mining was not the major contributing factor to the critical pollution took a huge effort and, as a result, growth remained highly subdued till 2013/14.

This was exacerbated by the ‘go and no-go’ areas of mining across several ongoing projects; however, once these issues had been settled, growth was restored to 2009/10 levels.

The note also stated that 239 projects were recording growth, while 185 were trending towards de-growth, indicating that the bulk of the projected incremental production would have to come from new projects.

Explaining the cause of this fall in production from existing mines, Bhattacharyya pointed out that coal was a depleting asset with the average life of an Indian mine ranging between 30 and 35 years.

This translates into a yearly depletion in the country’s coal mining capacity of about 3%. This equates to a reduction of between 16-million tons and 17-million tons a year (assuming the current capacity is 5% more than the current level of production).

However, if the opening of new mines were bunched up during specific periods, as was the case during the 1980s, depletion would also be bunched up and, therefore, become faster 30 to 35 years later.

In addition, new mines are also facing their share of challenges. Experts such as Bhattacharya and officials at the Central Mines Planning and Development Institute state that the following measures will have to be implemented:
• The introduction of advanced software- based operational mine planning for optimal operations that are in line with global best practice.
• Improved blasting efficiencies and fragmentation through the use of higher- quality explosives.
• Increasing the use of heavy earthmoving machinery by at least 50% to get closer to average global standards.
• Ensuring the availability of adequate land for all openpit mines for at least five years working at all time.

“[Further, in terms of] mechanised underground mining, experience within CIL is barely adequate,” Bhattacharyya said, adding that the company had to bring in global mine developers with underground mechanised mining competences.

So, will the planned investment of $20-billion to $25-billion even out the odds for CIL? After all, finding money would not be difficult, considering that the latter was sitting pretty on free cash reserves of $7.90-billion with zero debt on its books as on March 31.

Experts and analysts aver that more than the availability of funds, the smart use of the money would hold the key to CIL getting anywhere near the one-billion-tons-a-year target.

In view of the fact that over 25% of Indian coal resources lie at depths beyond 300 m, accessible only through mechanised underground mining, whereas the share of underground mining currently is a meagre 7%, it is critical for India to invest on a large scale in the mechanisation of underground equipment – both longwall equipment and continuous miners – in large numbers.

It is also important to create adequate indigenous facility to manufacture these equipment, spare parts and components to meet servicing and replacement requirements in due course. This programme would call for the creation of at least 150-million tons a year of mechanised underground mining capacity. This would involve capital expenditure of $5-billion to $6-billion.

And with cash in hand, the odds were neatly stacked up against CIL. And during the march towards one-billion tons, the miner could well be recalling the words of Ralph Waldo Emerson: “Unless you try doing something beyond what you have already mastered, you will never grow.”