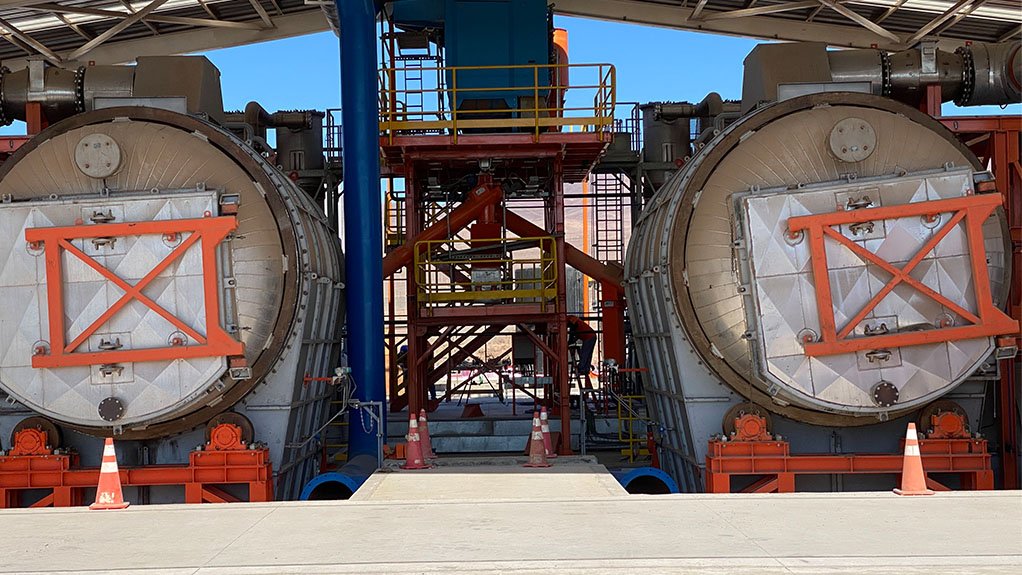 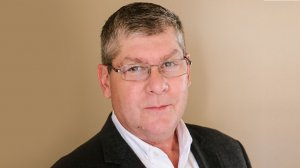 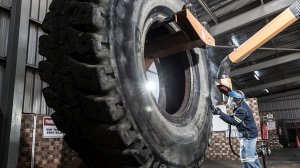 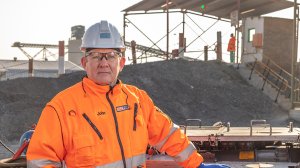 JOHANNESBURG (miningweekly.com) – Highest and best use of ultra-large end-of-life mine truck tyres is being brought about by a change to the model in which resources are mined, made into products, and then become waste.

Just one of these giant tyres can weigh 4.5 t and stand 14 feet tall. Put five of the 63-inch variety into a thermal conversion plant, as is being done in Chile, and, gosh, out will come almost 2 000 litres of oil, something like 4 000 kg of high-tensile steel, of the order of 8 000 kg of carbon black – plus enough synthetic gas to fuel the plant doing the job for hours on end. (Also watch attached Creamer Media video.)

The thermal conversion recycling method being deployed uses heat and friction to induce a reaction that converts the tyres to their base elements – but with no combustion and hence no smoke.

After about five hours in the reactor, the process emits a gas that fuels the entire process. External fuel is turned off and the tyres themselves provide the energy for the process to continue.

Mining Weekly: How are end-of-life mining tyres being dealt with these days?

Allan: Traditionally, and I'm going back 20 years maybe, mining companies would take end-of-life tyres and probably use them as backfill in some of their operations as they finish a zone or as they reclaim some of the land in their mines. These days – with our environmental stewardship focus, and many mining companies wanting to do the right thing when it comes to environmental regulations – there’s a need to figure out a different way to do this. We've seen the advent of things like shredding. What shredding does is crumb end-of-life tyres into little pieces for use as tyre-derived fuel – so burned for energy – or pressed into newer products or substitutable products, things like mats, flip-flop sandals and such things. But these days, we're looking for that higher and best use of the product, so that the challenge is really how do we take a tyre that's sometimes 4.5 t in weight, break that down into very usable components, and make that fit well into our environmental stewardship policies and responsibilities, and make sure that at the end of the day, it's commercially viable.

Where and why did you begin thinking about designing a solution for recycling mining tyres?

If you use something like Google Earth, and look at Chile, for example, many of these mining companies have not been allowed to bury tyres for many years, so they have yards full of end-of-life tyres. It's always been an issue for mining companies. What piqued our interest the most was that the Chilean government was introducing legislation that would require mining companies to ensure that they had a duty of care or environmental stewardship on the disposal of those tyres. At the time that was put in place, there was no real solution to help the miners deal with the problem, so we took it upon ourselves to figure out how we could help customers with this problem, and that's how we ended up in the business of tyre recycling.

What’s the solution you’ve now built and how does it fit into those words we’re constantly hearing these days – the circular economy?

In any evolution, especially in the recycling journey of any product, there’s a lot of learning that goes on and you try and work with what you've got, and then you take the next leap. From a Kal Tire perspective, we use the theme of the highest and best use of the product, so we started looking for a solution on the basis of that theme. We wanted to have something that would be able to be used again in another new product. What we use is a process called thermal conversion. Many might know this as pyrolysis, which has been around for a long time. But doing this on a very large commercial scale, with ultra large mining tyres, is quite unique. The process involves taking that 4.5 t tyre, cleaning it, breaking it down into pieces, and inserting it in a huge kiln that handles about 20 t every time we run it. These pieces are stacked together as close as we can get them, heat is applied, then friction and movement starts the process of pyrolysis. At the end of this process, you get three fundamental things coming out of the tyre itself – high-tensile steel, carbon ash, which as it is worked and cleaned, can be used as replacement for carbon black, and then a lot of oil. A single large tyre contains almost 2 000 litres of oil, and that oil needs to be processed and refined. The steel can be reused in foundries, the oil can be redeployed into other oil applications, and the carbon ash, when it’s cleaned, can be put back into the manufacturing of rubber or into the manufacturing of other goods –  and that creates the circular economy.

What do you see are the challenges or, should we say, the necessary considerations, for developing mining tyre recycling solutions?

There are a few of them. The one is that we're a tyre service company in our heart, in our core, and we've been forced to learn a lot about new markets and downstream markets and carbon black. It's been a bit of a challenge for us as we've learned some painful and expensive lessons along the way. Another is making sure of being good environmental stewards. There are a lot of shortcuts that can be taken in this process and we try to make sure that every step of the way is taken responsibly.

What should mining companies be considering when it comes to disposing of their tyres?

I would like to think that mining companies are thinking similarly to the way we are. Recycling is one thing but there are many things that are called recycling and it's important that we all remember we want the highest and best use of the recycled product. The higher up that recycling hierarchy we get, then the more responsible we're being in the disposal of the products that we're talking about. The end-of-life tyre problem is often left too late in the process. Many mines are calling that part of the reclamation budget or part of the rehabilitation of the land after mining. The problem is that this is an ongoing issue, and if you don't start early enough, you end up with hundreds of tons of these tyres that have to be processed. We try and work with the customers to move this to a today problem, not a tomorrow problem.

Do you see this as a viable solution for the mines of our African continent?

Africa has done a good job of understanding that there needs to be a disposal fee, so some of the work from legislation and government sort of has been done. I think there's some refining needed in the legislation, but I certainly think that mining companies that we have spoken with in Africa, want to see a viable solution so that they can start that highest and best use journey. Traditionally, in Africa, most of the solutions for recycling have really just been shredding, which is on the hierarchy but it's not that highest and best use of the product, so I think they're looking for an opportunity to see the solution in working condition at commercial scale so that they can feel comfortable to use that in their operations. So yes, I think they're looking forward.

What is the scope of business for Kal Tire’s Mining Tire Group?

We operate on five continents in 22 countries serving surface mining customers, underground mining customers and customers associated with the mining industry. We're a small privately owned company based out of British Columbia, Canada, but we've managed to find ourselves in many foreign lands. (Kal Tire's VP for Southern Africa is John Martin.)

In a nutshell, what, in your view, should be the key takeaway from this interview?

Everything is an evolution. The things that we did 20 years ago, we now know we should have done better. When we look at solutions for some of the environmental stewardship issues that we've got, or creating a circular economy, we shouldn't be too hard on ourselves about the past, but we should look forward with a bit of a higher standard, so that we're not just replicating the problems and the solutions of the past, were looking for tomorrow's generation or the stewardship rules that we would like to see in place in the next 10 years.

The new circular economy approach, which is sweeping the world along with decarbonisation and climate change mitigation, reduces material use, redesigns materials to be less resource-intensive, and recaptures ‘waste’ as a resource to manufacture new materials and products.

As this all starts to unfold, the practice of shredding of end-of-life mine truck tyres or using mine truck tyres as backfill in the mines themselves is being frowned upon by influential global investors, who are increasingly demanding environmental protection, socioeconomic upliftment of communities and good governance.