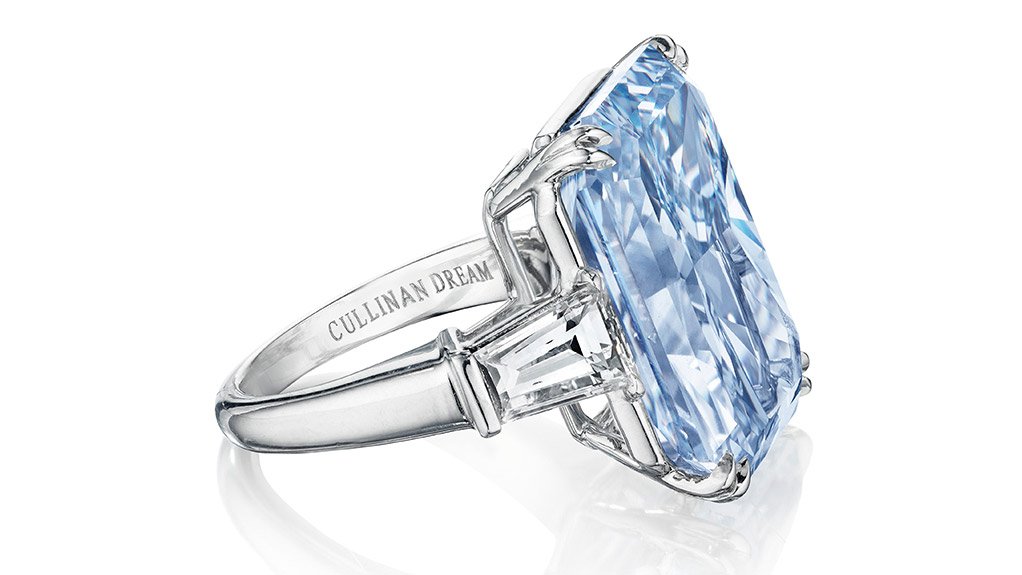 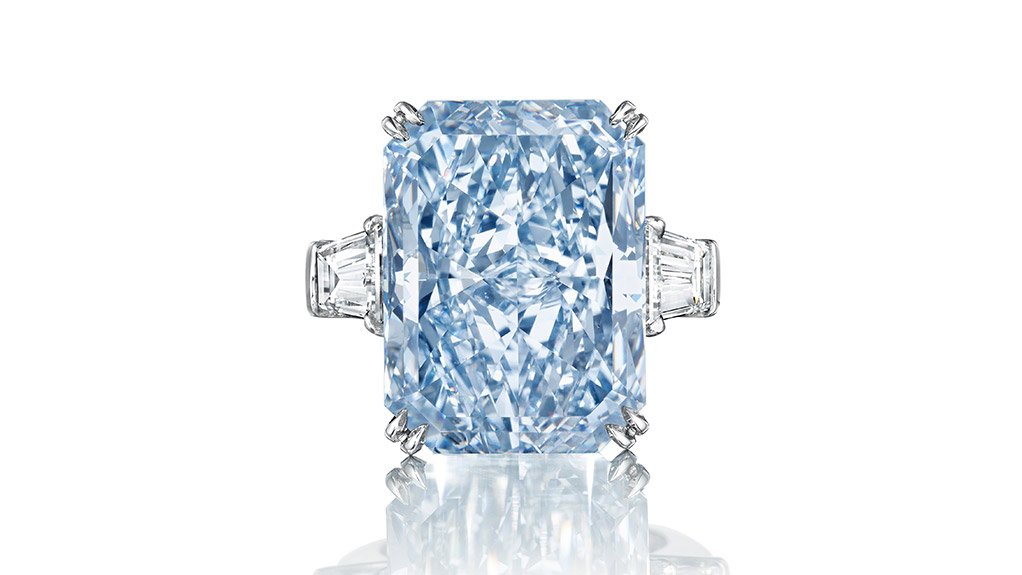 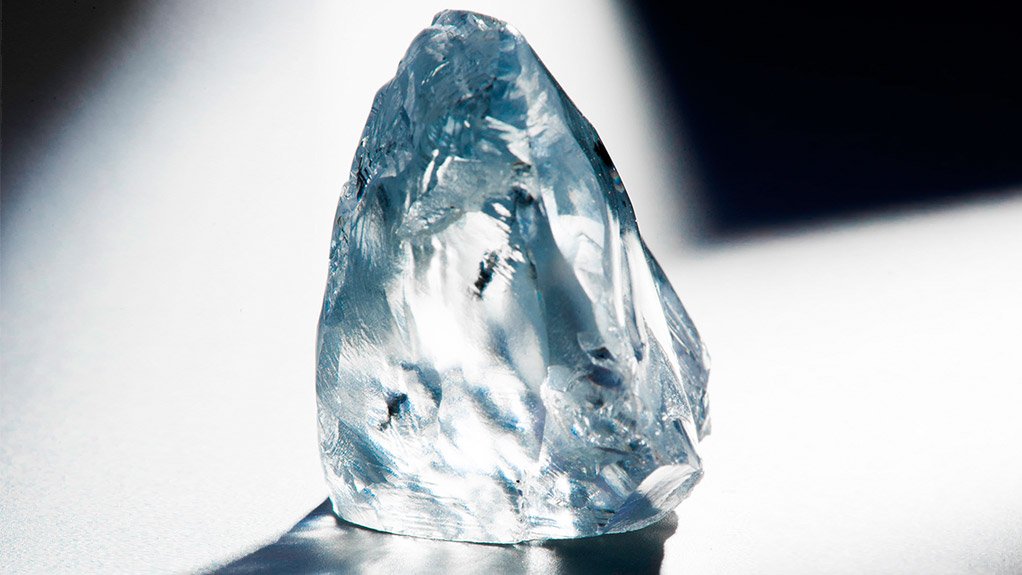 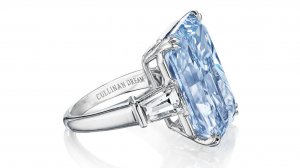 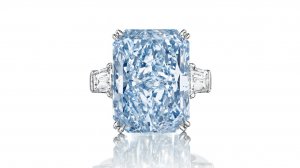 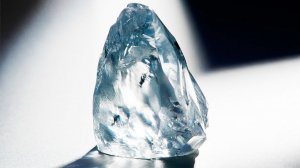 The cut-cornered rectangular mixed-cut fancy intense blue Cullinan Dream diamond, flanked on either side by a tapered baguette-cut diamond, weighing a combined 2.36 ct, is mounted in a size six platinum ring
The 122.52 ct rough diamond from which the Cullinan Dream was cut

JOHANNESBURG (miningweekly.com) – Auction house Christie’s will, next month, auction off the Cullinan Dream – a 24.18 ct fancy intense blue Type IIb diamond – that is expected to sell for between $23-million and $29-million.

The diamond was cut from a larger 122.52 ct diamond discovered at Petra Diamonds’ Cullinan mine, in South Africa, in June 2014.

The 122.52 ct rough diamond, which Petra sold into a cutting and polishing partnership for $23.5-million in September 2014, had resulted in four polished blue diamonds of notable size – the 24.18 ct cut-cornered rectangular mixed-cut Cullinan Dream; an 11.3 ct pear-shaped diamond; a 10.3 ct radiant-cut diamond and a 7 ct cushion-cut diamond.

Petra would receive 15% of the proceeds from the sale of the Cullinan Dream, following the June 9 auction, in New York.

The world’s largest rough gem diamond ever recovered – the 3 106 ct Cullinan diamond – was recovered from the Cullinan mine.

Another notable diamond sale in May was the 812.77 ct The Constellation rough diamond, recovered at Lucara Diamonds’ Karowe mine, in Botswana, which sold for $63.11-million.

Auction house Sotheby’s would on June 29 sell the 1 109 ct Lesedi La Rona diamond, also recovered at the Karowe mine, for an estimated $70-million.