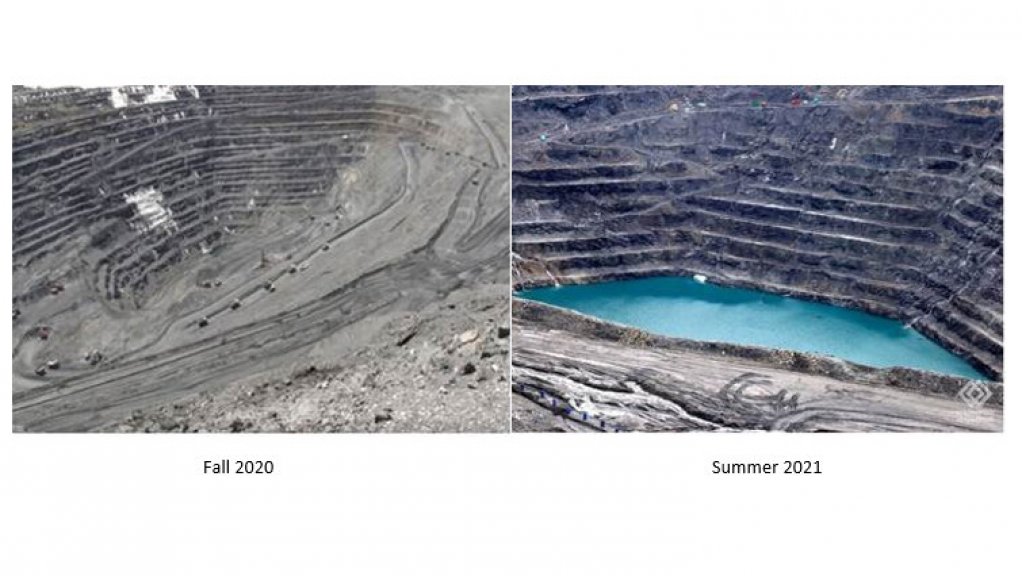 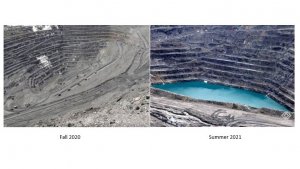 Canadian miner Centerra Gold has warned that the Kumtor mine, in Kyrgyzstan, is at risk of potentially catastrophic events, stating that it has seen photographic evidence showing that the mine’s central pit is flooded with abnormally large amounts of water running down the pit walls.

Based on these images – including a video posted on August 15 on the government-controlled Kumtor Gold Company (KGC) social media page – Centerra believes at least 40 m of water may be at the bottom of the Kumtor central pit.

“This is far more water than we ever saw collect at the bottom of the pit in the more than 25 years of the mine’s operation under Centerra’s control,” the company says, noting that it  not only puts the workers at risk, but also the environment.

Commenting on the situation, Centerra COO Dan Desjardins, who managed the Kumtor mine for five years as the president of KGC until January 2020 said: “As any experienced miner would know, water in an openpit mine decreases stability and increases the risk of a wall failure. For Kumtor, pumping water out of the mine and treating it properly to remove contaminants has always been critically important to the safe operation of the mine given its proximity to glaciers. When we operated the mine, nearly all of the glacial melt water was intercepted before it reached the pit. Under the government-appointed management, this glacial water is flowing uncontrolled into the pit. This is dangerous and we are worried about the safety of workers at the mine.”

He said that it was imperative that the government-imposed management retained independent mining experts without delay to assess the condition of the mine and publish the findings.

Desjardins also urged the government-imposed management to allow independent Kyrgyz and international journalists to visit the mine.

“Centerra fears that the current government-imposed management is not providing the resources necessary to operate the mine safely. This endangers all of the workers at Kumtor, as well as the sustainability of the entire operation.  It takes significant experience and technical expertise to run such a complex operation, especially at 4 000 m above sea level. We are concerned that much of the expertise Centerra and KGC developed over decades has been completely lost or misdirected following the government’s seizure of the mine.”

The government seized control of Kyrgyzstan's largest foreign investment project in May in a move challenged by Centerra through international arbitration.

Centerra last week filed a motion in a US Bankruptcy Court seeking penalties of $1-million a day against the Kyrgyzstan government, related to the seizure of Kumtor.