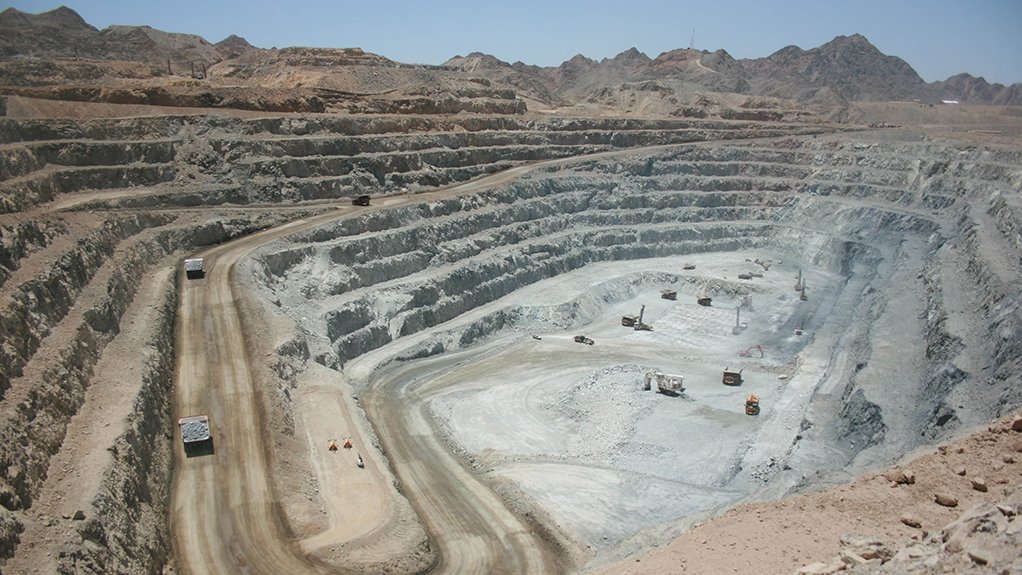 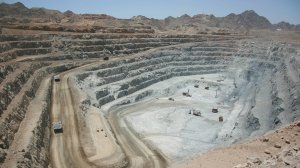 In a quarterly report released on April 20, the company said significant investment had been made in key capital projects during the quarter, which included significant investment into a paste fill plant, a solar power plant, a tailings storage facility, two lift and pump upgrades, as well as underground equipment purchases and underground development as part of the transition to owner-mining at its flagship Sukari gold mine, in Egypt.

Activities on the solar plant that was completed during the first quarter included civil works for the battery storage facility, drilling and installation of tracker posts, as well as the installation of solar modules.

"As planned, [first-quarter] production reflected the successful transition to owner-mining in the underground, which is now complete, enabling us to unlock the full potential of the underground operations. Significant investment resulted in progress being made across all our major project work streams, including the solar power station and the paste fill plant,” commented Centamin CEO Martin Hogan.

Sukari produced 93 109 oz of gold in the quarter under review, an 11% decrease year-on-year owing to a scheduled reduction in production during the transition to owner-mining underground.

Total material moved, including waste and ore, amounted to 31-million tonnes, a 37% increase from the same period a year before, which was driven by improved operating efficiencies and productivity, along with the accelerated waste stripping programme.

Total openpit waste material mined for the quarter was 28-million tonnes, a 49% increase year-on-year, driven by the ongoing execution of the accelerated waste-stripping programme, which was aimed at improving the long-term flexibility of the openpit.

Openpit ore mining in the first quarter continued to focus on the Stage 5 North and Stage 4 East sections. Total openpit ore mined for the quarter was three-million tonnes, a 21% reduction year-on-year, at an average mined grade of 0.92 g/t gold, which was a 19% improvement from the year before, driven by improved grades from the primary mining area of Stage 5 North.

As planned, mined tonnage underground was lower owing to the transition to owner-mining, the contractor fully demobilising from site, the servicing of all equipment bought and the transition of selected staff from contractor to owner.

Volumes and grades were planned to increase through the remainder of the year as the owner was given full autonomy over the underground and progression of activities to higher-grade areas. In parallel, the underground drilling contractor was also replaced during the quarter, with drilling operations planned to ramp up over the balance of the year.

During the period, a series of optimisation studies were started with the aim of improving overall plant performance and included the assessment of gravity gold recovery, alternate reagent supply and tails detoxification processes.

Meanwhile, progress continued to be made in respect of the exploration of the Sukari orebody, with a particular focus on the underground growth targets, including the higher-grade zones of the Bast section. These remained a priority focus for Centamin’s resource definition drilling during this year, with the aim of fast-tracking them into the production schedule at the earliest opportunity.

The remaining results are expected to become available during the second quarter.

Pending the receipt of the full assay results, follow-up programmes will be designed with the aim of further testing prospective targets with the aim of developing resources and, ultimately, reserves.

Moreover, an airborne geophysical survey started conducting flights during the quarter, marking a first for Sukari and, more broadly, the mining sector in Egypt. The programme was scheduled for completion during the second quarter and has been designed to identify potential exploration targets within the concession and to further provide insights.

Centamin reiterated its 2022 full-year guidance, with Hogan expecting the company to deliver against its optimisation targets as previously outlined.