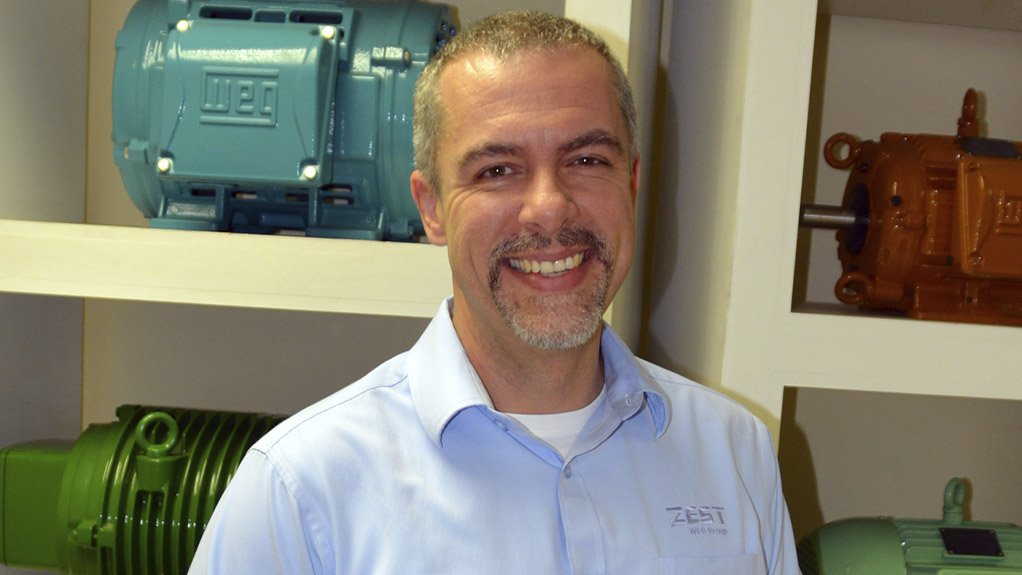 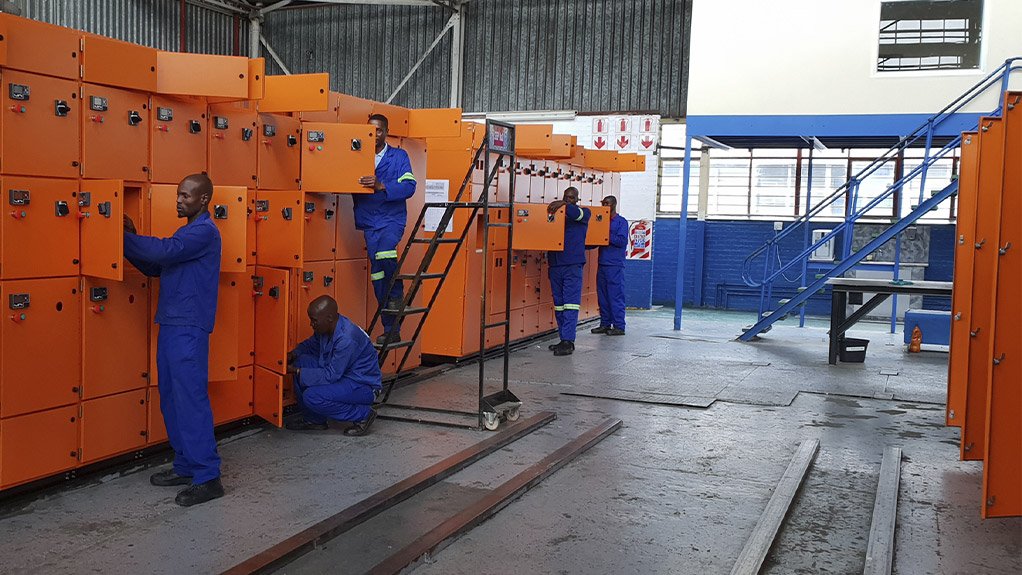 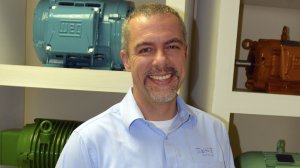 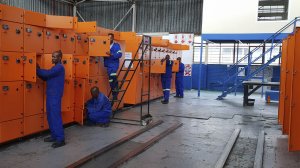 The establishment of motor and controls manufacturer WEG in a remote area of southern Brazil in 1961 prepared its South African subsidiary, Zest WEG Group, for its localisation journey.

WEG has a history of benefiting from available local resources and developing local capacity and supply chains to support its business, and has perpetuated this business model through its global strategy, Zest WEG group logistics and operations director Juliano Vargas tells Mining Weekly.

The company, which celebrates 40 years of doing business in South Africa this year, has achieved a Level 1 broad-based black economic empowerment (B-BBEE) rating, and is 51.6% black-owned and 32.1% black-women- owned.

“We can proudly say that we are South African . . . not only producing products locally but also making decisions locally, while facing the same challenges as all the other South African businesses,” emphasises Vargas.

Since acquiring its African distributor, Zest, in 2010, to become Zest WEG, the company has invested in the growth of the business, expanding its existing assembly capacity by establishing local manufacturing capabilities through acquisitions.

“This investment in Africa equates to about R2-billion in today’s currency and we won’t stop there,” states Vargas.

This enables WEG to direct orders to any of its five locations globally according to available manufacturing capacities and ensures the production of consistent and standard-quality products, while having the flexibility to adapt to local content requirements.

While some people may believe the local-content drive in South Africa is forced, Vargas believes it is logical.

“We don’t want to depend on a product that takes six months to arrive from Europe. We want to develop local capacity to meet requirements by empowering South African suppliers,” he stresses.

Vargas emphasises that black economic empowerment cannot be treated as an event – it needs to be an ongoing initiative.

“Yes, it is a lot of work and it sometimes costs you money, but it also saves you money. Having a local supply chain improves reliability, strengthens relationships and places you in a position to negotiate better costing.”

Vargas says Zest WEG has engaged the Department of Trade, Industry and Competition to understand its thinking behind local content and stresses that other companies should not be afraid to do the same.

Mining has been part of Zest WEG’s success and remains its largest market, says Vargas.

Therefore, Zest WEG will again participate in the Investing in African Mining Indaba, which will run from February 3 to 6 at the Cape Town International Convention Centre this year.

“It is an important event and, as mining is a significant part of our business, we don’t just want to be a supplier – we want to be engaged,” states Vargas.

He adds that South Africa has always pushed WEG to develop better equipment.

When Zest WEG started supplying the mining sector more than 30 years ago, the primary challenge faced by all mining companies was the limited operating life of motors, which required replacement every two months.

The company addressed this challenge by developing a motor specifically for the industry that needed replacing only after two years, thereby improving mine productivity.

The second challenge the company tackled was energy efficiency, as energy consumption accounted for about 95% of a motor’s total cost of ownership. In response, WEG developed more efficient motors and, eventually, IE2 and IE3 motors that reduced energy consumption by up to 30%, improving the competitiveness of its mining clients.

“That is how we pretty much dominated the mining market and this continues to be our approach to the industry,” says Vargas, who associates WEG innovation with Africa.

He argues that the South African market is not as stagnant as some might think, as it can be innovative despite having to address a lack of energy and skills, as well as social differences.

For the past three-and-a-half years, WEG has devoted 15 000 hours to the facilitation of technology transfer from its Brazilian, US and European manufacturing facilities to South Africa.

“We spent R25-million on skills development over the past three years, during which we standardised all Zest WEG manufacturing entities in accordance with the WEG model of manufacturing. As a result, every Zest WEG employee received 30 hours of additional training a year,” states Vargas.

This was in addition to the external training and bursaries offered by the company, through which Zest WEG supports engineering students, who are employed by the company after they graduate.

The company has identified students from South African universities, such as North-West University, in Potchefstroom, who come from mining communities, to develop a career plan for its future employees.

Vargas notes that the company currently has 21 learners and has successfully absorbed all its learners in the past three years.

Zest WEG is also uplifting members of the communities in the vicinity of its mining clients’ operations by getting them qualified as maintenance technicians. This is in addition to working with major mining companies, identifying local businesses to become Zest WEG suppliers or distributors.