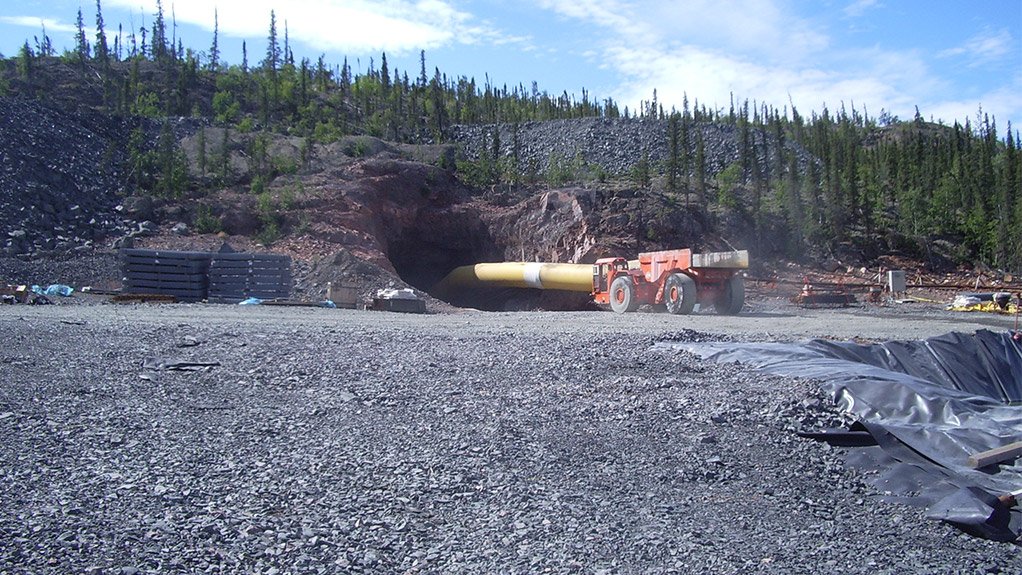 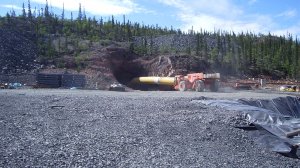 Canadian precious-metals and speciality minerals project developer Fortune Minerals is pursuing financing solutions and offtake agreements for its Nico gold/cobalt/bismuth/copper project, a vertically integrated development comprising a proposed mine in Canada’s Northwest Territories and a refinery in the province of Saskatchewan.

Both the mine and the refinery have received the necessary environmental assessment approvals and, with the key permits in place, con- struction activities can start as soon as project financing is secured, says Fortune Minerals investor relations manager Troy Nazarewicz.

He says the Saskatchewan government, when approving the environmental assessment for the refinery, made a determination that any risks associated with processing the concentrate from Fortune’s planned mine and mill located north-west of Yellowknife, the capital city of the Northwest Territories, will be mitigated so that no significant adverse environmental effects will be experienced.

Nazarewicz says Fortune Minerals, which owns the land on which the refinery will be built, will soon begin the rezoning process in preparation for construction of the facility.

“We are moving ahead with the completion of management and monitoring plans, design details, and arranging of reclamation security.”

He says the project is set to stand out as a North American asset dedicated to the production of cobalt chemicals needed to manufacture high-performance lithium ion and nickel metal hydride rechargeable batteries “in a market that is dominated by mine supplies from the Democratic Republic of Congo and refinery production in China”.

He adds that these batteries are used in electric and hybrid-electric vehicles, stationary power-storage applications and portable electronic devices such as mobile phones, as well as in computers, power tools and toys.

“Nico contains significant cobalt and gold, as well as 12% of global bismuth reserves,” says Nazarewicz, noting that the Nico project will produce a bulk concentrate for shipment to the refinery for further processing to high-value metal and chemical products.

“The refinery is positioned to become a reliable North American supplier of these critical metals. Fortune envisions the plant also [diversifying] into the recycling business,” he says.

Nazarewicz explains that there is also an opportunity to source materials from other mines for custom processing. “The potential to participate in custom processing and recycling could extend the useful life of the refinery well beyond the expected 20-year mine life for the Nico deposit.”

He further notes that the project will benefit from being a Canadian supplier to sell into the North American and European Union markets, with lower transportation costs and exemptions from excise duties and tariffs as a result of trade relationships such as the North American Free Trade Agreement.

Economic Value Nazarewicz tells Mining Weekly that one of the greatest economic attributes of the Nico deposit is the ore’s high concentration ratio.

“This means that all the valuable metals can be recovered using a simple flotation process [to create] a concentrate that is less than 5% of the original mass of the ore. “This will allow for efficient transportation of the concentrate from the mine site to the refinery for lower-cost down-stream processing,” he explains.

In addition, the project also contributes to environmental safety.

Nazarewicz says that cobalt is used in lithium-ion batteries that not only power electric vehicles, but also store power generated from intermittent generation like wind and solar power operations or store power to supplement peak power consumption periods.

“Similarly, bismuth is an environmentally safe metal used primarily in the automotive sector and medical products. Its characteristics are similar to those of lead, but it is nontoxic.”

He adds that bismuth is also used as a lead-free alternative in solders, brasses and steel owing to growing environmental awareness and legislation restricting the use of toxic metals.

Nazarewicz says Saskatchewan’s appeal as a location for the refinery is primarily because of the availability of lower-cost electricity as well as the support of the Saskatchewan government, which has passed attractive tax legislation to encourage the processing of raw materials to diversify the economy of the province.

The refinery will be built on lands that straddle the Canadian National Railway, about 27 km north-west of Saskatoon.

“The site also has access to the Yellowhead highway and is near natural gas, power lines and reagent sources for processing. Saskatoon and the surrounding area also provide access to a skilled labour pool of engineers and refinery workers,” Nazarewicz says.

He adds that the refinery is expected to employ 100 people, thereby ensuring employment income of $9-million a year, and will use the services of local suppliers, contractors and consultants.

“The anticipated direct capital cost of the project, including the purchase of equipment, materials, construction and services installation, is more than $200-million,” Nazarewicz concludes.