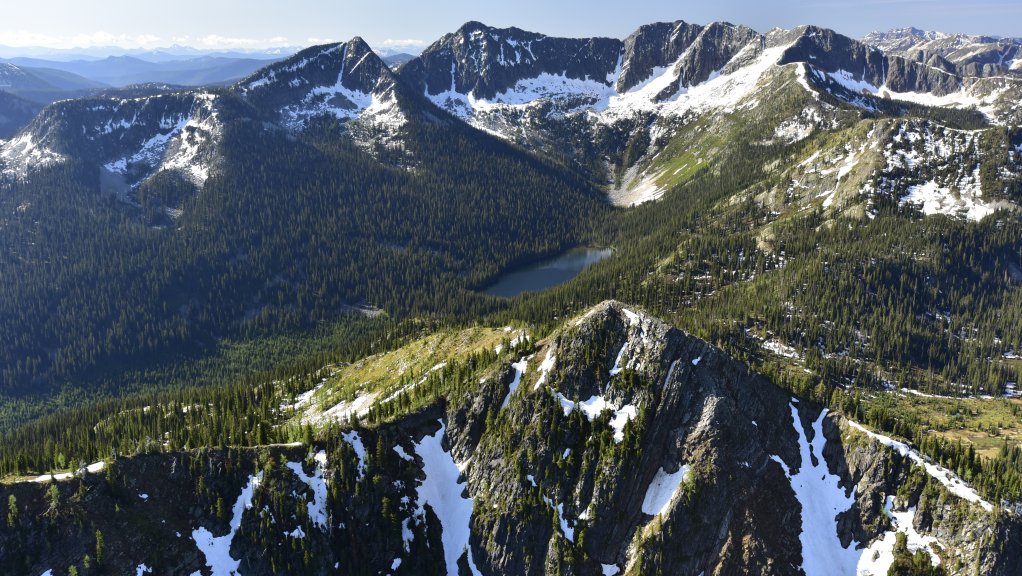 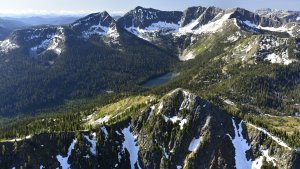 Elmo Lake, part of the Next Creek headwaters

Diversified miner Teck Resources has committed to conserve or rehabilitate at least three hectares for every hectare disturbed by its mining activities as part of a goal of becoming a nature-positive company by the end of the decade.

Through land conservation investments, Teck will protect 14 000 ha of wildlife habitat and ecosystems in Canada and Chile. This is equivalent to more than 40% of its current mining footprint.

"Nature loss is a serious global challenge that we are all called on to do our part to halt and reverse. Working towards being nature positive in each region we operate builds on Teck’s long-standing commitment to biodiversity and reflects the passion of our employees for caring for the land where they live and work,” said president and CEO Don Lindsay.

Teck’s new conservation initiatives, announced on Sunday, include a $2-million donation to the Nature Conservancy of Canada (NCC) for the purchase and ongoing management of the nearly 8 000-ha Next Creek Watershed in the East Kootenays of British Columbia. Next Creek is the last remaining unprotected land within the Darkwoods Conservation Area and this purchase protects the ecological integrity of a conservation network that has national and international significance.

The company will also donate to NCC 162 ha of land in the Wycliffe Wildlife Corridor, also known as the Luke Creek Conservation Corridor, near Kimberley, British Columbia, and make a further donation of $600 000 for the ongoing management of the land.

Further, 5 800 ha of a unique and high-value wetland ecosystem near Teck’s Quebrada Blanca operations, in Chile, will be protected in partnership with the Ollagüe Quechua community. Known as the Salar de Alconcha, or Alconcha Salt Flat, the lands are located northwest of the village of Ollagüe near the Bolivian border at 4 123 m above sea level. The initiative is the first of its kind in Chile.

Teck will make available $10-million to create an Indigenous Stewardship Fund that will support Indigenous communities and partners in the development of Indigenous-focused environmental stewardship initiatives, as well as engagement, education, capacity-building and participation in support of conservation objectives in regions where it operates.

The company will also provide NCC with $12-million in new funding to support future high-priority conservation projects in British Columbia, in addition to those announced at the weekend.

The conservation investments build on Teck’s purchase of more than 7 000 ha of private lands in the Elk and Flathead River Valleys of British Columbia, set aside for conservation. Teck’s purchase of these lands in 2013 was one of the single biggest private sector investments in land conservation in British Columbia's history. In 2021, Teck and the Ktunaxa Nation announced the signing of a joint management agreement to ensure the protection of the area’s social, cultural and ecological value.

British Columbia Energy, Mines and Low Carbon Innovation Minister Bruce Ralston commended Teck on its conservancy goals and investments. “With this move, Teck is showing leadership in managing its operations in a manner that meets the environmental, social and governance criteria investors, the public and the provincial government expect from companies."

Quechua Indigenous Community of Ollague president Thelma Ramos Mamani said the move by the mining company was a "dream come true”. “We are making non-Indigenous People understand what it means to live in harmony, to thank the land and to conserve it. This type of project is being done for the first time in our country and we have seen the quality of the work of all the professionals.

“Mining also has human quality and above all they understand that this work of conservation is not only for the native peoples but for all humanity, it is to leave a true inheritance to our future generations so that they can preserve our territory."

NCC president and CEO Catherine Grenier said Teck’s commitment to, and investment in, NCC’s work will help the organisation accelerate the pace and scale of conservation in British Columbia.

“If we conserve entire natural systems, we help nature to deliver the essential services that support life. That’s why conservation matters. Teck is demonstrating that for-profit and non-profit organizations can come together to tackle the toughest ecological challenges of our time, biodiversity loss and climate change."