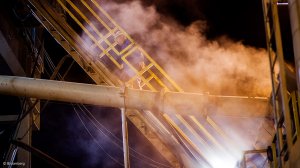 VANCOUVER (miningweekly.com) – Canada has introduced new rules aimed at reducing methane emissions and cutting air pollution from its significant oil and gas industry, a move that met with mixed reaction from the industry itself.

Minister of Environment and Climate Change Catherine McKenna introduced the new regulation on Thursday, saying Canada is moving to “catch up” on the action already taken by US states such as California, Colorado, and North Dakota. These regulations are part of the Pan-Canadian Framework on Clean Growth and Climate Change to reduce methane emissions by 40% to 45% by 2025.

Canada's oil and gas sector is the country's largest emitter of climate-warming methane gas and a source of air pollutants known as volatile organic compounds, some of which are toxic to human health and are contributors to smog.

Methane is the main part of natural gas that is used to heat homes and power factories. The proposed regulations will help Canada's oil and gas industry to conserve valuable natural gas that is now wasted, and also assist certain facilities, such as refineries, to reduce their volatile organic compound (VOC) emissions. Methane is a potent greenhouse gas (GHG) responsible for about 25% of the human-caused global warming we feel today, and it packs 84 times the warming power of carbon dioxide over a 20-year period.

The Canadian Association of Petroleum Producers (CAPP) on Friday stated that while it welcomes the proposed commitment to reduce further methane and VOC emissions in the oil and natural gas sector, it disagrees with the federal government's assessment Canada that needs to "catch up" with environmental policies in the US.

The CAPP asserted that Canada is a leader in reducing methane emissions in the energy industry and that the oil and natural gas sector strives to improve its performance as technology and innovation evolve by continuously working with regulators, government and stakeholders.

LOW-CARBON FUTURE
"Canada is a leader in reducing methane emissions in the oil and natural gas sector. We are in a position of strength to move ahead by advancing cost-effective technology to reduce emissions. Canada's oil and natural gas industry has been outperforming other jurisdictions such as North Dakota, Colorado and California for methane emissions reductions. We are confident that we will reduce emissions by 45% from 2012 levels by 2025,” CAPP executive VP Terry Abel said in a statement on Friday.

McKenna argued that these regulations will help producers save more than C$1.5-billion worth of natural gas between 2018 and 2035. Reducing methane emissions is one of the lowest-cost actions Canada can take to reduce GHGs. With these regulations, GHG emissions will be reduced by about 20 Mt/y, equal to removing about five-million passenger vehicles from the road each year.

“By better detecting and patching leaks, companies will be able to save and sell that natural gas and do their part to fight climate change. And this will support more modern technology and good new jobs in the oil and gas sector. Our government knows that, through innovation and technology, we can reduce emissions while improving the health of Canadians,” she said.

In its 2017 budget, the federal government committed C$200-million to support clean-technology research, development, and demonstration and adoption of clean technology in Canada's natural resources sectors. This investment builds on nearly C$5-million in funding from the 2016 budget to help companies facilitate cost-effective methane mitigation through the energy innovation programme.

“Our government sees the long-term value in developing Canadian oil and gas resources in cleaner, more sustainable ways. This will attract investment and allow the industry to be more competitive as the world makes the transition to a low-carbon future,” Minister of Natural Resources Jim Carr commented.

Canada's proposed methane regulations will be phased in between 2020 and 2023. Between 2018 and 2035, the federal government has estimated that the industry will have to spend less than three cents per thousand cubic feet of natural gas to comply with the new regulations.

MAKING PROGRESS
The CAPP outlined its support for an approach to methane that provides a regulatory driver for continual performance improvement in new development and enables funding for clean technology to address existing facilities to meet economically-achievable thresholds. Both British Columbia and Alberta have strict regulations on flaring, venting and fugitive emissions from upstream facilities that serve as models of success for other jurisdictions domestically and internationally.

"Our industry's objective is to decrease the overall intensity of emissions over time through innovation and the consistent development and application of technology. We recognise the opportunity for more methane reductions and have been addressing this by working with government and regulators to improve performance on new and existing facilities,” Abel noted, adding that industry believes through its relationships with regulators, government, and stakeholders it can deliver action on climate change while realising the economic benefits the oil and natural gas sector bring to the national economy.

According to information provided by the CAPP, in Alberta, environmental regulations cut the amount of natural gas flared by 80% from 1996 to 2010, reducing GHG emissions by more than eight-million tonnes. In British Columbia, regulations will eliminate flaring at wells and production facilities this year.

British Columbia has achieved a 23% reduction in yearly flare volumes since 2006, the baseline year, according to the province’s Oil and Gas Commission. Total gas flaring accounts for less than 2% of GHG emissions in British Columbia. Industry and the governments of Alberta and British Columbia are investigating the feasibility of carbon capture and storage to further reduce emissions from the sector.

The proposed regulations will be published in the Canada Gazette, Part I, on Saturday. Provinces, industry stakeholders, and interested Canadians are invited to provide comments to Environment and Climate Change Canada, until July 27.