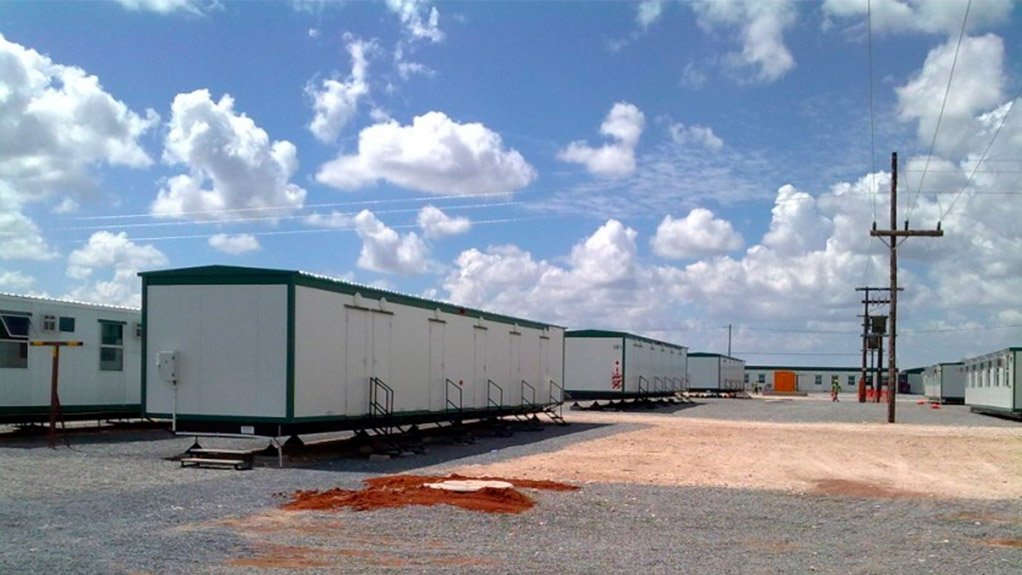 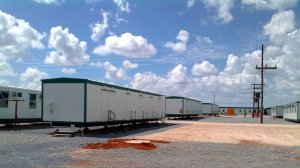 Modular structure solutions provider Ark Prefab has delivered a camp to accommodate mineworkers at the Kush project, in Sudan, as part of a procurement, construction and commissioning of facilities package by a large Russian mining company.

In 2015, Ark Prefab began erecting the camp, based in the north of Kartoum, to provide full accommodation for the operation’s permanent on-site personnel.

The Kush camp consists of ten subblocks that comprise an office block, a VIP block, a two-person block with 16 rooms, a kitchen and a mess block and four-person blocks with 60 rooms.

All the blocks have been linked together with corridor units.

The company highlights that the sleeper block is powered by one of the two secondary-level general power panels installed for each sleeper block, with the office, kitchen and mess blocks having their own panels. In addition, one 300 ℓ water heater is fitted in each shower room, states the company.

Ark Prefab highlights that all the structures are incorporated with a pitched roofing system and a master antenna television and public address system.

Ark Prefab, which is based in Shanghai, China, currently has an annual prefabricated building production capacity of 75 000 m2.