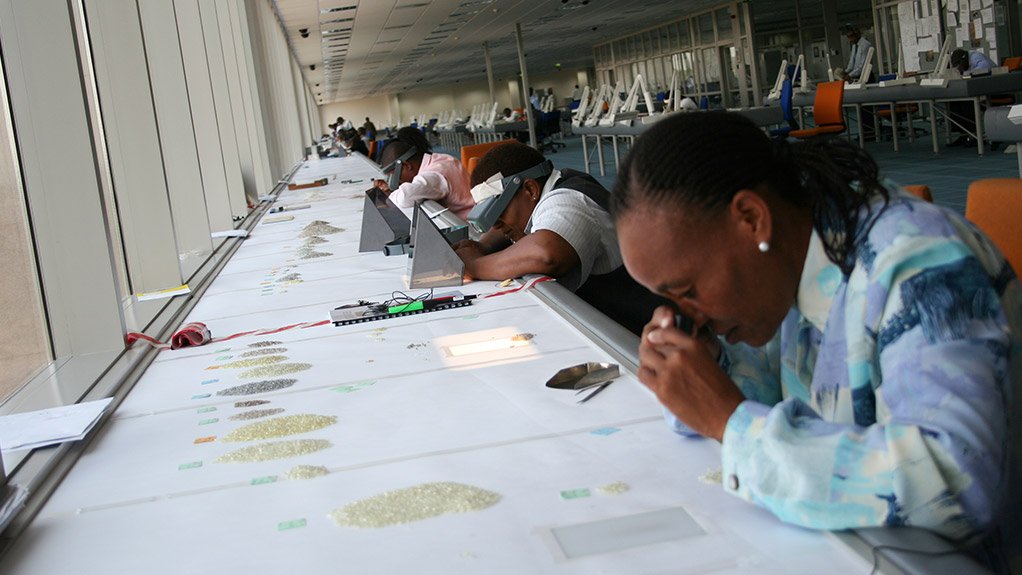 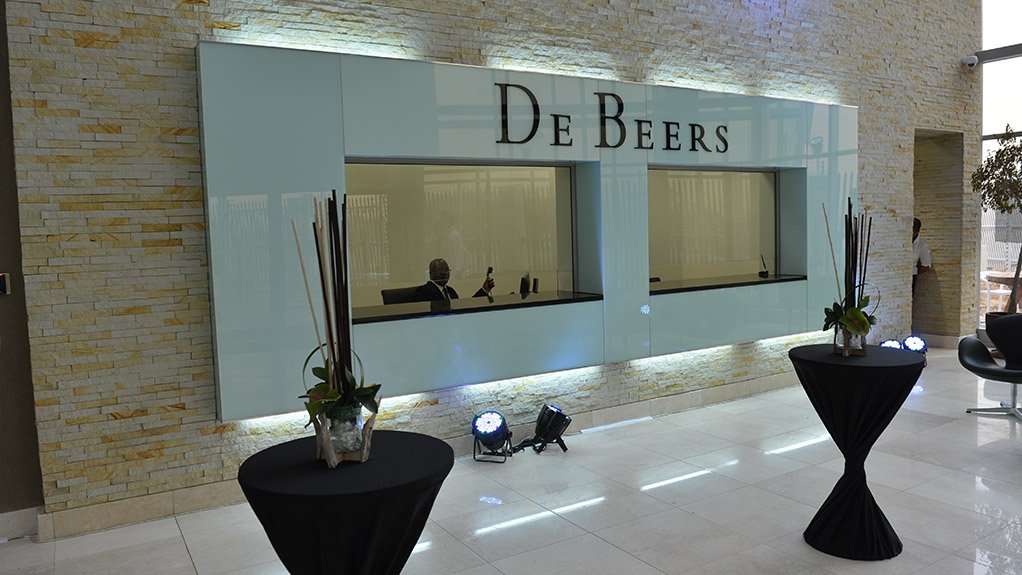 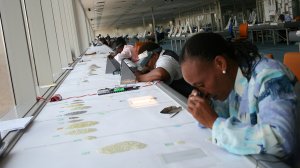 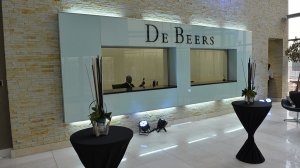 De Beers Group spokesperson Lynette Gould tells Mining Weekly that diamantaires, or traders, from the world’s leading diamond centres, such as those based in the US, Belgium, Israel, India and China, attended the sight.

“A new $35-million facility at our Global Sightholder Sales headquarters, in Gaborone, was established by De Beers to welcome the sightholders,” she states.

Gould adds that much of the technology, which had to be delivered to Botswana, is De Beers’ proprietary sorting and valuing technology, developed at its research and development centre in the UK.

“The process of transferring the technology from London to Gaborone began in mid-2012 and continued to October 2013, after the last sight took place in London,” she explains.

Gould states that De Beers’ commitment to beneficiation – which has not only helped to establish sustainable diamond cutting and polishing industries in Southern Africa, but also employs more than 5 000 people in the region – has been reinforced, owing to the relocation of the international sightholder sales function from London to Gaborone.

She adds that half of those employed at the De Beers Global Sightholder Sales division – which comprises about 160 employees – are Botswana citizens, which further supports the development of Botswana’s downstream diamonds industry.

“This is a historic moment in De Beers’ 125-year history, bringing diamonds closer to the home of De Beers in the heart of Southern Africa, and bringing our sales activities closer to our largest producer partner,” says Gould, adding that De Beers’ partnership with Botswana spans almost five decades.

“The relocation of international Global Sightholder Sales to Gaborone is another significant step forward in the country’s journey to becoming one of the world’s leading diamond centres,” she asserts.

In response to Mining Weekly’s enquiry about how much business took place during the inaugural sight, Gould declined to comment on the value of the diamonds sold at the sight, as the company considers this type of information to be “commercially sensitive”.

“We will, however, communicate our sales figures as part of diversified major Anglo American’s formal financial results announcements in February and July,” she states.

In September 2011, the Botswana government and De Beers announced that an agreement had been reached on a new ten-year contract for the sorting, valuing and sale of diamond mining company Debswana’s diamond production.

As part of this milestone agreement, De Beers agreed to transfer its London-based rough diamond sales activity, including professionals, skills, equipment and technol-ogy, to Botswana.

Gould highlights that between $5-billion and $6-billion a year will be traded in Botswana at the ten sights, which will create a platform for greater economic activity in the country.

She explains that moving the sights to Botswana was a catalyst for economic growth across Southern Africa, with the region being the world’s primary source of rough diamond sales. Further, the move created additional employment opportunities in ancillary services such as banking, security, information technology and supply chain.

“Equally important to highlight are the benefits the Botswana government will receive through not only its 15% shareholding in De Beers but also its 50% shareholding in Debswana and Diamond Trading Company Botswana, of which the latter is responsible for the sorting and valuing of Debswana’s rough diamonds.” Further, she says: “The partnership between Botswana and De Beers has been hailed as among the most successful public–private partnerships in the worl.”

Gould adds that about four out of every five dollars of cash generated by diamonds in Botswana stays in the country.

“This income has enabled Botswana to achieve its unique record of development success,” she concludes.