BME to focus on product improvement and organic growth

BME to focus on product improvement and organic growth 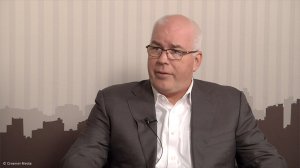 With commodity prices stabilising or improving and several mining projects entering the last stages of development or coming on line in 2019, explosives and blasting company BME aims to enhance its product offering, while investing in its existing footprint, says BME MD Joe Keenan.

BME will showcase its expertise, technology and scope of African investment at the 2019 Investing in African Mining Indaba, to be held from February 4 to 7 in Cape Town. It will also release several new products and improve its service offering this year, he states.

“From a bulk explosives point of view, there are two areas of focus. The first is reactive ground product . . . we’re doing research [on]work in sulphide mining, specifically underground bulk explosive formulations to make them easier to use and more robust. We’re also working on a software system that links to all the underground blasting equipment.”

From an electronic detonator point of view, BME is finalising the development of the next generation of detonators, says Keenan.

He also notes that BME is upgrading the BLASTMAP software to include through-seam blasting capabilities and is continuing its partnership with Axiotech in terms of introducing geofencing capability.

“Axiotech can provide centimetre accuracy on GPS tools and geofencing and we’re trying to integrate that into XPLOLOG technology – the backbone of our technology offering – which enables the user to collate and interpret data using one overarching system.”

Keenan says the integration of geofencing is a step towards autonomous trucks, which BME is targeting in the future.

He comments that the Mining 4.0 movement has led to the development of technologies and services that were “never thought to be applicable to mining”.

BME’s AXXIS centralised blasting system, for example, allows for electronic detonation in underground environments, as well as active monitoring and detection, which enable mines to take corrective action prior to a blast.

The system also allows for improved blast prediction using advanced analytics and data tools. Similarly, XPLOLOG monitors the activity and performance of teams conducting drilling, charging and stemming on a blast site, and allows for the control of key resources like emulsions.

Keenan notes that the technology’s ability to integrate multiple systems and technologies not only improves the overall operation but also provides transparency for clients, while each new product and service type allows for the creation of a new revenue stream.

BME has also invested significantly in its footprint, ensuring that it has service capability in all the countries in which it operates. “We recapitalised the company and invested heavily in manufacture and automation and we are open for business,” says Keenan.

BME opened its US headquarters in Denver, Colorado, in June 2018, to service mining, quarrying and construction; the company is considering sites to establish manufacturing facilities in key markets on the US West Coast.

Keenan adds that the company works closely with channel partners in Latin America, particularly in Chile, Peru, Columbia and Mexico, with an extensive footprint in Africa.

He notes that expansion to North Africa and the Middle East is not on the cards for the immediate future, but that there are plans to expand into Western Australia, having already established a base in Queensland.

Keenan says that the Indaba reverting back to an investment focus has positive connotations for the African sector, which has experienced decline, but has shown some stability and an “actual upturn” in some places.

“We’re starting to see investment in new mines, primarily in West Africa . . . there’s a resilience in gold again, as several central banks have started using it as a currency hedge driving demand.”

Further, he notes that there are more projects coming on line and a lot of them are in West Africa, which has gone through an exploration phase, with some projects now moving into development and production.

Keenan expects continued improvement in commodity prices in 2019, and, despite rising oil prices and negative foreign currency movement contributing to pressure margins, there is opportunity for growth, which is why “BME will continue to invest and continue to grow, but in nontraditional markets”.