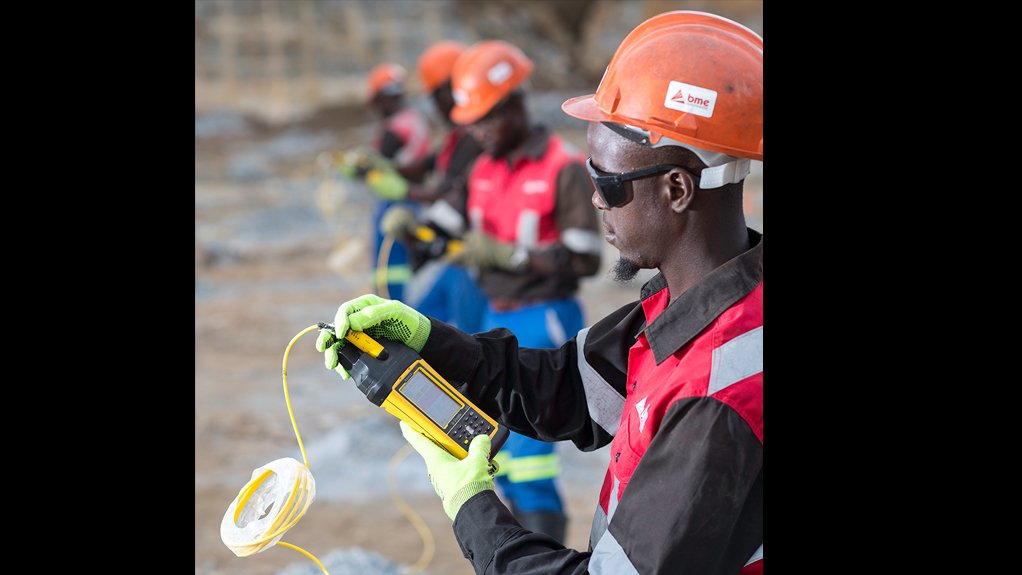 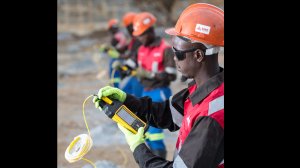 Explosives, related accessories and blasting services provider BME has broken the South African record for the largest electronic detonator blast by initiating 3 780 detonators in a single blast at a manganese mine in the Northern Cape.

“This was a normal production blast for the mine, where our team on site was, once again, able to deliver a quality blast to generate the customer’s specified fragmentation,” he notes.

The record blast used 461 t of BME emulsion explosive, which charged 2 679 blast holes measuring an average depth of 9.2 m. About 890 000 t of overburden was moved by the blast, powered by high-quality emulsion from BME’s Losberg plant in southern Gauteng.

BME also supplied the necessary accessories for the blast, including boosters and surface wire.

Boonzaaier says the versatile and easy-to-use AXXIS system is facilitating the mine’s move towards larger blasts, which will allow blasting to take place less frequently, reducing the disruption caused by blast-related pit stoppages and improving the mine’s productivity.

BME has been providing the mine with a full blasting service since 2016, with a 23-strong site team on the block including a foreman, blasters, operators and assistants.

BME has notched up a string of blasting records since it introduced its ground-breaking AXXIS electronic initiation system to the local market in 2010, according to the company.

Early records include South Africa’s largest blast in 2011, which used 3 111 detonators to initiate a single blast at a nickel mine in Mpumalanga, as well as a record blast of 3 256 detonators in 2014 at a local platinum mine.

On the global stage, BME has a world record blast of 7 401 electronic detonators in the main pit of the Kansanshi copper mine, in Zambia.

Before that, BME had also broken a world record in Australia, firing 7 350 detonators in a single blast at a large opencast coal mine in Queensland, Australia.