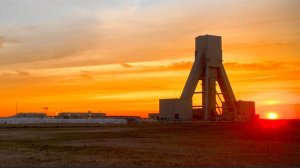 Nonbinding memorandums of understanding (MoUs) with major importers are in place for up to 100% of the future production of the massive Jansen potash project, which diversified major BHP is building in Saskatchewan, Canada.

BHP last month announced that it was going ahead with the Jansen mine, which would cost C$7.5-billion in the first phase. The mine will produce for 4.35-milion tonnes a year of potash – a key element in plant nutrition.

BHP said that its team, which was geographically diverse, would have about five years to build relationships with buyers and to secure binding sales before first production from the mine.

The group would replicate its “tried-and-tested model of marketing directly to major customers via regional offices, leveraging BHP’s broader commercial resources”, it stated in slides dealing with its potash marketing plans.

The miner believes that Jansen will be well positioned for entry into the market, noting that buyers welcome a new independent entrant to diversify and support growth. Jansen’s location and environmental, social and governance credentials are also believed to be attractive to buyers.