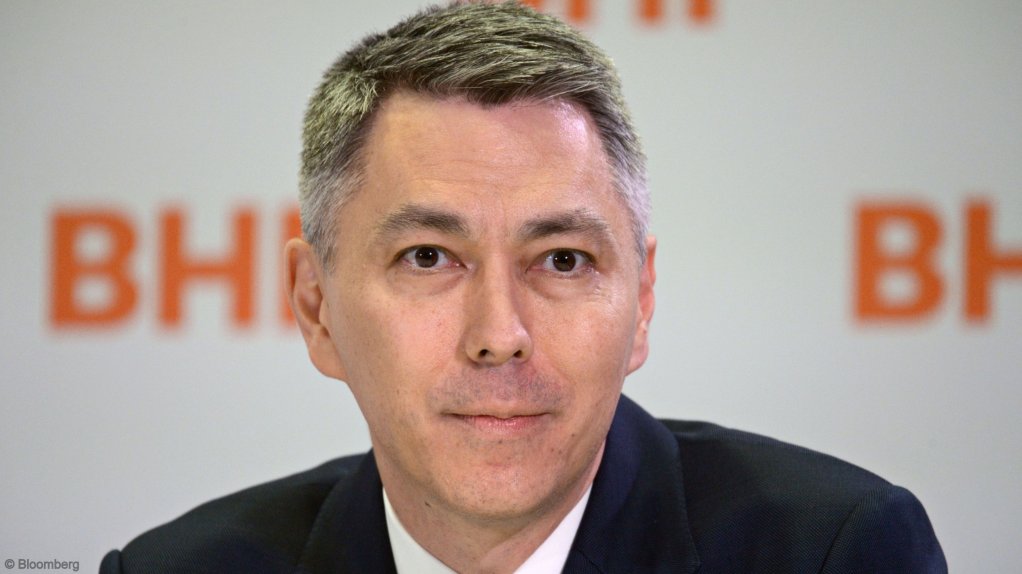 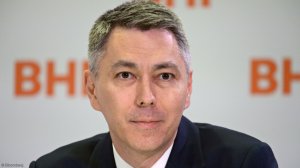 The miner on Wednesday reported that full year copper production was trending towards the low end of the guidance range of between 1.59-million and 1.76-million tonnes, while the metallurgical coal guidance has been reduced as a result of significant wet weather impacts and Covid-19 related labour constraints.

Copper production in the three months to December reached 365 500 t, while half-year production accumulated to 742 000 t.

The miner reported lower volumes at Olympic Dam due to the planned smelter maintenance campaign, completed in January 2022. This was partially offset by higher volumes at Antamina. Escondida copper production decreased by 15% to 488 000 t due to concentrator feed grade decline despite a record performance for material mined.

Metallurgical coal production for the December quarter was stagnant compared with the previous quarter, reaching 8.8-million tonnes, but down 8% in the half-year, to 17.6-million tonnes.

BHP reported that Queensland coal production decreased due to significant wet weather, with double the amount of rainfall, coupled with Covid-19 related labour constraints impacting stripping and mine productivity across most operations. A longwall move was successfully executed at Broadmeadow and the Caval Ridge wash plant maintenance was also completed on time during the December quarter.

Following the recent easing of Queensland’s border restrictions, Covid-19 related absenteeism has increased and remains a risk for the remainder of the year. Workforce absenteeism arising from the Covid-19 Omicron variant is anticipated to continue into the early part of the second half of the 2022 financial year.

Energy coal production was impacted by significant weather events during the quarter under review, with BHP reporting three times the amount of rainfall in this quarter, which impacted stripping and mine productivity. This was partly offset by mining in lower strip ratio areas.

BHP in November announce a share sale and purchase agreement with ASX-listed Stanmore Resources to divest its 80% interest in BHP Mitsui Coal (BMC), an operated metallurgical coal joint venture in Queensland. The purchase price comprises $1.1-billion cash on completion, $100-million in cash six months after completion and the potential for up to $150-million in a price-linked earn-out payable in the 2024 calendar year.

Completion of the transaction is expected in the middle of the 2022 calendar year subject to the satisfaction of certain conditions, including customary competition and regulatory conditions.

The miner also this month completed the sale to Glencore of its 33.3% interest in the Cerrejón joint venture in Colombia. The transaction was first announced in June 2021 for a total cash consideration of $294-million.

The Western  Australian iron-ore operations finished the half year at near record production levels, despite the impacts of temporary labour constraints relating to Covid-19 border restrictions and the planned major maintenance on car dumper one and the Jimblebar train load out. BHP said that the solid production performance reflected the continued strong supply chain performance including higher car dumper performance and improved rail cycle times.

In December, BHP approved the South Flank autonomous haulage project to automate the current fleet of Komatsu haul trucks. The project is scheduled to commence in the June 2022 quarter and is expected to be completed within 18 months.

BHP noted that the proposed easing of Western Australia’s border restrictions on February 5, may introduce some short-term disruption to the operating environment as the Covid-19 pandemic evolves in the state.

"BHP was fatality free at our operated assets for the third consecutive year. Our continuing focus on people and on operational reliability enabled us to achieve near record production in iron-ore and to reduce the impacts of adverse weather and Covid-19 related labour constraints in our operations,” said CEO Mike Henry.

“Cost control remained strong across the business, in the face of a more inflationary environment. Unit cost guidance remains intact bar a change to metallurgical coal which is a function of the lowering of production guidance as a result of significant wet weather and in anticipation of Omicron headwinds in the early part of the second half of the financial year.

“We completed major planned maintenance programs in our iron-ore, Nickel West and Olympic Dam assets. In Nickel West, we achieved first saleable production of nickel sulphate crystals from the Kwinana plant, an exciting new addition to our product suite that will further enhance our offering into the battery electric vehicle market. The ramp-up of South Flank continues to progress well. The Spence Growth project is realising lower than expected recoveries and we are studying plant design modifications in order to lift recoveries to planned levels.

The lover volumes in the December quarter were due to reduced seasonal gas demand at the Bass Strait, which was partially offset by a Shenzi infill well, which was brought online, along with higher production at the North West Shelf.

“We advanced the Jansen potash project and announced a share sale agreement of our interest in the BHP Mitsui Coal metallurgical coal joint venture. We bolstered options in future facing commodities investing in prospective copper assets in the Northern Territory and South Australia and we secured an early stage entry into a world-scale nickel sulphide resource in Tanzania.

“Overall we made good progress in positioning our portfolio and performance to deliver returns for shareholders now and into the future.”