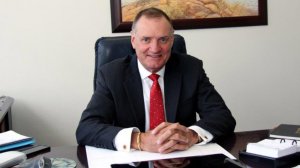 He tells Mining Weekly that the local diamond beneficiation industry has “shrunk significantly” from its historical global peak 20 years ago. He emphasises that, while the local industry used to boast more than 4 500 diamond polishers at its peak, this number has shrunk to fewer than 300 diamond polishers.

“There is little beneficiation still taking place in South Africa. Most of the country’s polished end-product is being imported, which has resulted in a severe decline in the local industry.”

Blom states that this notable decline is the result of the inability to process diamonds at the speed, quality and cost required to remain competitive globally. South African diamond polishers process diamonds at a cost per carat rate that is four times more expensive than that of global competitors, such as India and China.

Blom further reiterates that local processing times are significantly slower, with the final product not up to international standards in most cases.

He acknowledges that, as diamonds are a concentrated medium of value that are easily transported to global processors, countries that cannot produce at a competitive price will be overlooked by their global and local diamond manufacturers.

Blom suggests that a lack of industry promotion from the South African government and insufficient diamond processing training programmes are the causes of the country’s current inability to compete in the global domain.

Government could be doing significantly more to protect and promote the local diamond beneficiation industry through the implementation of legislative amendments, particularly in terms of the fiscal regulatory environment, he says.

“We need to ensure that we have level playing fields,” Blom stresses. He explains that the diamond industry is a dollar-based industry, with South African traders forced to trade in rands for dollars within a volatile global currency market that is plagued with uncertainty, whereas most other countries are permitted dollar accounts that enable the members of their diamond industry to trade in dollars for dollars, resulting in greater market certainty.

Simultaneously, local diamond processors cannot afford to import international rough diamonds to be processed locally – as it once used to – owing to value-added tax (VAT). He claims that, at any time, the South African Revenue Service owes the local diamond industry approximately R400-million in VAT, which impacts negatively on the industry’s cash flow.

Blom adds that government also needs to address taxation policies in the diamond industry. While diamond beneficiation global industry leaders, such as India, are implementing tax-free trading zones for diamond polishing, South Africa has not followed suite and charges tax on imports. He suggests that the implementation of turnover tax would be far more equitable, bring in more revenue for government, and make the industry competitive.

“This negative fiscal regulatory environment is promoting international diamond processors, but is leaving South Africa behind.”

Blom further posits that a more intensive diamond polisher training programme is required for local polishers. He states that a six-month course on polishing is inadequate in producing a skilled labour force that can process diamonds at the speed and quality that the market is accustomed to seeing from international suppliers.

“I am optimistic that the industry can be turned around, but it is going to be a long process during which government and industry will have to work together to address the challenges and take the industry forward,” he concludes.