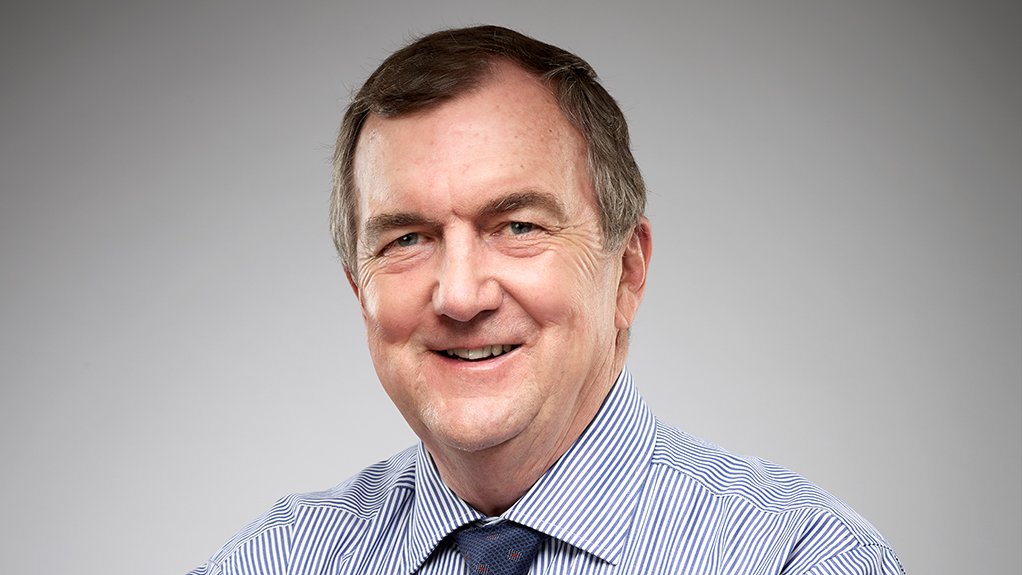 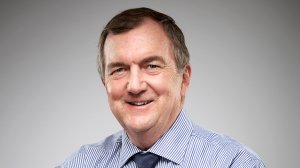 JOHANNESBURG (miningweekly.com) – The rise in the gold price has prompted a resurgence of the short-termism which has plagued the market, with some investors focusing on short-term gains rather than sustainable growth, Barrick Gold CE Dr Mark Bristow said on Wednesday, when his New York- and Toronto-listed company paid a quarterly dividend of 9c a share, on net earnings a share of 30c, for the three months to March 31. This will be topped up by a three-tranche return of capital distribution totalling $750-million through the course of the year, taking the per share yield based on yesterday’s closing share price to 3.5% for 2021.

Since the first quarter of 2019, Barrick, on a quarterly basis, has beaten consensus seven times and equalled it twice. The company’s solid start to the 2021 year has put it on track to achieve 2021 production targets, having generated 31% more copper revenue in the quarter, when operational cash flow hit the $1.3-billion mark.

“This is about growing a pie, and with a bigger pie, you can share a lot more. But as everyone slices it up, you end up with nothing,” Bristow commented to Mining Weekly in a telephonic interview.

“This industry is a partnership between capital, labour and governments and our responsibility as the managers of businesses is to shepherd and brace that partnership to ensure that it’s optimal, and that it doesn’t exploit but does deliver value to the stakeholders - all of them,” said Bristow.

Barrick’s top-tier gold mines all delivered strong financial performances in quarter one. Net cash increased by $0.5-billion despite an advanced tax payment to the state of Nevada on the back of free cash flow of $0.8-billion.

“This Covid pandemic has really, in my mind, created an abnormal, disproportionate, distorted global market, because the people who couldn’t afford to go without work were actually let loose, and the people who could afford to manage through this crisis, just ended up with a lot more money. This world is completely distorted. If you add up all the GDPs, you don’t get to the global debt, so something’s wrong because an accountant will tell you that’s not possible,” he said.

Barrick made the point in a media release that the industry as a whole was not replacing what it mined and that the real winners would be the companies who grew their businesses for the long term, rather than focusing on short-term gain. The company elaborated further to say that it was extending its ten-year plans to 15 and even 20 years.

“Our industry hasn’t really invested in itself. We’ve demonstrated in the past two years that it’s important to consolidate and to grow and to remain relevant, and you can’t do that if people are demanding,” Bristow said.

In the years of 2011, 2012 and 2013, Randgold Resources, now merged into Barrick, became the premium gold play by avoiding short-termism and strengthening its balance sheet.

This enabled the company to walk into the merger with Barrick with its head held high. It is doing the same thing this time around. Barrick’s balance sheet is currently the strongest in the industry, augmented by realising $1.5-billion through the streamlining of its portfolio.

As the owner of five of the top ten gold producing operations in the world and with strong cashflows, no net debt and a ten-year plan based primarily on declared reserves and resources, Barrick’s focus remains firmly on the future and on the creation and delivery of long-term value to all stakeholders, Bristow emphasised.

The Barrick merger with Randgold led to a resurgence of value-creating deals. This was followed with the Nevada Joint Venture. Thereafter, Newmont acquired Goldcorp and the Australians were energised after Barrick sold Kalgoorlie to drive consolidation that has been beneficial. The Detour Lake gold mine transaction also grew Kirkland Lake Gold and silently, the Russians have also been consolidating.

“So, the industry is in a better place, and absolutely if we run valuable businesses, we deliver better returns and the returns are both a bigger pie and also returns in kind, whether it’s tax to our host countries or dividends to our owners.

“But you don't do that without investment because the mining industry is a consumptive industry. I just look back from May 2019, when we had done 11 transactions, all value-creating, all ending up with Barrick getting something more than they had,” said Bristow.

Mining Weekly: But to what extent is integrated exploration taking place in gold?

Bristow: I think it’s very scarce. People get confused between mergers and acquisitions and dusting off old tired assets because the gold price has gone up a little higher and exploration is research and development. It’s smart people with a long-term horizon building value. It’s taken us all of two years to really get our teams to a level where we can claim that we have a vision that drives us of long-term delivery of mega discoveries. Of course, again we had work to do to walk back, because Barrick had such a lot of debt that it was high-grading its assets. The assets were of high enough quality to be behind that for a while but one of the things I’ve done is walk that back, and if you take our quarterly presentations, you’ll see a lot of geology and exploration reporting under each operation. If you think of when we started mining at Loulo-Gounkoto, in Mali, in 2005, and today, we’ve got more than ten years of over 650 000 oz/y, having mined there for 15 years. Now, that’s a real tier-one asset. We’ve already been mining for nine years in Kibali, in the DRC, and it’s got 12 more years. We’re at 750 000 oz/y, and we’ve still got colour into the future. And, of course, Nevada is probably the most  prospective destination in the world for gold mining but it was neglected for a long time. So, you’re going to see us talking a lot more about it. We’re starting to look at 15-year life-of-mines in Nevada. So, it’s exciting times and when you get real geologists in the ground, and you give them support and the encouragement, you get the results, as is happening at the Goldrush complex, where they’ve just hit the orebody.

Mining Weekly: South Africa is in desperate need of exploration. What are the essentials to ensure that it does so successfully?

Bristow: First of all, to get good exploration, you need good geologists. One weakness in South Africa’s mining culture is that it’s got this concept of line and non-line service and in mining, everyone’s in the line, and whether you are a geologist or an environmentalist or a human resource executive, or a mining engineer or a metallurgist, you’re all integral. In fact, as I’ve always said, geologists are the ones that really do create value. After that it’s about how you minimise wastage of that value in the form of dilution or sending too much gold to the tailings dam or not doing  proper commercial transactions in your supply chain, or employing the wrong people. All of that creates a modern mining company, which again if we as miners actually promote, is a unique opportunity for young people because it’s a collection of highly skilled disciplines, which you don’t see in this modern service-led world. We’ve got to marry that with doing things responsibly. Being really committed to our future generations. Mining is here to stay. It’s an integral part of everything we do but it’s a question of whose going to do it because it’s an industry that is the basis of more than 50% of the economic activity of our world today. It’s a very small market cap, but it has far-reaching impacts. At the same time, it’s an unloved industry and we’ve got to make ourselves more relevant to every day.

Mining Weekly: What good can mining, preceded by exploration, do for a country?

Bristow: Last year we were 10% of the GDP of Mali and if you look at the changes we’ve made in the deal with the Tanzanian government, they have been absolutely material. I was privileged to open their investment conference there, which, as you know, is now suddenly back and open to the rest of the world. In Nevada, advanced taxes supported the Nevadan economy because gaming got slaughtered by the Covid virus. If you think of where Mali was when I first went there back in 1992, it’s a different place, while still having a long way to go. Just look at Johannesburg. If you wanted to build a city you would not build it so high up where there is no water and where it is so far from a harbour, but what put it here was gold mining. There’s a classic example of what mining can do. And Australia is built on mining and so is Canada to a large extent. We’ve got really good examples. That gets me back to the whole concept of importance as a global player. I always say if you want to be world class, you’ve got to be global and, again, fund managers and funds need to understand that, sure, being a good steward of the environment is absolutely critical, but if you don’t worry about poverty, and leaving large chunks of society behind, that’s a much more dangerous situation, and as miners we reach in and build infrastructure, which then builds other things. Whether you talk about the history of the United States, which is a relatively young economy, or the more mature economies in Europe, everywhere you go, you’ll see that mining played a role in the initial infrastructure and the construction of an economy.