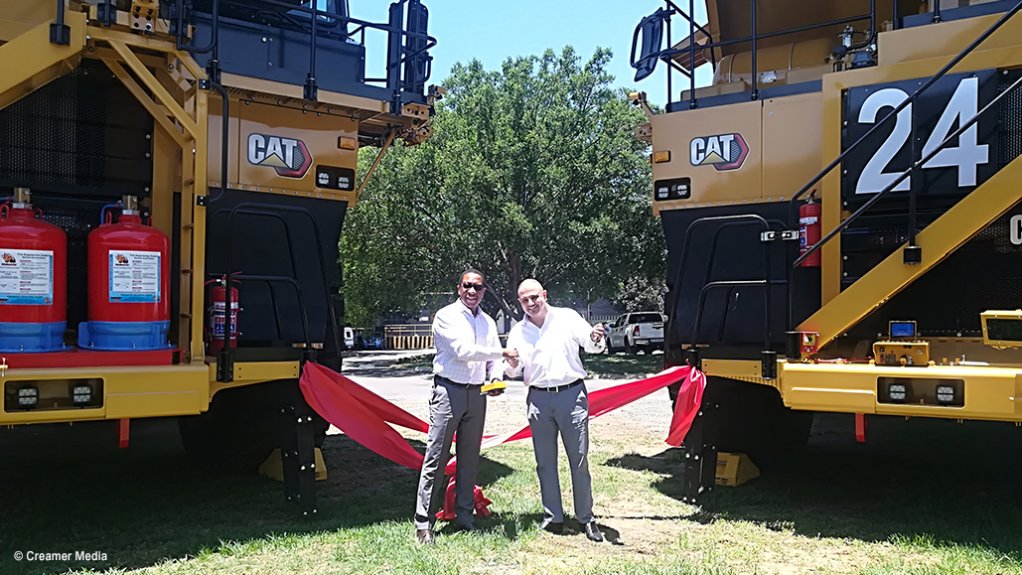 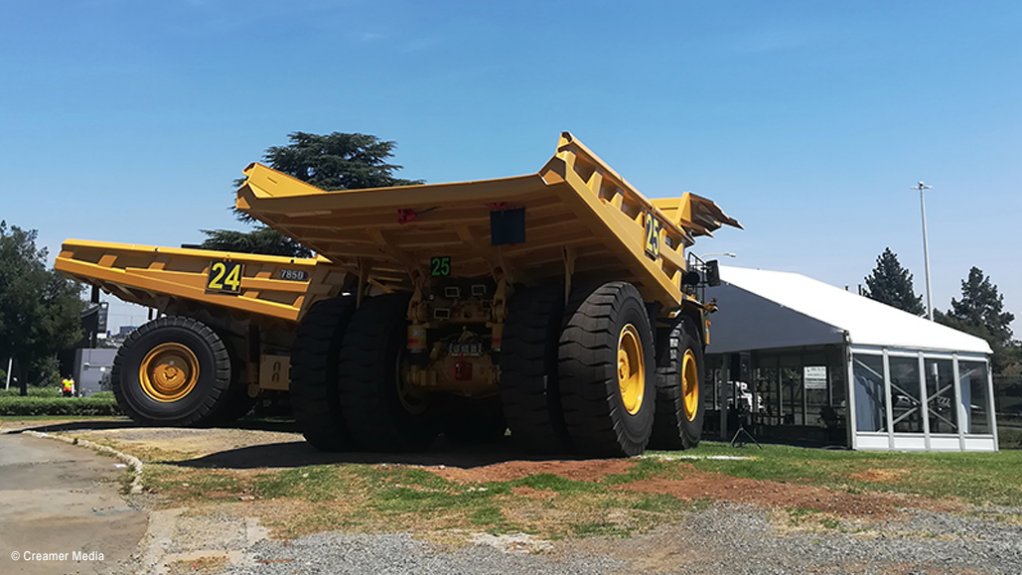 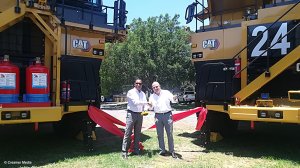 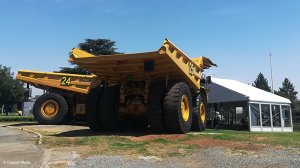 Barloworld Equipment is the sole Caterpillar dealer for earthmoving machines and power systems in Southern Africa. The handover took place at Barloworld’s operations in Isando, Johannesburg.

This handover was part of Tharisa’s investment three years ago into new specialised mining equipment from Barloworld to augment its existing fleet for its operations, CEO Phoevos Pouroulis said, speaking during the handover.

He said another piece of equipment would be handed over to Tharisa in January.

Barloworld Equipment Southern Africa CEO Emmy Leeka highlighted the importance of high-quality machinery and partnering with a company that had deep capabilities to extensively support customers.

He thanked Tharisa for the company’s support over the years, and its continued confidence in Barloworld, as evidenced by this new deal. With the challenges brought about by Covid-19, Leeka said this continued support had helped the company continue to succeed and mitigate the impacts of the pandemic.

Moreover, he highlighted both companies’ commitment to sustainability, with discussions being held between the two in terms of what the partnership would look like in the future.

He said Barloworld was committed to creating equipment that helped operators meet their decarbonisation goals.

Leeka said this aligned with Tharisa’s visions for the future, as it aimed to reduce its carbon footprint by 30% by 2030 and to be carbon neutral by 2050.

“It is pleasing that we are partnering with original-equipment manufacturers that are assisting with this,” Pouroulis acclaimed.