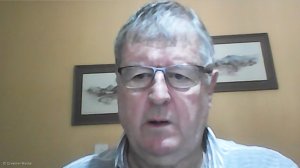 JOHANNESBURG (miningweekly.com) – Barberton should be the prime target to get South African gold mining going again, with geologists having an input at all stages of development and mining cycle.

“The main area that I think we should be concentrating on now is on Barberton. I think it has some exceptional geology,” said highly experienced exploration geologist Graham Gavine in a Zoom interview with Mining Weekly on how South Africa’s major exploration potential can be unlocked. (Also watch attached Creamer Media video.)

The small mines down in Barberton, Consort, Fairview and Sheba, continue to operate at fairly low tonnages very profitably.

He noted that by the early part of the 20th century, those mines were already in production and 120 years-plus after production started they are still in production.

With the right mindset and the right geological skillset, he expressed the strong belief that Barberton could form the basis of a new South African gold exploration and mining thrust.

“I think the big challenge there is that it must be geologically driven. The geologists must have an input at all stages of development and the mining cycle. We know these quartz vein shear zones do have their quirks but if you have a geologist on hand, he’s drilling, he’s mapping, he’s putting the data together, he’s understanding what is going on, and that keeps the mine going.

“If you look, unfortunately, at the tragedy at Lily Mine, the company there is in business rescue, but they’ve got some very good assets around Lily. They've got Barbrook just down the road and a lot of that is shallow and if those come into production, they’re going to remain shallow for a considerable period of time. The potential is there. It just needs to be relooked at and perhaps a mindset change or two,” he said.

One of the pleasant tasks of a geologist on a Barberton mine, he said, is to expand the resource continually to replace what has been mined out, with Barberton gold mines generally having tonnages of about 20 000 t to 25 000 t a month at grades of about 5 g/t to 8 g/t.

Gavine regards Pan African Resources as an excellent model to emulate: "They’ve got their working costs under control, they’re working on their exploration, they’re looking at opening up another section of Royal Sheba," he said in expressing strong belief that the Aim- and JSE-listed Pan African has immense potential in the greater Sheba/Fairview area.

He recalled how Barbrook had been partly developed by Rand Mines, which ran into problems in the early 1990s and closed the operation but left a legacy of data which is easily accessible.

Noting that the old Agnes gold mine, now owned by Galaxy, is in the process of being re-opened, as well as Princeton, he said: “The sooner we start, the better it will be for the country.”

He is of the firm view that Barberton and the lesser greenstone belt offers enough on which to focus and to reassess against the backdrop of current economics.

Gavine praised the gesture of AngloGold Ashanti to make available detailed reports, drill hole cores and drill hole logs, as well as assay results that cover many areas that have been explored. He suggested that target areas on AngloGold's SA Exploration Hub, which is accessible from the company's LinkedIn page, might be selected to see if there is anything worth pursuing.

He noted that details of a subsidiary central rand upper Witwatersrand basin had also been delineated in the southern Free State, which could be an area of potential gold-bearing reefs and expressed awareness of boreholes having been drilled there.

Generally, however, the availability of data and the inability to grant prospecting rights timeously was the greater challenge for South Africa right now, and until this was solved, it would continue to be a major challenge.

He recalled that discoveries in the Witwatersrand basin between the 30s and 50s had led to an incredible number of gold mines being brought into production. "This pushed South Africa into being a leading mining country. But we reached peak gold production in 1970 of 1 040 t and since then there's been this long tale of decreasing gold production to about 120 t of gold. If we can keep that sort of level of gold production going a lot longer it might help the industry but we need new mine development continually to get mines into production a lot quicker than a traditional Wits mine,” he said.

What was required now, Gavine said, was the right attitude, a Department of Mineral Resources and Energy (DMRE) functioning as it should, and the right investment policies.

He emphasised that the backlog mentioned in Parliament on the granting of prospecting rights (PRs) was a major investment inhibiter and spoke of having personal experience of suffering a long period of waiting for a PR to be issued.

"It’s just a continual frustrating exercise in trying to get realistic answers out of the DMRE as to what exactly the problem is. There seems to be a different viewpoint every time you ask questions,” said Gavine, who was extensively involved with AngloVaal’s Avgold north of Target gold mine, in the Free State, where he still sees promise although it involves the challenge of having to go below 2 500 m.