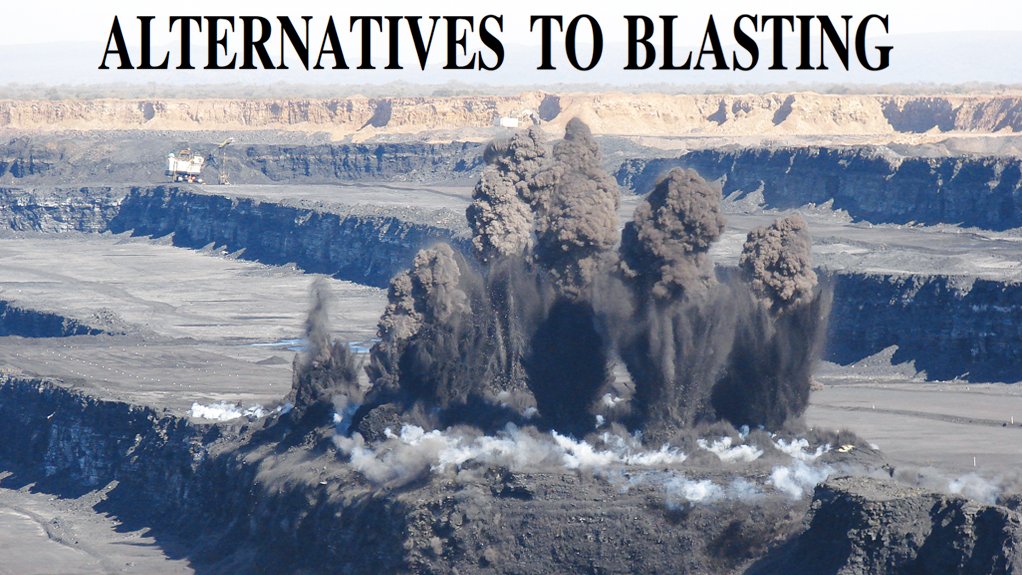 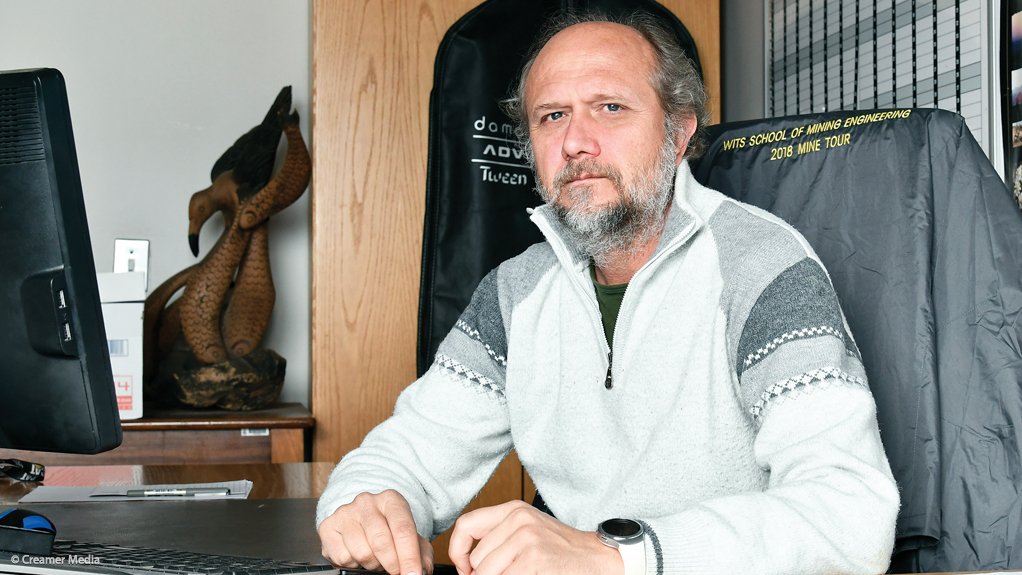 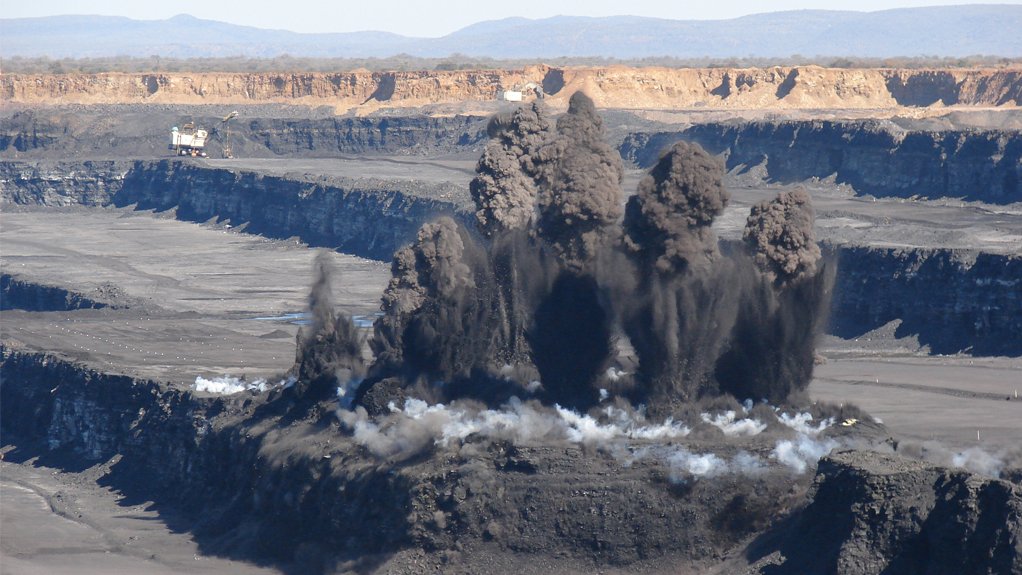 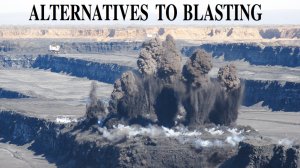 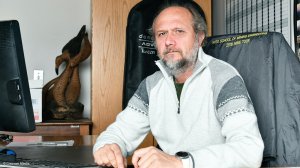 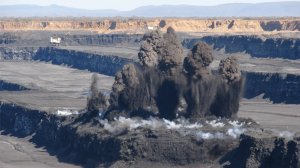 ERHAN ULUDAG People tend to focus only on the tool or system that interacts with the rock to break it, such as explosives or non-explosive rock-breaking machinery, but it is just as critical to assess the system that gets the tool to the rock face, as well as the systems behind the tool
PATH TO MECHANISATION Moving away from the historical drill and blast method of mining will be a major first step in realising mechanisation, automation and remote control in the mining industry

The South African mining industry, once the backbone of economic growth, intensive job creation and development in the country, is in constant decline, owing to the slow rates of research and development into newer, safer, modernised, mechanised and continuous mining methods.

A key pillar of improved mining efficiency and safety for personnel – as mining takes place at greater depths to access orebodies – is using alternative rock-breaking methods to replace the legacy explosives-based methods.

Minerals Council South Africa (MCSA), formerly known as the Chamber of Mines, states that the local mining sector has been considered a labour-intensive industry for more than a century, with mining characterised by physically demanding drilling methods, and operations punctuated by blasting and cleaning on a stop-start basis. This means that, for a period, mines are in limbo between charging holes and clearing stopes.

Drilling and blasting methods have historically been used in narrow-reef, hard-rock mining for gold, platinum and chrome in South Africa. Initially, when mining depths were not great – by current standards – explosives were used, and are still used, as the primary method to break hard rock.

However, regular blasting may lead to serious impacts, such as inducing seismic events and falls of ground, which are a major cause of mining fatalities.

Safety is currently a key consideration for the mining industry at large, with the aim being to achieve ‘zero harm’ in the near future. In this light, explosives-based rock breaking is being considered with fresh, yet sceptical, eyes.

Commentators are increasingly apportioning blame for postblasting seismic events and ground instability to the use of explosives, and attention is being drawn to the noxious fumes emitted after a blast. Other dangerous incidents associated with explosives are misfires in charged holes.

MCSA states in its modernisation roadmap that, if modernisation and the manufacture of high-technology, robust and specialised mining equipment are to be achieved, an ad hoc approach cannot be contemplated. To take the industry forward, the development, manufacture and implementation of remotely controlled mobile equipment to break, load and haul ore continuously need to be expedited, it says.

The council also points out that rock breaking will need to be explosives-free, although “work on developing continuous miners that satisfy these criteria has yet to begin in earnest”.

A keen eye is being kept on nonexplosive rock-breaking methods and technologies by University of the Witwatersrand (Wits) School of Mining Engineering senior lecturer Erhan Uludag, who is pursuing doctoral research on the subject, which covers the investigation of as many as 70 nonexplosive rock- breaking techniques.

“There has been consensus over the past 20 years that mining layout (the disuse of explosives) needs to change, but very little has actually changed in that time,” he points out.

He tells Mining Weekly that, although role-players in the mining and construction industries have floated a vast number of ideas on how to break hard rock, some options are better than others in terms of their potential applicability. Some of these technologies include well-known methods of rock breaking, such as continuous miners, drum shearers, oscillating disc cutters and tunnel boring machines. Others include abstract and unconventional methods, such as nuclear rock breaking, chemical decomposition, microwave fracturing and the use of high-pressure laser jets.

However, Uludag points out that none of the nonexplosive solutions can be categorised as a one-size-fits-all method. The commodity being mined, mine layout and the mining method are some of the key factors that need to be taken into account when considering the development and eventual implementation of a new rock-breaking solution.

Two nonexplosive rock-breaking methods that could be used in the deep-level hard-rock mining industry piqued Uludag’s interest. Microwave fracturing and high-pressure, water- guided laser jets will use thermal energy to fracture rock, after which a mechanical instrument will extend the crack and physically break the rock.

However, both techniques are untested for mining-specific applications, he notes. “Laser cannot be used as it currently exists, but modifications to the basic system could be developed to create an initial fracture in rock, after which a mechanical system can be used to break the rock.”

The laser technique would piggyback on a high-pressure water jet system, which will push water into the rock and guide the laser through the water streams, to points where it is required to fracture the rock.

The same applies to the microwave technique, although a few mineral processing technologies already use a form of microwave technology to process mined material, thereby creating data sets which can be easily coupled with new research and development to adapt microwave rock fracturing to underground hard-rock mining. Microwaves could be used to exert energy into the rock, thereby creating fractures.

Using microwaves can create a much finer material through the rock-breaking process, thereby allowing for more efficient ore processing and cost-effective operations, as processing plants can operate at lower capacities.

A serious shortage of mining-specific laboratories to test new equipment has prompted Uludag to knock on the doors of major equipment manufacturers and mining companies in South Africa with a request to sponsor capital and resources to develop a purpose-built equipment laboratory at the Wits School of Mining Engineering.

“I think this is what the future holds for nonexplosive rock breaking”, he says, explaining that he intends to build a laboratory to primarily test the microwave technology and then the laser technology to cut any hard-rock material.

“The laser water jet is yet to be tested in a mining environment, but the technology has otherwise been used in other industries for precise cutting,” says Uludag, noting that laser was successfully tested as early as 2017 on cutting through granite.

He enthuses that microwaves and laser have the potential to be like “keyhole surgery” for mining – “it can be very precise and enable a miner to follow the reef wherever it may go”.

The fact that any new nonexplosive mining method will be highly mechanised will also allow for the incorporation of an array of sensors that would assist miners in ensuring that they can efficiently and accurately follow a reef in real time as mining progresses. “This would also lead to a new type of exploration while mining.”

However, radical new mining techniques, with high degrees of automation, remote control and mechanisation, would entail the rethinking of mine planning and mine layout. In this regard, it might, therefore, prove more difficult to convert existing mines to new, continuous nonblasting methods because they will incorporate more supply chain logistics than the drill-and-blast method.

“People tend to focus only on the tool or system that interacts with the rock to break it, such as explo- sives or nonexplosive rock- breaking machinery, but it is just as critical to assess the system that gets the tool to the rockface, as well as the systems behind the tool, such as materials handling systems,” says Uludag.

He explains that the mining method behind the rock-breaking machine is just as important as the actual tool. “This means you have to design the mining system and layout according to all these criteria – otherwise, it won’t work as it should.”

Developments into nonexplosive mining technology are the first step to automation and remote control, says Uludag.

He explains that current deep-level mines and those that will mine at deeper levels in the future will need to rely on unprecedented degrees of automation and remote control as the underground environment becomes more dangerous and inhospitable to humans. Continuous mining methods will, consequently, play critical roles in keeping humans safe above ground and vastly improve efficiency.

Further, new mechanised machinery will allow for more precise mining, which will enable miners to focus on thin reefs that were historically deemed unfeasible to mine using the current narrow-stope method. “There are so many reefs . . . that have not been touched because they are too thin, and trying to mine them using conventional methods will result in dilution and low grades,” notes Uludag.

He also highlights that a fully automated and remote-controlled mining supply chain will save on operating and infrastructure expenditure because machines do not require fresh-air ventilation systems, extensive lighting and tunnels.