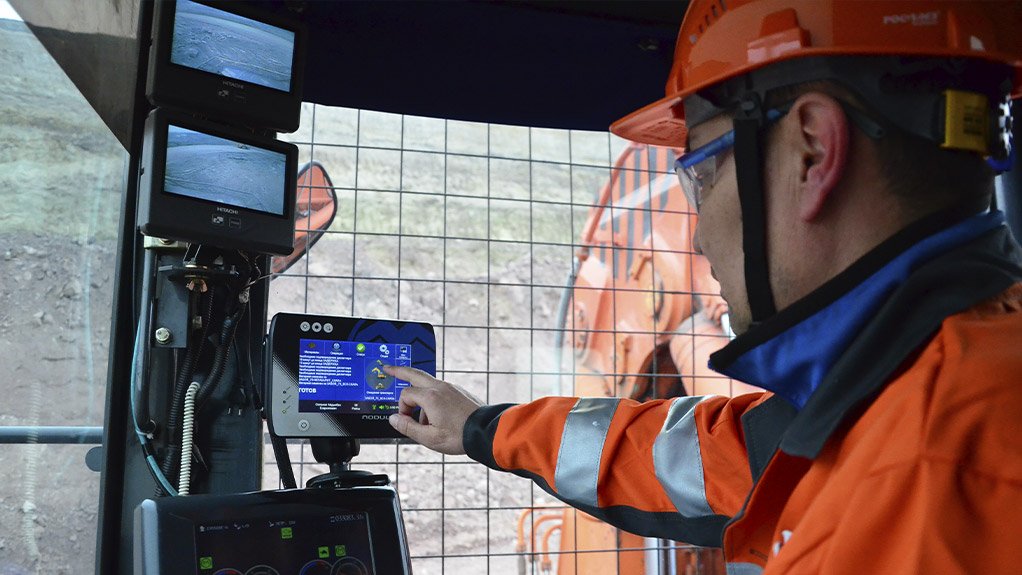 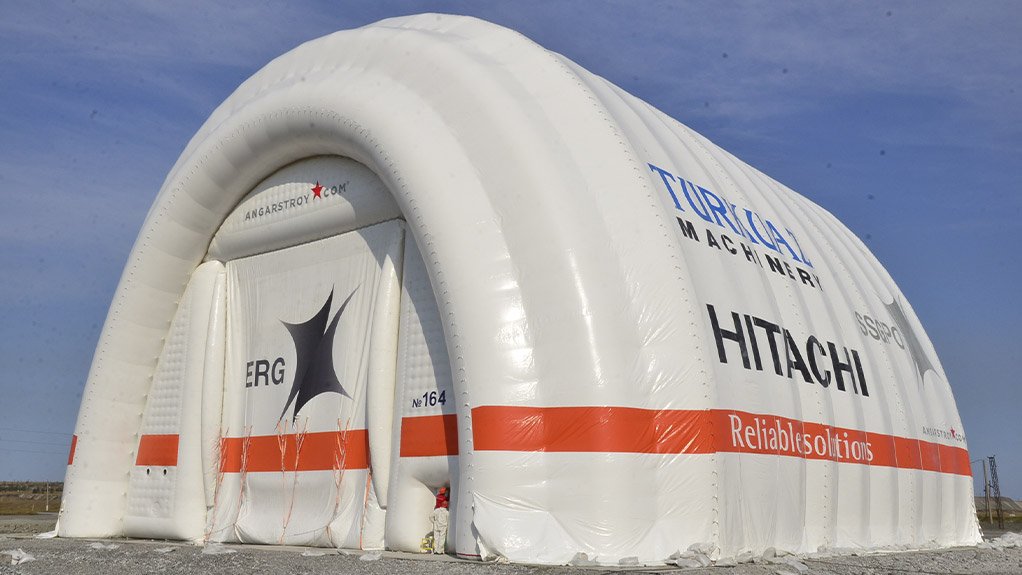 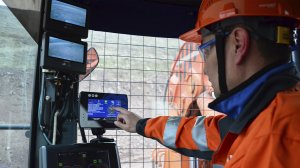 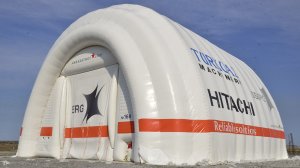 The maintenance and running repairs to the mine’s Caterpillar trucks and road construction equipment are now carried out at this facility, which was established within a month.

SSGPO upgraded and converted an old building, initially designed as a warehouse, into a well-equipped repair facility.

On-site mechanics now have two offices and a repair shop to conduct equipment maintenance and running repairs. Additionally, a lubricant dispenser was installed in a specially designated area to significantly reduce vehicle downtime during lubricant replacement. Following the installation, the average amount of time required for maintenance of one dump truck has decreased from eight to five hours.

The repair yard also includes a new garage for technical inspection and repairs of 180 t Hitachi EH3500AC II dump trucks. The construction of the new air-supported structure took five days – a total of 20 days if the concreting of the foundation is included. This mobile structure can be moved to a different site, if necessary.

The main advantage of the new facility is that it provides comfortable working conditions for repairmen throughout the year. 180 t trucks are too large for existing conventional repair shops at the Kacharsky site, as their considerable size – about 7 m high, 9 m wide and 13 m long – ensured that they could only be serviced indoors if the dump body was removed – a timeous exercise.

Consequently, for several years, maintenance was done outdoors, even during extreme temperatures. Following the launch of the new repair facility in 2017, maintenance is now carried out in a comfortable environment.

“There is no doubt that more innovations will be introduced at the Kacharsky site in the future,” SSGPO says.