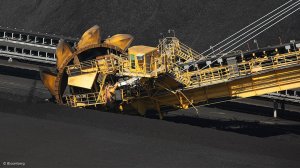 PERTH (miningweekly.com) – Asia’s thermal coal demand could increase by some 400-million tonnes by 2030, a new report commissioned by the Minerals Council of Australia (MCA) found.

The growth will be driven by electricity demand growth in Southeast Asia and India driven by industrialisation and urbanisation, use of high efficiency low emission (HELE) coal technology and solid population growth.

Most of this growth is expected from countries that are existing customers of Australia’s high-quality coal, including Japan, China, Taiwan and Korea, as well as newer buyers such as Vietnam, the Philippines and Thailand, the report by industry analyst Commodity Insights, found.

Thermal coal supply may tighten due to Indonesia commissioning a significant volume of new coal-fired capacity over the next decade, which will potentially divert large volumes from the export market to domestic use in Indonesia.

The MCA on Tuesday said that Australian coal is ideally placed to meet this growing demand from Asian customers because of its high quality, which reduces emissions when compared to lower-quality coal from other exporters, and supplier reliability.

“We are also close to key markets and have good infrastructure availability,” the MCA’s executive director for coal, Greg Evans said.

Australian thermal coal exports have grown from 112-million tonnes in 2007 to 200-million tonnesin 2017, in response to strong demand growth in Asia and higher coal prices.  However, the country was facing strong competition from Indonesia and South Africa in the Asian seaborne thermal coal market.

However, Indonesian coal is of lower quality than Australian thermal coal and is also more susceptible to price fluctuations due to lower margins. Also, while South Africa has taken a strong market share in the western Asian markets of India and Pakistan, it has struggled to gain a foothold in the north Asian and southeast Asian markets due to a freight differential and strong competition from Indonesia and Australia.

The report also highlights challenges, including the need for Australia to add or expand mines and infrastructure, particularly rail, in a timely fashion to support this growth.

“Approval processes for new mines are long and costly and involve numerous stakeholders and levels of government,” Evans added.

The report notes that the sheer volume of red and green tape is extremely onerous, and possibly out of balance with other jurisdictions.

“Better policy settings would help the industry grow to meet the expected demand increase and deliver continued benefits to Australians, such as large royalty payments to taxpayers in New South Wales and Queensland,” Evans said.