As competition for streaming deals intensifies, Silver Wheaton willing to step back, look to consolidate 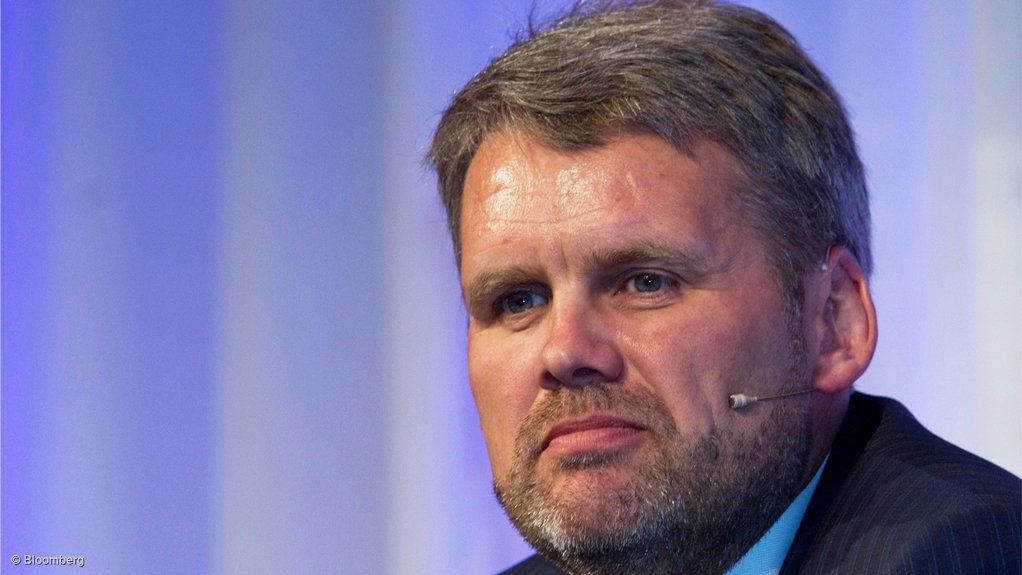 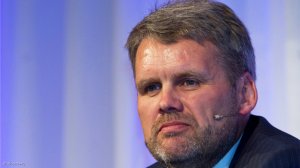 VANCOUVER (miningweekly.com) – The pioneer and largest proponent of the precious metals streaming model is willing to step back from current frenzied activity by several new market entrants, each vying to get a foot in the door.

“To quote one of the bankers: ‘they [new market entrants] have a very strong need to transact’,” Silver Wheaton president and CEO Randy Smallwood tells Mining Weekly Online in an interview.

Smallwood explains that these companies are making some “very aggressive” bids on some of these opportunities, perhaps biting off more than they can chew.

While there are several attractive extremely early stage projects well over $500-million, if not over $1-billion in deal value, the bulk of the opportunities are in the $400-million-or-less streaming size capacity, which is “pretty competitive”, Smallwood states.

He noted that one of Silver Wheaton’s more successful acquisitions was indeed in taking over a smaller entity. “We’ve had good success in this space and hopefully we can do it again. We have plenty of capacity and there are a number of opportunities out there."

Smallwood outlined one of the company's business strategies as being able to stand back. "There are a number of small companies that are trying to get their foot in the door and it may mean that we step back and let these guys exhaust their ammunition and then look for opportunities to consolidate,” he said.

At September 30, Silver Wheaton had $1.35-billion drawn and outstanding on the $2-billion revolving facility, which combined with its formidable free cash flow, places it in a strong position to pursue deals.

GOLD WEIGHTED
Silver Wheaton’s output is progressively reflecting increasing gold volumes, currently accounting for about 45% of the revenue stream, with silver at 55%.

Silver Wheaton still prefers silver, Smallwood stresses. However, the company faces a dearth of suitable silver projects out there.

“There just haven’t been any new investments in the lead/zinc space for quite a while, and now that we see some better base metal prices, hopefully we do see some more investment.

"It’s almost by virtue of need that we’ve been picking up more gold investments. When I look at the corporate portfolio we have in front of us, it’s heavily biased towards gold,” Smallwood said.

He believes the reason for this trend is owing to gold generally being produced as a by-product of copper, whereas silver comes as a by-product of lead/zinc assets. “Up until recently, copper prices have dropped substantially and that’s why I think we have seen more copper companies reaching out, in need for some support.”

PRICE BOOST
Smallwood pointed out the timing of year-to-date gains up to recently by precious metals, that saw silver and gold gain more than 20% each, are a boon to the company’s balance sheet.

Two of its significant investments are reaching full production this year, being the second line at Vale’s Salobo mine, in Brazil, and Hudbay’s Constancia mine, in Peru, which has continued to improve output each quarter this year.

It all adds up to “incredible” record cash flows for Silver Wheaton. “We expect to record well over $600-million in free cash flow at the end of the year, which will be a very strong year for us. It’s been a healthy bounce back from four years of pain and misery in the precious metals space,” Smallwood said.

Meanwhile, the rebound in base metals prices is something that is needed, he stressed, because the industry has not seen a lot of investment for quite a while. He points to several copper projects coming on line that were committed to several years ago, and that is probably the reason why out of all base metals, Silver Wheaton is most bearish on copper and more bullish on lead and zinc.

Similarly, lead and zinc prices have been very low for so long and now they are starting to rise. “Balance sheets are strengthening, hopefully signalling increased appetite for new mine investment, which is where our streaming model really works best,” Smallwood stated.

PORTFOLIO STRENGTH
Smallwood said that despite certain near-term challenges at certain assets such as lower-than-expected results from San Dimas and Peñasquito (which prompted Silver Wheaton to lower its full-year guidance for silver to 30-million ounces, down from 32-million forecast earlier), its asset base is doing well.

So well in fact, that the company upped its full-year gold guidance to 335 000 oz – 30 000 oz more than previously expected, as the Salobo and Sudbury mines ramped up.

The outlook is also bolstered by several project expansions and enhancements set to benefit the company over the coming years.

Smallwood points to Vale talking about another expansion at Salobo – Salobo 3 – for which the company is expecting to see firm plans put in place over the next couple of years. Goldcorp has also committed to a pyrite-leach programme at Peñasquito, which is expected to dramatically improve precious metals recoveries that will benefit Silver Wheaton.

“Even Primero is having small successes at San Dimas, along with a few other challenges, but they are working their way through this; and off course Antamina is hitting it out of the park with very strong performance,” Smallwood said.

Silver Wheaton has entered into 19 long-term purchase agreements and two early deposit long-term purchase agreements associated with silver and/or gold, relating to 30 different mining assets, whereby Silver Wheaton acquires silver and gold production from the counterparties. The company provides an initial upfront payment plus an additional cash payment for each ounce delivered, which is fixed by contract, generally at or below the prevailing market price.

During the three months ended September, the per ounce price paid by Silver Wheaton for silver and gold under the agreements averaged $4.51 and $390, respectively, providing healthy margins even at low precious metals prices.

Smallwood noted that he is closely monitoring the strength of the greenback as it is a direct connector to precious metals.

“We’ve seen strong optimism with respect to how the US is doing – promises of infrastructure spending and tax cuts – but unfortunately the math does not work for me, so we think this is more emotional rather than logical, and emotions tend to run out of gas. We will probably see prices continue at current lower levels for several months until at least the middle of 2017, when we see some strong support for precious metals prices emerging,” he said.

CRA REASSESSMENT
Further, Smallwood said the company is even more confident than ever of its position that it does not owe the Canadian Revenue Agency (CRA) anything as a result of reassessments of internal transactions that has resulted in a hefty potential CRA tax bill.

He pointed to the recent victory of Canadian oil sands operator Suncor, which won their case against the CRA. “They won their case completely, reinforcing the fact that CRA can be beat. We don’t believe we will have to pay anything. We believe the correct number is zero and we’re very confident of our position,” he said.

Silver Wheaton is embroiled in an acrimonious standoff with the CRA over the agency’s reassessment of its 2005 to 2010 taxation years. The revenue agency aims to collect taxes on income earned by Silver Wheaton’s offshore subsidiaries totalling about C$353.4-million. An appeal in the Tax Court of Canada commenced January 8. The litigation is currently in document discovery phase, with oral discovery to start some time in 2017.

The CRA had also in January notified the company that it would be reassessing the company’s international transactions covering the 2011 to 2013 taxation years, potentially placing the company on the hook to pay another C$310-million in tax for the period. The potential exists for the CRA to also want to reassess the 2014 and 2015 tax years, which could add a further C$106-million to the tax burden.