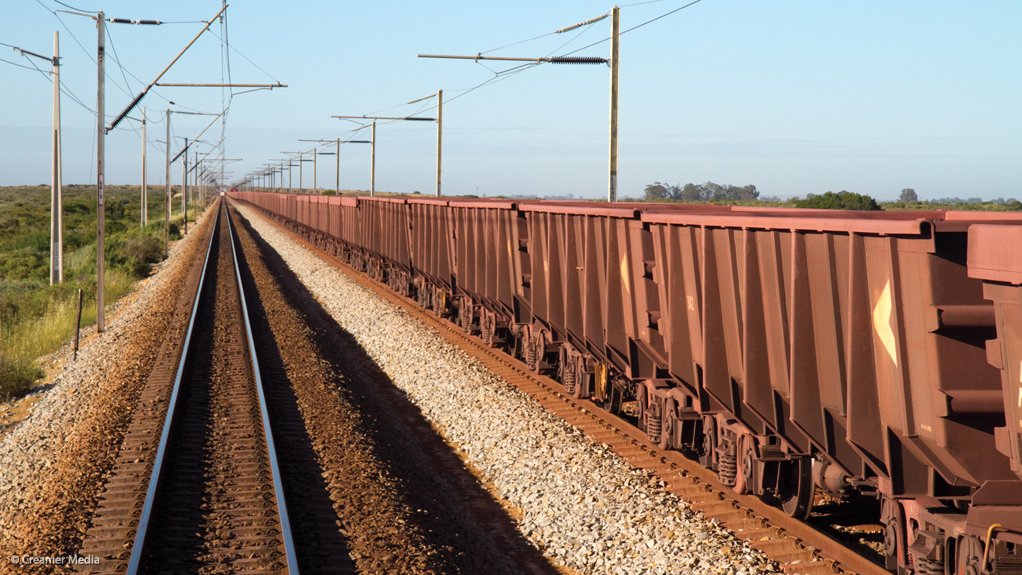 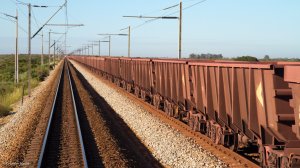 ArcelorMittal South Africa (AMSA) has confirmed that it will seek to secure third-party access to Transnet’s rail network as part of efforts to stabilise the logistics involved in supplying key raw materials, such as iron-ore, having experienced an intense period of rail disruption during the first half of 2022, which cost it some R650-million in lost sales.

CEO Kobus Verster reports it has told Transnet Freight Rail (TFR) of its intention to gain access to the rail network, despite the fact that the utility has not yet made a suitable general-freight slot available to AMSA, resulting in a legal lacuna.

TFR is currently running a process to sell 16 slots, bidding for which closes at the end of August, but Transnet CEO Portia Derby has reported that third-party access will be expanded to 42 slots in 2023 and will become a permanent feature of the rail operating model.

The collapse of rail services during the six months to June 30 resulted in a 235 000 t loss of sales and also resulted in AMSA taking the “extraordinary step” of implementing a month-long shutdown of one of the blast furnaces at Vanderbijlpark “to avoid the risk of an uncontrolled stop due to insufficient inventory, particularly of iron-ore”.

The JSE-listed group reported an 8% decrease in sales volumes during the period and a 30% drop in crude steel production, which slumped by 441 000 t, from 1.5-million tonnes to 1.1-million tonnes period-on-period.

However, AMSA still reported a 22% rise in interim headline earnings of just over R3-billion, on the back of a 30% rise in realised rand steel prices.

The “dysfunctional” rail situation resulted in the JSE-listed company resorting to road transportation for as much as 35% of its iron-ore and, at one point, Vanderbijlpark was receiving 6 500 trucks a month.

“It should not be receiving material by road at all,” Verster highlighted.

TFR indicated that its inability to service the mill was the result of a combination of a shortage of locomotives and an unavailability of spares to repair its existing fleet, owing largely to an ongoing dispute with the Chinese Railway Rolling Stock Corporation.

In addition, the rail network had been badly disrupted by cable theft, with Transnet confirming that it lost 1 500 km of cable in its 2021/22 financial year alone.

In the short term, the steel group is developing a road-based strategy to “fill the gap” and has also built-up buffer stocks during the period when the blast furnace was shut.

However, it intends to approach TFR with a proposal for access to the network so that it can again increase the proportion of material it is receiving by rail.

AMSA does not intend owning the locomotives and wagons and will seek to partner with a rail operator on the strategy.

Verster says that at current low utilisation rates, Vanderbijlpark is able to operate with deliveries of ten trains a week, but that tempo should be closer to 16 trains a week for sustainable operations.

Meanwhile, Verster confirms that a decision has been made to push ahead with investments in solar photovoltaic (PV) and wind plants in Gauteng and the Western Cape, respectively, as part of measures to mitigate against intensifying load-shedding and to support its decarbonisation strategy.

It is also possible that the solar PV investment being planned alongside its operations in Vanderbiljpark could be enlarged beyond 100 MW given President Cyril Ramaphosa’s announcement that the 100 MW licence-exemption threshold for such projects had been removed.

The wind project proposed for Saldanha Bay was likely to take longer to develop, as environmental authorisation was still required.

Verster confirmed that AMSA, or the larger ArcelorMittal Group, would take direct equity in the projects, which were being prioritised as part of a decarbonisation roadmap, which would be released before the end of the year.

The decarbonisation plan is likely to include a proposal for the development of 500 MW of renewables over time.

In addition, a prefeasibility study was under way into the repurposing of the Midrex facility at the mothballed Saldanha Steel mill to produce green direct reduced iron (DRI), using green hydrogen as a feedstock.

It is anticipated DRI will initially be sold in Europe, where it is likely to command a price premium, but could be used to produce domestic steel at a later stage.

AMSA says it is working with multiple partners on the project, which has multiple components.

To produce the green hydrogen feedstock, a 1 GW renewable energy facility would be required to provide the electricity needed to convert water into hydrogen and oxygen using an electrolyser.