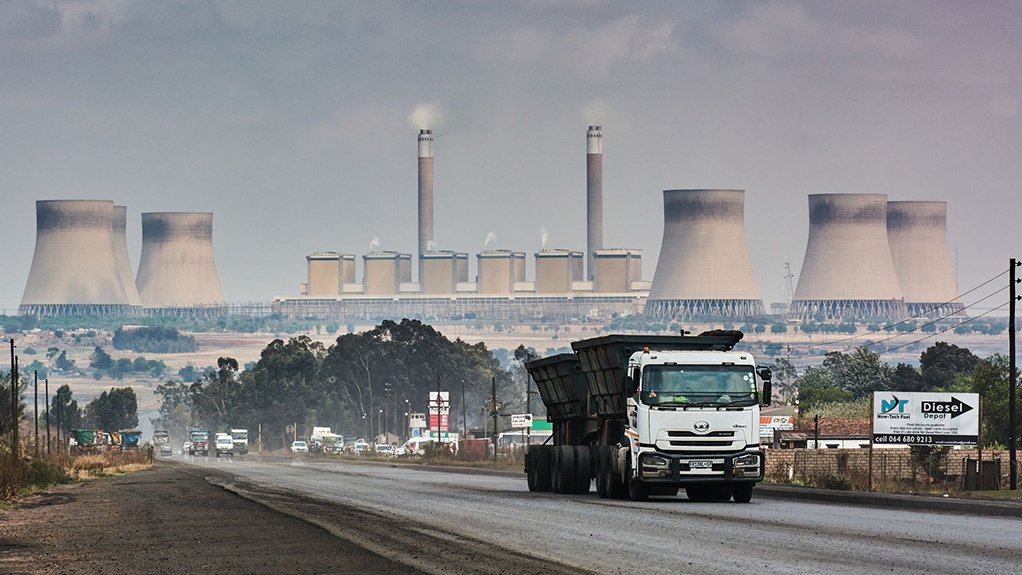 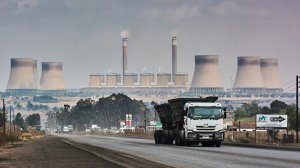 State-owned Eskom has reported that another coal delivery truck driver has been arrested at the Camden power station, in Mpumalanga, after he was found in possession of subgrade coal destined for use by the power utility.

The truck belongs to a transporter that is contracted to deliver coal to Eskom. Two other truck drivers were arrested two weeks ago at the same power station for being in possession of stolen coal.

While the truck left the mine with the correct specification of coal, the product was swapped out with inferior-quality coal at a known illegal coal yard in the area prior to the delivery being made at Camden.

During questioning, the truck driver admitted that he was allowed to exit the Wonderfontein coal mine – also in Mpumalanga – by security, without the tarpaulins on the truck being sealed with the prescribed seals and that the seals remained in his possession upon exiting the mine.

The driver was placed under arrest and a criminal case with various charges was opened with the South African Police Services (SAPS) at Ermelo. The truck and trailer were also impounded, with additional arrests expected in connection with the incident.

The Bidvest Protea Coin Tactical Task Team, which is contracted to Eskom to investigate coal, diesel and fuel oil theft cases, detected the truck as it left the illegal coal yard in Middelburg. The team followed the truck to the Camden power station where it was stopped at the gate.

The driver alleged that an employee of the Wonderfontein mine instructed him to proceed to the illegal coal yard in Middelburg and to offload the coal before proceeding to Camden. He was further directed by the employee to deliver the replaced substandard coal product to Eskom.

The trailer was then sealed at the illegal coal stock yard using the issued seals after the subgrade coal was loaded, whereafter the driver proceeded to the power station to deliver the coal.

“The arrest of these unscrupulous individuals is a significant step in our fight against crime in Eskom, and we shall continue in our pursuit to ensure that the perpetrators face the full might of the law,” Eskom security GM advocate Karen Pillay said on November 23.

She said the Eskom Security Team, the Bidvest Protea Coin Tactical Task Team, as well as the SAPS, were working to identify and disrupt the criminal networks to root out criminal elements that are contributing to Eskom’s woes.

Eskom reported that an investigator from Bidvest Protea Coin was offered a R50 000 bribe for the release of the driver, which was declined. It is not clear who offered the bribe nor whether the perpetrator was charged for doing so.

Stockpiles of coal destined for Eskom from the contracted mines are pretested and certified by both the supplier and by Eskom. It is required that the coal delivery trucks are inspected at the source and that the trailers are sealed on site for security purposes. These seals are to remain intact until the truck reaches the specified Eskom power station, where it is again inspected for tampering before the coal is offloaded.

Eskom has discovered that these processes are deliberately bypassed by some criminal elements working at the mines, as well as within the transportation companies and within Eskom as well.

The replacement of quality coal with discard coal has a serious negative impact on the power stations and on their ability to produce electricity.

Coal theft is highly organised criminal activity, with syndicates being enriched through the proceeds derived from trading in stolen coal. Eskom continues to lose billions of rands owing to the misappropriation of coal and similar commodities, which directly affects production.

There are several known illicit coal stockyards and dump sites in Mpumalanga, which are recipients of stolen coal. It is not clear why these sites are allowed to continue operating.

Eskom said it would the required support to the SAPS and the National Prosecuting Authority to ensure that all suspects are successfully prosecuted and that stiff sanctions are meted out to deter other offenders.

Eskom has urged the public to report any information regarding coal, petrol, oil and diesel theft to the Eskom Crime Line on 0800 11 27 22.