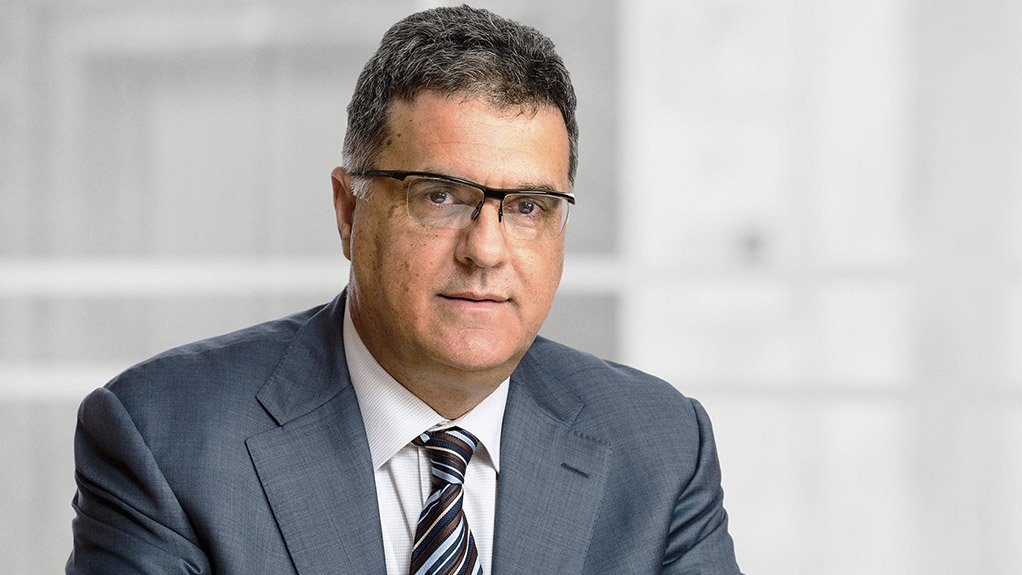 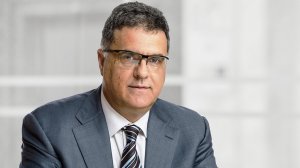 Diversified mining multinational Anglo American on May 11 provided a detailed overview and update of the technologies that are being developed and deployed group-wide, as well as the impact of its operating model changes, to sustain and improve its operations.

“Technology and innovation are central to how we create a fundamentally more sustainable business,” said group technical director Tony O’Neill.

He noted that the group’s FutureSmart Mining initiative, started in 2015, focused on how the group could change the footprint of mining, including its water and energy consumption.

“Other activities include precision and innovation to drive a step-change that is ambitious and transformational. It also looked at reliability and best-in-class performance, setting us up for the future over the next 15 to 20 years. The initiative was aimed at creating end-to-end systems across the entire group of businesses," he explained.

"It is clear that there are no boundaries between our FutureSmart and sustainable working programmes. The two areas are inherently interconnected and are part of the same purpose and ambition,” he added.

Group head of mining Matt Daley, meanwhile, provided an overview of the P101 value chain improvement initiative, which used a 2017 self-assessment to benchmark Anglo’s value chain against the industry baseline.

This includes mine design and life-of-mine (LoM) planning, blasting design, drill and blasting execution, design of roads and haulage improvements, simulation of equipment activity and interactivity and plant performance.

"The initiative was designed to identify best practice principles and embed them into management's routine and it is fully integrated with the group's operating model," he noted.

This approach also enables the group to more effectively deploy technology, and has led to it achieving or exceeding industry benchmarks, and supporting new ways of mining and processing as part of the FutureSmart programme, he pointed out.

P101 is layered onto the group’s operating model to deliver new benchmark levels of performance across its operations and provide stability and predictability to performance, explained O’Neill.

“FutureSmart is integrating technology and digitalisation with the full spectrum of our sustainable mining plan ambitions – particularly our water and energy targets and our pathway to carbon neutral operations by 2040.

“Together, our approach is providing the next step-change in our operating and financial performance,” he said.

The P101 initiative has led to operations learning from one another and enables the group to more effectively roll out new technologies to operations.

The initiative has delivered benefits of $2-billion and has contributed to lowering capital intensity by about 30%, while planning and analysis of each aspect of operations are at levels not achieved before, he said.

"This gives us different insights and an understanding of the business, particularly value flows and further opportunities to add another layer of stability to unlock further value."

Further, Daley stated that LoM planning was key to locking in performance over an operation’s LoM and ensuring the right materials were in the right place at the right time.

The company has also improved mine geometries, eliminating vertical interactions and achieving a step change in productivity.

"Blasting design led to a 14% improvement in fragmentation at the Los Bronces copper mine, in Chile, and the change led to optimal downstream milling benefits, and helped to eliminate trim and buffer blast.

“This reduced the frequency of weekly blasts by 20% to 50% and led to more productive hours and improved shovel load rates by about 50%, leading to a more than 25% improvement in shovel productivity," he detailed.

An additional focus on blast execution led the company to develop a standard and real-time in-field digital platform to ensure all aspects of drilling and blasting compliance are met and that allows for blasts to be modified as field conditions change.

Digital twins - virtual simulations that use data from physical equipment - have been used to improve haul roads and operating performance. The company models truck and operator performance and then measures their in-field performance and determines what modifications must be made to roads or what training operators should do to improve performance.

“This also provides greater optionality, meaning the company can either move more material or focus on higher value to drive efficiency by parking unused equipment and lowering the unit costs and further capital requirements," Daley said.

Plant performance focused on throughput, run-time and recovery. The performance of the plant at the Minas Rio iron-ore mine, in Brazil, was improved by 7% through a systematic review and debottlenecking and circuit reconfiguration, with changes made to pumping and piping to eliminate bottlenecks to run as efficiently as possible using the existing infrastructure. This allows the company to make improvements for low capital costs.

The P101 maintenance strategy has also contributed to more operating hours a year and led to an improvement of 12% at the Moranbah Complex Coal Plant, in Queensland, Australia.

Recovery is also critical and P101 is focused on the recovery of the full orebody potential. Geometallurgical modelling tailoring operating parameters to mined material, circuit reconfiguration, reagent optimisation and operating parameter adjustment have led to a 2% increase in mass recovery and a 9% improvement overall to plant performance at Minas-Rio.

Meanwhile, multiple disciplines, including geology, geotechnical and mining, were deployed to improve operations at Kumba Iron Ore’s mines in South Africa’s Northern Cape. This led to new blast designs, processing, maintenance and modifications to plant crushers and screens, delivering a 5% improvement in lump:fine ratio and resulting in an increase in revenue from the site after completion.

The full benefit of P101 requires locking in the improvements and building a foundation to redefine the benchmark. It also positions the company for future autonomy and technology deployment, said Daley.

Additionally, group head of business improvement Dave Palmer provided an overview of how Anglo’s initiatives had been embedded within its operating model to deliver value. P101 had delivered $2-billion to date, and the company was confident it would deliver $3-billion by the end of 2022.

"The goal is to have all systems that can be automated fully automated by 2024, with an expected $170-million improvement in underlying earnings. We are on track to double this improvement. APC can also help to optimise water and energy consumption. APC at the Chilean operations contributed to a 7% reduction in energy used by the grinding mills.

"Each time we build a technology solution and solve a problem, we look at where else it can be deployed. The APC solution has been used in our platinum operations, leading to a 4% reduction in power consumption, while APC has helped reduce the carbon dioxide footprint of nickel production in Brazil by 8 000 t."

Group chief data officer Arun Narayanan detailed the company's digitalisation work, which provides Anglo with the ability to more readily use expertise from across its operations as, when and where needed, and provides the foundation for further deployment of technologies.

"To achieve our 2030 target of decarbonising, we need to displace 1.5-billion litres of diesel through the use of green energy and using excess power to produce hydrogen on site. We are building the largest fuel-cell-powered vehicle that is currently undergoing testing and will be delivered to South Africa and installed before the end of the year.

"The aim is to roll out hydrogen vehicles to seven sites before 2030 and we aim to kick off the first production site at Mogalakwena in 2024," said Waller.

Further, the company has made significant progress on its microwave differential heating technology. Some minerals respond to microwaves that pass more readily through waste, causing breaks along the ore:grain boundaries, making milling quicker and increasing throughput.

The company is rolling out the technology at the Los Bronces mine, but it has applications across platinum and copper.

Further, Anglo is also looking to improve the speed with which new mining technologies can be developed, and it aims to reduce the typical 15- to 20-year cycle for new technologies to two- to five-year cycles. This has become a competitive advantage for the company, said Waller.

Group head of carbon neutrality Pierre Herben detailed the work the company was doing to achieve its goal of decarbonising its operations, and noted that about one-third of its emissions were the result of electricity sourced from fossil-fuel power plants and direct use, such as coal for smelters.

He also highlighted work to capture methane emissions from coal mines, improve energy efficiency across the group and how it would work to decarbonise hard-to-abate sources of emissions after 2030.