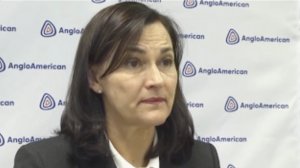 The JSE-listed company has already completed the design and build of the infrastructure required for the production of hydrogen, its storage and refuelling at its flagship Mogalakwena platinum group metals (PGMs) mine in Limpopo. (Also watch attached Creamer Media video.)

Speaking after presenting a spectacular set of half-year financial results, Viljoen said Amplats had set targets to improve energy efficiency, which involved reducing absolute greenhouse gas (GHG) emissions by 30% against a 2016 baseline by 2030 and to achieve zero Scope 1 and 2 emissions by 2040.

She added that Amplats’ total Scope 1 and 2 emissions in 2020 amounted to 3.94-million tonnes of carbon dioxide (CO2), with most of this arising from the use of coal-fired electricity as well as the use of diesel and coal at its operations.

Just under one-million of those tonnes came from Mogalakwena, where most of the diesel associated carbon emissions are generated from the truck-and-shovel fleet.

To reach the goal of zero emissions at Mogalakwena, Amplats had divided its plan into four areas of:

“We’re very excited about the progress we’ve made towards our zero emissions mine solution at Mogalakwena,” Viljoen added in the presentation covered by Mining Weekly.

Over and above the design and build of the infrastructure required for the production of hydrogen, its storage and refuelling being achieved, testing of the haulage truck’s fuel cell and the integrated drive train had been completed, with delivery to site scheduled for the fourth quarter.

The hydrogen refuelling test had been completed and the relevant hydrogen storage capacity installed.

The installation of the electrolyser was under way with the first production of hydrogen due towards the end of the year.

In response to Mining Weekly’s question on whether renewables and green hydrogen would also be considered for use in the company’s PGM smelting operations, Viljoen responded that Amplats had taken note of a number of announcements that the iron-ore and steelmaking industry had made over the last while on the use of green hydrogen.

“We are looking into the potential of using similar forms of energy but we’re certainly not as far progressed as the iron and steel industry is at the moment,” she added.

In response to Mining Weekly’s follow-up question on the potential carbon tax and import tax that could result from the failure to decarbonise smelting, Amplats CFO Craig Miller said carbon tax is one of the considerations that the company has in terms of the future cost base and being able to evaluate the benefits of reducing carbon by 40% by 2030 and being carbon neutral by the end of 2040.

“We paid around about R13-million in carbon tax in the first half, so relatively insignificant. However, what we do see is that increasing quite materially and therefore that’s a great incentive for us, not only with regards to the environment benefits, but for a cost benefit being able to look at alternative forms of energy to be able to reduce our overall cost base,” Miller added.