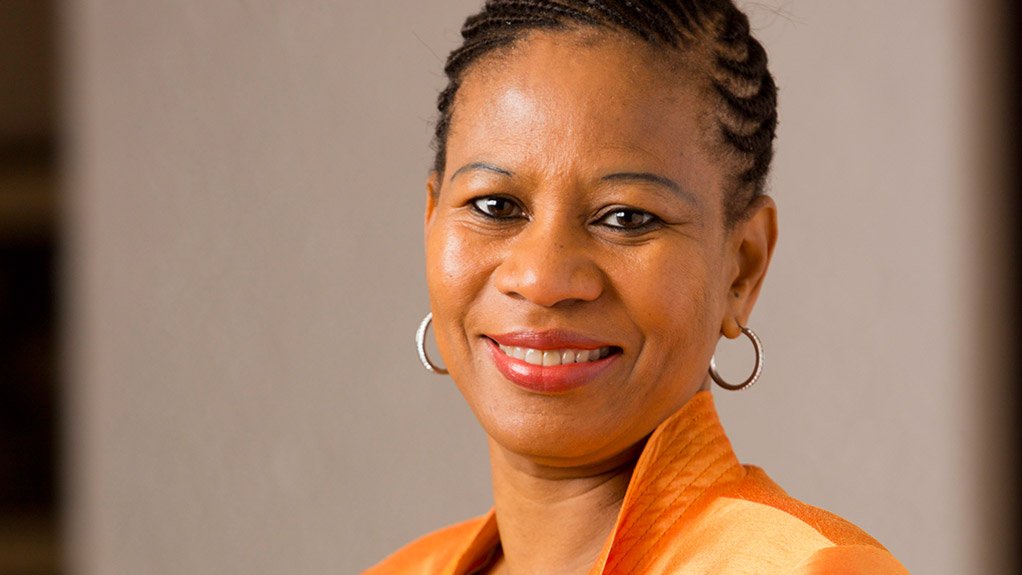 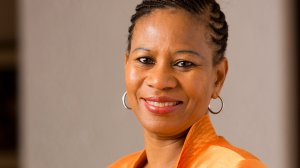 Diversified mining major Anglo American plans to have a significant impact on this year’s Mining Lekgotla, with women in mining as one of the issues that executive director Khanyisile Kweyama aims to highlight.

“We are the most diversified company in the mining industry and, globally, we have been acknowledged as the mining company that has the most women on its board, with women occupying 23% of the management positions in the company. Therefore, we can share lessons on how to approach diversity in the industry,” she explains.

“Anglo American wants to contribute to the process because we have 100 years of experience in the mining industry . . . and . . .  when the lekgotla started [in 2012], we deemed it necessary to be involved, as it is a forum that discusses the future of the mining industry.”

The Mining Lekgotla will profile the successes of women leaders in mining, such as Daphne Mashile-Nkosi, executive chairperson, cofounder and first female mine owner of Kalagadi Manganese, the black economic-empowerment company that holds the right to mine manganese near Hotazel, in the Northern Cape. Mashile-Nkosi will be a panellist and speaker at the lekgotla.

Still, Kweyama stresses that a lot still needs to be done in the industry to attract more women to the mining profession – particularly to the mining technical engineering sector.

While most mining companies have done a lot to attract women to the industry through tertiary education bursaries and training programmes, the process of attaining more technically skilled women remains a key challenge facing the sector. Kweyama adds that, while some women do not remain in the industry for long, others are simply not interested in working in the sector.

“Therefore, this topic of attracting women to and retaining their skills in the industry is one that the lekgotla should be promoting,” she says, adding that the discussions will identify key problems and focus on practical solutions.

Kweyama believes the skills gap and lack of experience in certain areas contribute further to the small pool of women in mining, which makes it difficult to appoint women in management and technical engineering positions.

Further, she notes that if the Mining Charter audit identifies that compliance in appointing a certain number of women in mining is still lagging, mining companies will need to produce accelerated and revised plans to fill the required numbers, in accordance with the Mining Charter.

Kweyama points out that women representation is calculated as part of the economically active population ratios within the 40% target for 2014 for each management level in the revised Mining Charter. For example, at Anglo American, where Kweyama is executive director for the South African business, the statistics for women as at the end of May comprised 18% of women in core management functions, 13% of women in ‘total women in core’, including non-managerial roles, and 23% of women in management. “I hope that we will home in on the technical fields at the lekgotla and that we will provide specific action plans for mining companies to improve on transformation.” She adds that, to attract women to the mining industry, action, such as improving the number of women with mathematics and science skills and maintaining women’s interest in these disciplines, should start early, such as at the primary and secondary education stages, and should be implemented and focused on through to tertiary level. Kweyama highlights that there has been a significant increase in the number of women working in the mining industry since the start of democracy. She tells Mining Weekly the industry is close to meeting the original Mining Charter’s 10% transformation requirement, adding that certain companies have exceeded this requirement.

“Nevertheless, it is the magic mark of women filling 20% in the technical engineering sector that we are not quite achieving. While there has been improvement, it needs to increase to at least 20%,” she says.

Other Key Issues Kweyama describes the lekgotla as an opportunity for mining companies to interact with one another on key issues pertaining to the industry. “Anglo American is keen to share common experiences with other companies,” she says, citing new underground mining technologies as one such common discussion topic.

Another key issue that Anglo American aims to focus on at the Mining Lekgotla is the need to stabilise the relationship between mining companies and trade unions.

Kweyama highlights that the mining industry continues to be affected by strikes, with mineworkers demanding salary increases and improved living and working conditions. She tells Mining Weekly that Anglo American wants this issue to be resolved through a better working relationship with trade unions.

Corporate Social Responsibility Anglo American also wants to use the lekgotla as a platform to discuss the Mining Charter, which aims to facilitate the sustainable transformation and development of the mining industry, as well as review the industry’s progress in terms of achieving the goals set by the charter.

Kweyama believes Anglo American has a lot to offer in terms of dealing with transformation, citing the company’s Zimele enterprise development initiative which has, in the past 25 years, created more than 25 000 jobs, generating revenues of R3.9-billion.

Anglo American established Zimele in 1989 to provide funding and support for previously disadvantaged South Africans. The aim of the initiative is to create and develop commercially viable and sustainable small and medium-sized enterprises.

Kweyama says Zimele, currently worth between R1.5-billion and R1.7-billion, ideally reflects how youth unemployment can be tackled, how jobs can be created and how enterprise development is a key driver of job creation.

Lekgotla Highlights As one of the first mining industry events in newly appointed Mineral Resources Minister Ngoako Ramatlhodi’s diary, the 2014 Mining Lekgotla promises to provide some insight into the Minister’s views on the mining industry and how it can move forward, says Kweyama.

Meanwhile, she tells Mining Weekly that the lekgotla, which will take place at Gallagher Estate from August 13 to 14, is important to South Africa’s economy, as key industry stakeholders attend the event, making it an ideal forum for industry issues to be discussed.

“Mining companies, government and labour unions are key to ensuring that our economy grows and stabilises. Companies contribute by doing more business and creating jobs; government contributes by implementing a proper regulatory framework for investments; labour unions contribute by ensuring stability in industrial relations – that workers are working to their best ability and that they are productive. If all these parties work together, we can have economic stability,” she explains.

Kweyama concludes that Anglo American intends to be part of the Mining Lekgotla for as long as the forum exists.