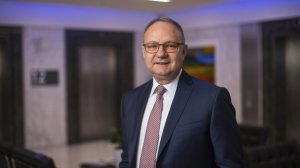 As much of the world was tested to its limits by the Covid-19 pandemic during 2020, the resilience of diversified miner Anglo American's diversified business, along with strong metals prices in the latter months of the year, resulted in underlying earnings before interest, taxes, depreciation and amortisation (Ebitda) of $9.8-billion and a mining Ebitda margin of 43%.

Net debt was $5.6-million for the year, which the miner said “reflects investment in growth”.

Anglo continues to deliver strong cash returns as it continues to invest in value-adding growth and maintaining its strong balance sheet, resulting in a 17% return on capital employed, and a total shareholder return of 16.2% for the year.

“Our balanced investment programme is driving material business improvement, while also delivering margin-enhancing and sector-leading volume growth of [between] 20% and 25% over the next three to five years. This includes first copper production from Quellaveco, in Peru, in 2022," the company noted.

Woodsmith, which produces low-carbon fertiliser, is also another focus for the company going forward.

During a media call on February 25, CEO Mark Cutifani warned that, while the fundamentals for the industry are strong, the industry is "being seduced by good prices”.

Owing to this, he reiterated that miners have a responsibility to deliver production, while keeping control of costs and ensuring that they remain steadfast in their capital discipline.

Together with the miner’s P101 and technology work, Anglo remains on track to deliver its between $3-billion and $4-billion yearly run rate of incremental improvement by the end of 2022, also taking Anglo towards its longer-term target of a mining Ebitda margin of between 45% and 50%.

"Looking further out, we benefit from a sequence of high-return growth options, mainly in copper, PGMs, and now also crop nutrients. Our business is increasingly positioned to supply those products that are fundamental to enabling a low-carbon economy and catering to global consumer demand trends,” Cutifani said.

Combined with Anglo’s integrated approach to technology and sustainability, which is also expected to help it reach carbon neutrality across its operations by 2040, Cutifani believes the miner remains “well positioned to meet the expectations of our full breadth of stakeholders".

Anglo continues to make good progress towards exiting its remaining thermal coal operations in South Africa as part of its commitment to a 30% decrease in net greenhouse-gas emissions by 2030, and achieving carbon neutrality across its operations by 2040.

Thermal coal makes up about 25% of the company’s Scope 3 emissions.

Meanwhile, the group also reported that it had achieved its best ever safety performance in 2020.

Nevertheless, after eight fatality-free months at its managed operations, two employees lost their lives – one in each of the PGMs and thermal coal businesses.

“It remains our most pressing challenge that we still experience serious and fatal safety incidents,” Cutifani said.