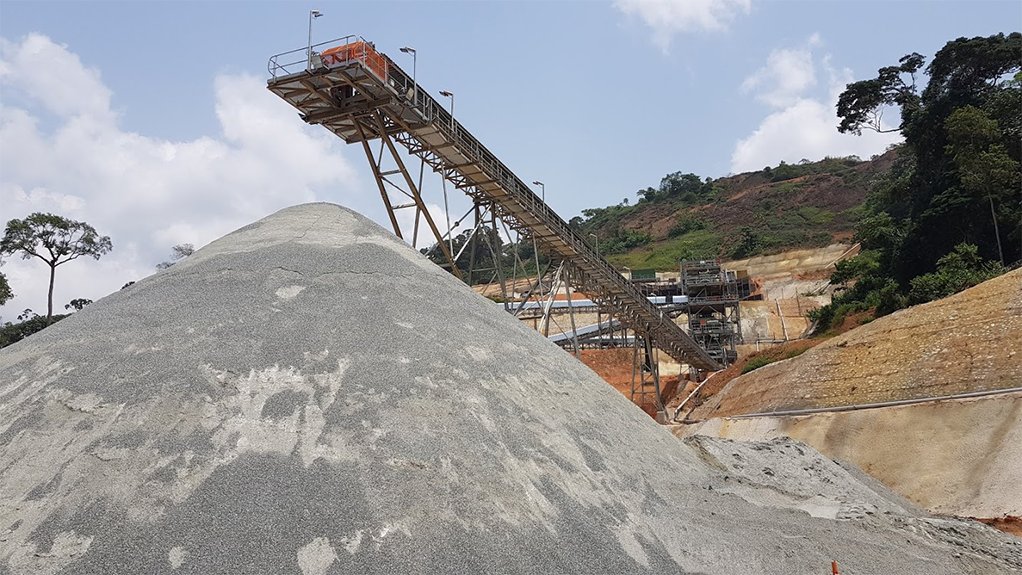 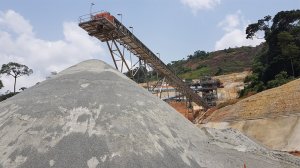 Tin miner Alphamin Resources, a producer of 4% of globally mined tin from its high-grade operation in the Democratic Republic of Congo (DRC), produced 3 139 t of tin in the third quarter, which exceeded the previously stated market guidance of 3 000 t.

In its operational update for the third quarter ending in September, published this week, Alphamin reported that a highly mineralised area underground, not previously included in the mineral resource or mine plan owing to its structurally complex nature, which was successfully mined and processed during the quarter, was the reason for the strong production figures.

However, while the area delivered ore at good tin grades, it contained high levels of sulphides, which impacted on processing recoveries.

Alphamin’s sales volumes for the quarter were in line with production at an average achieved tin price of $22 011/t and weighted towards the back end of the quarter.

Year-to-date contained tin production of 9 380 t exceeded the forecast rate to achieve market guidance of 12 000 t for the year.

The company said it expected contained tin production and sales of about 3 000 t for the fourth quarter.

Alphamin expected all-in sustaining costs per tonne of tin sold to decrease by 10% to $13 200 owing to the impact of the lower tin prices on the off-mine costs, particularly on product marketing fees, royalties, export duties and smelter payables.

Meanwhile, Alphamin’s earnings before interest, taxes, depreciation and amortisation (Ebitda) for the third quarter were estimated at $30.1-million, down from $67-million in the second quarter, following a 38% reduction in the tin price quarter-on-quarter.

“This represents a healthy Ebitda margin of 44% in a low tin price environment,” the company said.

Tin currently trades at between $20 000/t and $21 000/t, with Alphamin saying that demand had been impacted on by worsening global macroeconomics.

“The company remains of the opinion that global tin supply is likely to be constrained during the next five years, while demand for tin is expected to increase. The anticipated production expansion from the development of the Mpama South deposit [in the DRC] remains a priority and is progressing well,” Alphamin said.

The Mpama South project, which is adjacent to the producing Mpama North mine, is expected to produce about 7 200 t/y of contained tin by 2024, thereby increasing Alphamin’s yearly output to about 20 000 t.

The company said the project was progressing on schedule for targeted commissioning in December next year. Overall project completion is at 18.6%, while 84.3% of the procurement requirements have been finalised and ordered.

Alphamin said the project was not expected to exceed its total cost estimate of $116-million.

Alphamin is actively exploring for more tin deposits on its licence areas.

The Phase 1 campaign was accelerated with about 90 drillholes planned in fences across the Bisie Ridge on six highly anomalous targets, following which a Phase 2 campaign would delineate any discoveries or else in-fill the most prospective targets.

The Mpama South Phase 6 drilling campaign was the largest single campaign to date on the licence, which Alphamin said was aimed at both in-fill and extending the existing mineral resource. An update to that mineral resource is expected in December.

Based on the success of Phase 6, a Phase 7 resource extension campaign will continue afterwards.

The Mpama North Phase 2 drilling campaign also progressed during the quarter. Visual intercepts of cassiterite were also intersected on the southern and eastern extensions of the orebody – many on current mining levels.

These intercepts contained the visual mineralisation style characteristic of the Mpama North mine and, although less intensely mineralised than elsewhere, should provide valuable blending material for the deeper high-grade zones of Mpama North, thereby potentially extending the life-of-mine and maintaining current production levels for longer.