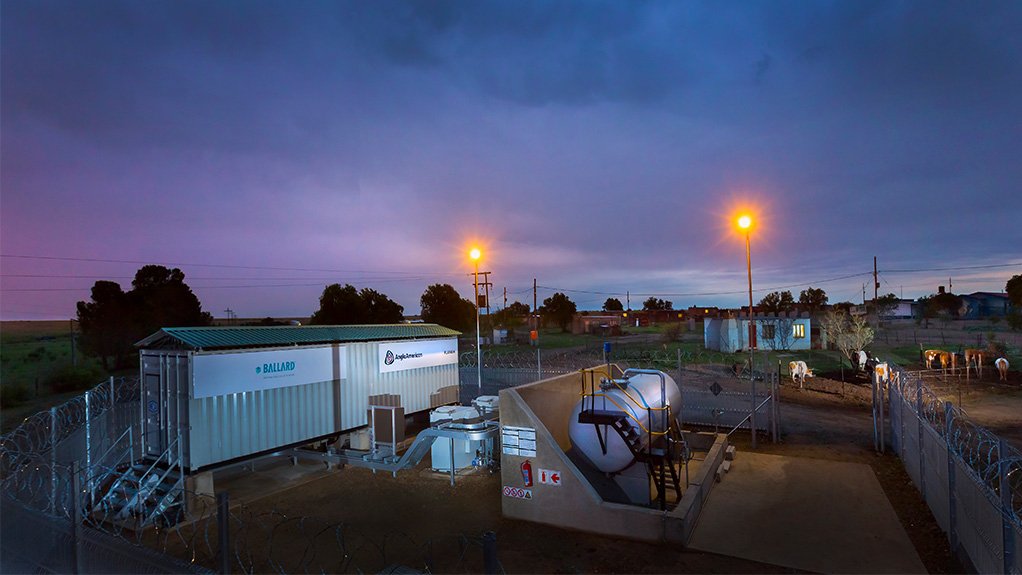 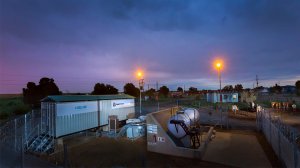 Countries are recognising the value and future impact that fuel cells and hydrogen technologies will provide. Now is the time for Africa to join this global movement and invest in the fuel cell future, says Washington-based global advocacy organisation Fuel Cell and Hydrogen Energy Association communications and outreach director Jennifer Gangi.

“Fuel cells generate electricity using an electrochemical reaction – not combustion. Aside from being efficient, reliable and quiet, fuel cells are rugged, so they can be sited in harsh terrain, extreme climates and rural areas without infrastructure to generate power for buildings, communication and mission critical equipment.”

Gangi says this makes fuel cells well suited for parts of Africa where grid power may be unreliable or nonexistent.

Gangi notes that, as many countries experience higher-than-average temperatures, as well as population growth, water has become a scarce resource.

“Generating electricity from coal uses millions of gallons of water yearly and even efficient combined-cycle natural gas plants use hundreds of thousands of gallons of water. However, fuel cells can operate in water balance, with most requiring less than a gallon per megawatt.”

She further enthuses that, as the fuel cell industry continues to make headway globally, African countries needs to recognise the potential for fuel cell and hydrogen technologies to benefit their economies and invest in the industry to enable the markets to develop further.

“Globally, we are seeing several countries include fuel cells and hydrogen in their long-term energy strategies and plans,” says Gangi.

She recommends that, for South Africa, as in other countries, it could be beneficial to include market creation and technology validation programmes to support the transition from research and development (R&D) to a commercial industry.

Gangi notes that for South Africa, as one of the leading platinum producers in the world, boosting the fuel cell industry through a coordinated approach, could stimulate job creation and provide a competitive advantage for companies to expand and invest in the country.

Moreover, as existing markets continue to grow, such as fuel cell vehicles in the form of cars, buses, trucks and materials handling applications, as well as stationary and/or backup power, the demand for platinum metals and materials from South Africa increases.

Fuel cells are contributing significantly to the global economy, providing tens of thousands of jobs worldwide in manufacturing – not only in fuel cell stacks and systems but also their components, including platinum catalysts, Gangi adds. It also supports industries in the supply chain; service and maintenance; fuel generation, delivery and storage; engineering; and R&D.

The South African government could also legislate the use of fuel cell mini-grid systems to electrify rural communities, which would be in line with service delivery programmes, while creating a market for a nascent industry, she says.

“Government could also create special utility rate structures for fuel cell power producers, just as they did for other forms of renewable energy to stimulate those markets.”

These demonstrations are leading to new opportunities, sales and partnerships, she elucidates.

Gangi further notes that there has been a significant growth in back-up power units in developing countries in South-East Asia, where fuel cells are helping telecommunications, microwave and radio network providers extend their network into remote areas without costly grid extensions or redesigns.

“These systems can be powered by an array of fuels, from natural gas and methanol to hydrogen, either delivered or generated on site from solar- or wind-powered electrolysis. Fuel cells can operate for days to weeks at a time, reducing trips to deliver fuel to diesel or propane generators or to replace spent batteries, and can be remotely monitored.”

However, Gangi says the most pressing challenge facing the fuel cell and hydrogen industry today is education and awareness: “We still have more work to do to highlight the benefits and potential and bring this message to the right audiences”.

She believes that this will ensure that there is inclusion of fuel cells in regulations, programmes, policies and tax incentives, from electric vehicles and supporting infrastructure to distributed generation, resilient power and energy storage.

“Fuel cell and hydrogen technologies will continue to play an increasing role in providing clean and efficient power generation and transportation worldwide, as they are a viable solution for a range of applications and needs in any country,” Gangi concludes.