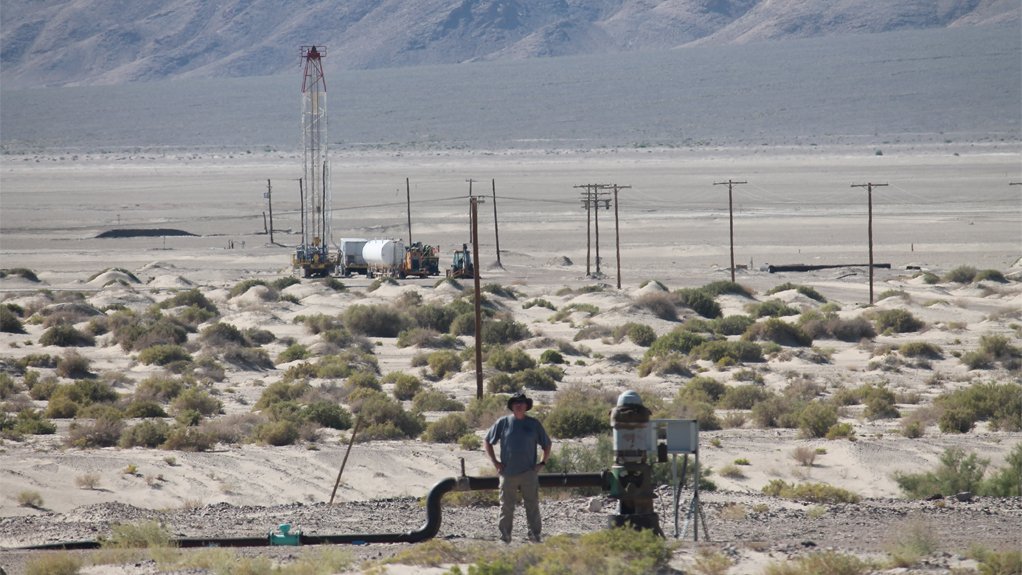 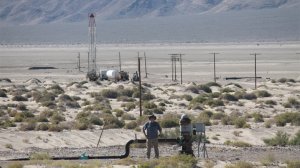 VANCOUVER (miningweekly.com) – New lithium explorer Advantage Lithium (formerly known as North South Petroleum) is preparing to launch a drilling campaign within three to four weeks on highly prospective targets in Nevada, located a stone's throw away from North America’s only producing lithium mine.

This, together with an option on the only other available water permit in the area, is expected to give it a first-mover advantage in an area that has seen a recent land rush, as lithium supplies tighten around the world in the wake of unprecedented demand growth.

“Everyone is jumping on this horse, I’m aware of it,” said Advantage CEO-elect Dev Randhawa in an interview with Mining Weekly Online.

“There’s a lot of people out there; the question is how to sort the good from the bad guys. There are many promoters who have been waiting with their shell companies for years. They have no intention to drill holes and prove whether their projects hold any resources. A healthy measure of scepticism is needed. They bought mysteries and are selling mysteries,” he cautions.

Driving interest in the soft, silver-white metallic element is its use in lithium-ion batteries, used to power personal electronic devices and electric vehicles (EVs). According to Deutsche Bank, lithium demand is expected to grow by 300% over the next decade, led by a dizzying estimated 500% increase in battery consumption.

Lithium demand currently outstrips total supply by about 15%, which saw prices more than double to $14 000/t in 2015, depending on the product.

ADVANTAGE’S BENEFIT
On June 16, Advantage entered into a letter of intent with Nevada Sunrise Gold to acquire an option to earn various working interests of up to 70% in five lithium exploration projects, comprising nearly 7 000 ha, located in the Clayton Valley and Lida Valley regions of Nevada.

Under the agreement, the company will also have an option to acquire the Nevada water right Permit 44 411; up to a 70% interest in each of the Jackson Wash, Clayton Northeast and Aquarius projects; and up to a 50% stake in each of the Gemini and Neptune projects.

The Clayton Valley basin hosts North America’s only lithium brine operation. According to Randhawa, brine-based mines benefit from being low-cost operations and all five of the Nevada Sunrise properties are prospective for brine-hosted lithium.

He explains that once the transfer application for the water rights is approved by the state engineer of the Nevada Division of Water Resources, it could be used for any project located in the Clayton Valley, since each basin in Nevada is distinct and water rights are only granted for the basin they were intended for. “Our right was granted in 1981, which is senior to some of the other water right permits in the Clayton Valley, and is known as a certificated right,” says Randhawa.

He explains that Albemarle and Esmeralda county have previously protested against the application to move the water rights from the nearby mountain range due east to the desert floor. “The consultants advising our joint-venture partner Nevada Sunrise are confident that the water rights are valid and can be transferred, and Nevada Sunrise will respond to the protests in due course and await the judgement of the state engineer,” states Randhawa.

Advantage has just raised about $4-million at C$0.25 a common share and is waiting on TSX-V-exchange approval before closing the financing, meaning it might be able to get drills turning soon.

On closing, Randhawa and Ross McElroy will be appointed to the board, with Randhawa also assuming responsibilities as CEO.

PROJECT TEAM
Randhawa is an award-winning CEO, specialising in the resource industry. He founded and grew several successful junior resource companies, including Strathmore Minerals, Fission Energy and Fission Uranium. He also has a strong track record of building the right team to develop assets and grow shareholder value.

McElroy is an award-winning professional geologist with nearly 30 years of experience in the mining industry. He has comprehensive experience working with and managing many types of mineral projects from grass roots exploration to feasibility and production.

Randhawa and McElroy will join existing directors David Sidoo and Marc Cernovitch on the Advantage board and will replace directors Craig Taylor and Herb Dhaliwal, who will resign from the board. A further management change due to be made on closing is the appointment of Sidoo as president.

“Our team has done it before with uranium. We’ve been there before when the uranium thing got just as crazy when the price jumped from around $5/lb to about $140/lb some years back. We’ve won almost every award there is to win, and that was in the down market. That adds to our track record, something the financiers want to see,” Randhawa stated.

He affirmed the team’s commitment to move Advantage through to production in the shortest time frame possible. “We’re committed to production and we’re closing our $4-million financing in the next week or so. We will then start a drilling campaign in three to four weeks. No one else can say they are moving ahead with drilling in the time frame we are talking about,” he advised.

“Our immediate aim is to get a hole in the ground, to test it and to get production started as soon as possible.

“It’s a competition – we’re not the only ones out there. China also wants to get in on the lithium action. They are able to move a lot faster, have deep pockets and are quick to roll out large projects. That means that the demand for lithium is set to rise even more,” Randhawa says, noting that the large Chinese companies are looking to secure North American lithium products for their own use. This could open a door for Advantage, which could sell its lithium to China down the line, as it is not bound to supply either Tesla Motors nor Albemarle.