5G on its way, but roll-out to be pursued on a case-by-case basis 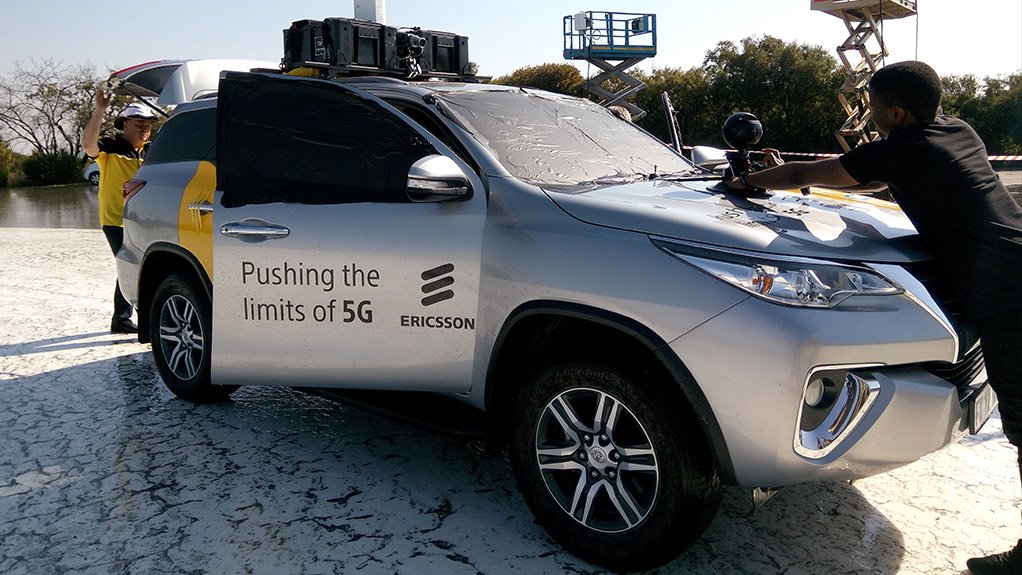 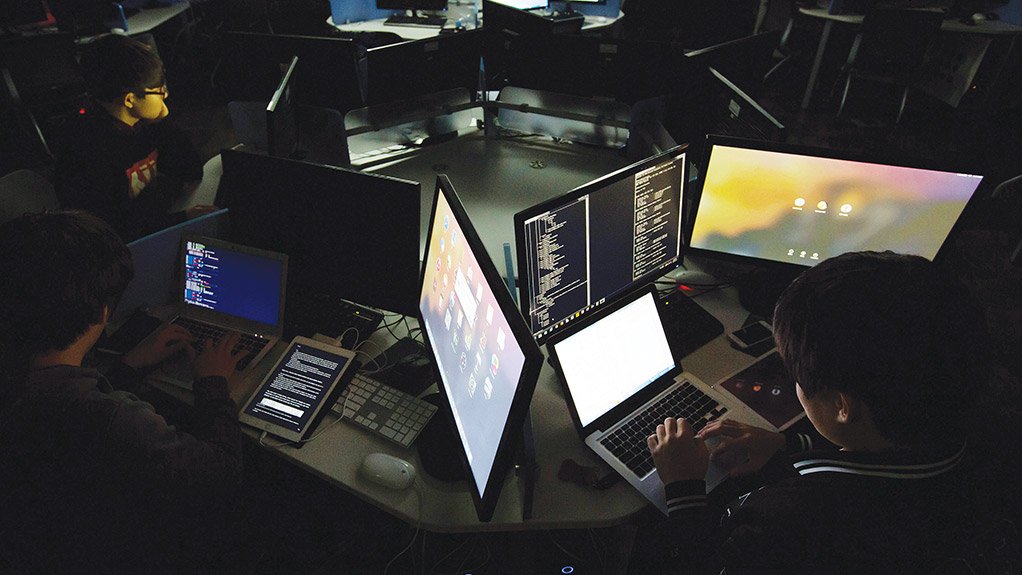 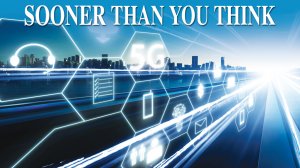 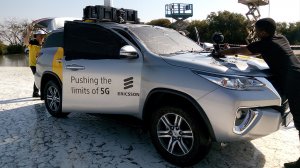 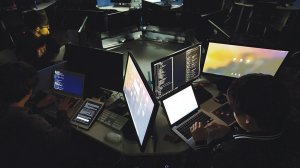 Photo by Natasha Odendaal
LEADING THE WAY South African information and communication technology groups have kicked off their 5G strategies, developing and testing their own 5G capabilities in the run-up to global deployment
ZERO LATENCY One of the key features of 5G – and an initial focus in its early days of technological development – is the zero or extremely low latency it will provide
BY: Natasha Odendaal
Creamer Media Senior Deputy Editor

The rush to test and implement fifth-generation (5G) services has started in earnest. However, this latest technological advance is not being deployed universally, as was the case with preceding technologies. Instead, its roll-out is being implemented on a use-case basis.

The standards, specifications and regulations for the next-generation telecommunications technology have yet to be fully finalised. Nevertheless, the mobile broadband industry worldwide is quietly working on deploying 5G networks in different radio frequency bands and taking the necessary steps towards commercial 5G.

South Africa is no different as it develops and tests its own 5G capabilities, from virtual-reality- (VR-) guided vehicles to 5G calls, while the world awaits the completion of the 5G regulations and specifications at the World Radiocommunication Conference in November 2019.

The member States of the International Telecommunication Union are also expected to agree on new 5G spectrum allocations within the high bands of 24.25 GHz to 86 GHz range.

Commercial launches of 5G, however, are expected as early as this year, with North America seen leading the uptake, as all major US operators are planning to roll out 5G between late 2018 and mid-2019, the latest Ericsson ‘Mobility’ report shows.

Globally, major 5G deployments are expected from 2020, with over one-billion 5G subscriptions predicted by the end of 2023.

However, 5G is expected to drive new capabilities while being driven by use cases with a wide range of requirements, which are set to impact on consumer services as well as many industries embarking on their digital transformations.

“I do not think that 5G will be a tech- nology rolled out in the same way as 3G and 4G; 5G is going to be much more use-case-based. This is a technology searching for an application. The applications will come and the networks will be deployed on a use case basis,” says MTN CEO Rob Shuter.

The use cases will emerge from industries such as automotive, manufacturing, utilities and healthcare, and will lead to new applications, including augmented reality, VR and other increasingly immersive video formats, in addition to billions of new connected Internet of Things devices.

It will also drive demand for dedicated coverage for a defined area.

Latency is the time gap between a request and a response in a system, which is typically about 20 milliseconds (ms) to 30 ms on a 4G network.

On a 5G network, this is reduced to less than 5 ms, which means that the request- response between connections is almost in real time, he explains.

This enables 5G applications for mission-critical control of remote applications, industrial automation in factories and remote robotic surgery, as well as smart vehicles and transport systems, which require ultrareliable and low-latency communications.

Delport explains that, in the early days of the technological development, initial focus will be on pure performance, with very high capacity use cases running first on 5G, particularly those reliant on zero or extremely low latency.

“This [latency] is what 5G is really giving us that has been different from anything else we have experienced to date,” says MTN Business product and solutions GM Mariana Kruger.

“The beauty of 5G is an enrichment on several dimensions,” adds MTN South Africa CTO Giovanni Chiarelli, highlighting that 5G capacity is about 1 000 times higher than 4G and connects 100 times more devices than its predecessor.

“It is a step ahead; 5G is the sunrise of a new era of telecom- munications,” he says.

“While earlier network generations have been designed as general-purpose connectivity platforms with limited differentiation capabilities across use cases, the situation is changing for the definition of 5G networks,” says Telecommunications and Postal Services Minister Siyabonga Cwele.

In South Africa, many information and communication technology groups are embarking on their own test cases and applications through various partnerships, with the networks being concurrently architected to the requirements of the industry.

A recent meeting convened by the Wireless World Research Forum, in partnership with the Council for Scientific and Industrial Research (CSIR), also explored various opportunities for 5G technology use and application in the digital transformation of industry verticals such as mining, transport, agriculture, manufacturing and utilities in South Africa.

Researchers have been working with the mobile and Internet sectors, as well as government, to develop the necessary technology test-beds to assist South Africa and the rest of the continent in developing the knowledge and skills required to leverage new 5G technologies.

The test-bed is aimed at supporting research on key technology building blocks for 5G, while supporting the development and experimentation of use cases relevant to Africa, in partnership with the Independent Communications Authority of South Africa, the private sector and higher education institutions.

“We want to provide practical and tested use cases for the next industrial revolution in the country,” says CSIR researcher Sabelo Dlamini.

“This year marks the most important milestone in the 5G roadmap – the launch of large-scale trials of 5G systems and technology,” adds Cwele, referring to several South African companies launching or planning to launch 5G trials.

MTN recently partnered with Huawei to undertake the first 5G outdoor trial in Africa, and teamed up with Ericsson last year to start trials on a range of 5G use cases and applications in South Africa during the first quarter of 2018.

This will be followed by the eventual deployment of 5G technologies across the country.

“In collaboration with Ericsson, we are continuously testing, learning and pushing the boundaries of how 5G can meet the diverse needs of our customers in the future. We are developing 5G technology based on real business needs,” says Chiarelli.

This led to the July showcasing of the first automotive use case of 5G capabilities, which saw a driver navigate a vehicle around a skid pan at the Gerotek testing facility, in Pretoria, using only data fed into a VR device.

The companies used 5G wireless tech- nology to feed data in real time through a 4K video camera to the driver’s VR headset using in excess of 1.6 Gb/s throughput achieved in 100 MHz spectrum in the 28 GHz band, with less than 5 ms latency on the connection.

The vehicle’s windscreens and side windows were fully blacked out, with the vehicle equipped with a 5G user equipment prototype with an external antenna, the 4K video camera and VR headset, supported by four radio units and baseband equipment.

“Using pilots like this, we are not only assessing and preparing our network to roll out 5G in the future but also futureproofing our infrastructure to enrich customer experience and take industries to the next level,” says MTN South Africa chief business enterprise officer Wanda Matandela.

“We see the reality of 5G coming closer and closer,” adds Chiarelli, adding that the technology is accelerating and the standards are maturing, leading to a “world of opportunities”.

The duo had also demonstrated the 5G use case of a live sport broadcast in virtual reality at the 2018 Vodacom Durban July.

The first VR experience showcased the high-speed and low-latency capabilities of 5G using 4K video cameras to record and stream live immersive footage from two different positions at the Greyville racecourse during the yearly event.

The images from the cameras were streamed in real time over a Nokia Airscale 5G base station, and used 100 MHz of Vodacom’s own spectrum in the 28 GHz frequency band.

Under the MoU, Nokia will share its latest 5G innovations, including massive Mimo Adaptive Antennas, AirScale Radio Access and end-to-end Mobile Anyhaul transport networks, to test how they can be used to meet changing demand in the country.

“In early trials in the US, Verizon showed the potential of the 28 GHz millimetre spectrum, which has been identified for 5G services by the country’s Federal Communications Commission,” says Comsol CEO Iain Stevenson.

The collaboration aims to deliver a wireless solution by early 2019 using Verizon’s 5G Technical Forum standard – a common, scalable platform for fixed wireless deployments in the 28 GHz and 39 GHz bands – which will ultimately be converted into the 5G New Radio standards once they have been confirmed.