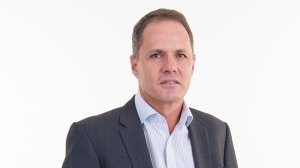 JOHANNESBURG (miningweekly.com) – Johannesburg has a unique history. If not for mining, there would be no city. The mines, however, did not come to the city, rather the city came to the mines.

What resulted was poorly regulated urbanisation and hundreds of thousands of people living in close proximity to former mining infrastructure and mine dumps. (Also watch attached Creamer Media video.)

Most of the communities that live near the facilities of surface gold mining company DRDGold are, the company says, in the grip of poverty and socioeconomic stress.

The social value-add of the Johannesburg- and New York-listed DRDGold is thus focused on the realities faced by these communities and the aim is to alleviate poverty and provide educational opportunities to the youth.

The company’s operating footprint spans Johannesburg in both the East Rand and Far West Rand. An integral part of the mining process is to remedy the negative aspects of that legacy both by rehabilitating through mining – the recycling of old mine dumps and slimes dams – and by vegetating those that have been a permanent feature of the surrounding landscape.

The company thus sits at the epicentre of the modern world’s circular economy imperative.

“Many of our communities are people who really live in abject poverty,” DRDGold CEO Niël Pretorius told Mining Weekly in a Zoom interview.

“So we decided to be that first step out of poverty. It's something very basic, very intuitive. Start with nutrition, the ability to feed your family. That's the first thing – poverty alleviation and then youth education. We hire maths, and science and accountancy teachers, and we offer extra classes to children.

"We've had more than 4 000 families join into this, and we've had more than 5 000 pupils taking advantage of these extra classes. The network's been established, and amongst the people who matter to us, the ones that we want to be assisting to self empower, the response has been really good. We think that, increasingly, there's also a relationship building and we want to leverage that to develop the informal economy.

“We are firm believers that the informal economy is going to be a powerful catalyst in poverty alleviation. There's a huge amount of money that goes into the informal economy by way of social grants, and we need to find a way to create a stickiness into those little micro economies, and assist in the establishment of businesses, so that money can be spent over and over again in that same economy, so there's less of a dependency and more of a self-reliance and sustainability,” said Pretorius.

The company, which this week continued its uninterrupted 15-year run of dividend-paying to its shareholders, has come up with 41 different programmes aimed squarely at enhancing the informal economy broad-based livelihoods project with the University of Pretoria’s enterprise research department.

Mining Weekly: There are still a lot of mine waste dumps between Soweto and Johannesburg, an area you once described as an historic Berlin Wall-type of separating structure. Now that we've got a Red Tape Czar in the form of Sipho Nkosi, can’t we once-and-for-all extract the gold from those dumps and allow the people to live closer to town and avoid having to travel so much in taxis, by recycling the dumps and creating new living areas?

Pretorius: Absolutely, I think it's still the most effective way of just improving quality of life in and around Johannesburg. The fact of the matter, though, is that the gold content will be enough to pay running costs, but not enough to pay the capital on top of the running costs, or to have the initial capital infrastructure established. Hopefully there will be a platform for better collaboration.