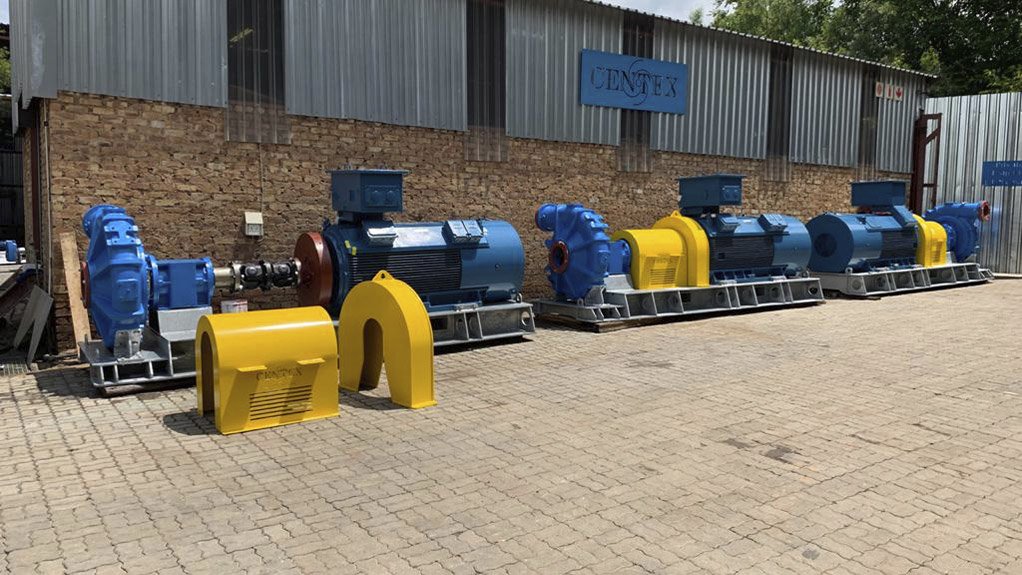 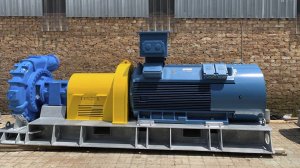 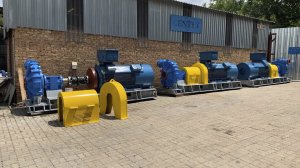 HIGHER-PRESSURE PUMPS These high-pressure pumps include three 850 kW Cornell 810 26 MX high-pressure pumps, and four 810 22 mining pumps with 650 kW motors
CENTEX SOLUTIONS The efficiency of these pumps is starting to evolve, and they are now pumping at 83% hydraulic efficiency,” whilst passing a 100 mm solid, he highlights

Mining companies require deeper exploration to find economically viable ore and the further a mining company wants to explore; the more mining pump vendors need to “push the envelope” to ensure that pumps are flexible and can accommodate these depths.

International designer and manufacturer of pumping equipment Centex Africa MD Justin Lewis explains that “we’ve seen a massive increase in miners wanting higher pressures from the pumps, even though we’re at the limits on some of the pumps that we’ve supplied”.

The company believes that achieving higher pressures will be a continuous struggle but “Centex can comfortably boast that it has the highest pressures, the highest volumes at the highest efficiencies for single-stage solids handling pumps in the marketplace”, highlights Lewis.

“There is definitely a need for high-pressure pumps and Centex, with assistance from the Cornell Pump company, has developed and is developing new pumps that produce even higher pressures than what is currently achieved.”

However, developing higher-pressure pumps is “a constant moving target” in the industry, says Lewis.

“When we launch a pump onto the market, and we tell customers we can produce a 240 m head, they are excited. However, a few months down the line, the question that always arises is: ‘Can you produce higher heads.’ As soon as the company meets the new demand, mining companies always want to know what is next on the horizon.”

However, this constantly evolving goal has enabled Centex to push the company to the limits of engineering, and Lewis adds that technological advances may be the key to future developments in the pumping industry.

Lewis says Centex is always exceeding expectations in terms of requirements and supplies, citing the example of its supplying two different pumps sets to a mine in Congo-Brazzaville.

“The efficiency of these pumps is starting to evolve, and they are now pumping at 83% hydraulic efficiency”, while passing a 100 mm solid, he highlights.

These high efficiency single stage pumps are a “game changer” in the industry, with Lewis noting that the benefits of hydraulic efficiency include reduced power consumption, owing to lower power demand.

Although these pumps can assist mining companies in reaching resources at greater depths, there are other issues, such as the pressure and the surge pressure in the pipelines that has proven to be troublesome at the mine in Congo-Brazzaville.

This issue is referred to as a pressure surge or water hammer. “Pressure surges are one of the least understood and most destructive hydraulic phenomenon that occurs in a pumping system,” says Lewis.

The damage caused by pressure surges usually goes unnoticed until ongoing transient forces reach catastrophic failure levels which can lead to damage such as pipeline bursts and pump damage. Centex flywheels are the most effective means to reduce the transient surge waves and help solve the problem, highlights Lewis.

To mitigate the effect of water hammer, Centex engineered flywheels. According to Lewis, “our flywheel is a simple mechanical device that stores rotational energy during normal operation. It releases this stored energy during power interruptions and shutdowns” .This is all achieved while preventing sudden revolutions per minute changes, allowing the pump speed to coast down gradually and ultimately, minimising large pressure spikes.

This alleviates the effect of the water hammer on the system and ensures that, consequently, no flanges or pipelines are damaged.

Centex has installed about 30 flywheels for the mine in Congo-Brazzaville, providing the mine with an effective solution for high-pressure pumps, as well as its water hammer concern.