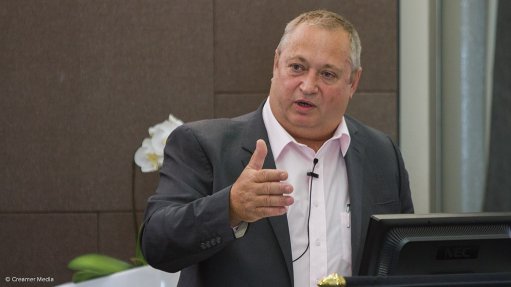 By: Terence Creamer     20th January 2021 Lifting the licensing threshold for distributed-generation projects to 50 MW or higher could unlock an estimated 5 000 MW of additional capacity in five years and go a long way to rapidly easing South Africa’s debilitating power supply constraints. This is the conclusion of a Meridian Economics... → 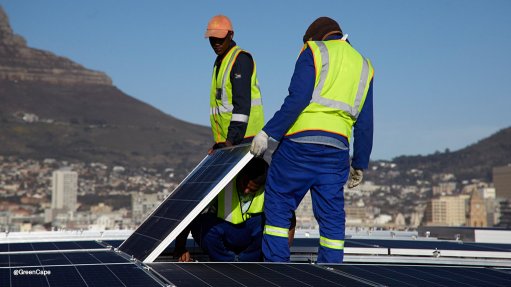 By: Donna Slater     20th January 2021 The hearing into Aim-listed phosphate explorer and developer Kropz’s Elandsfontein project’s integrated water-use licence (WUL) has been rescheduled for February 1. Kropz notes that the Water Tribunal will be resumed in February following a number of postponements since March 2020 owing to... →

By: Donna Slater     20th January 2021 Platinum investment stimulator the World Platinum Investment Council (WPIC) posits that platinum could assist in space travel, having had long-term associations with space exploration. Platinum catalysts in hydrogen fuel cells were part of the pioneering technology that paved the way for the... →

By: Donna Slater     20th January 2021 Graphite producer and graphene developer Tirupati Graphite has appointed Dr Matthieu Gresil as adviser and consultant to the company for market research and development of graphene products, as well as to support the development of its Tirupati Graphene and Mintech Research Centre (TGMRC), in... →

By: Simone Liedtke     20th January 2021 LSE-listed Capital has appointed Giles Everist CFO. He will take up the position from March 1. Everist will succeed Andre Koekemoer, who has resigned to return to South Africa for personal reasons. →

By: Tasneem Bulbulia     20th January 2021 Aim-listed Shanta Gold's net reserves have increased by 37 000 oz in 2020. Providing an update on group-wide reserves and resources for its portfolio of gold projects in Tanzania and Kenya as at December 31, 2020, the company notes that its reserves in Tanzania, where it owns the New Luika gold... →

By: Tasneem Bulbulia     20th January 2021 Aim-listed Cora Gold has recorded further drill results on the Dako II permit, which is contiguous with its flagship Sanankoro gold project, and the Tagan permit adjacent to the north of Aim-listed Hummingbird Resources' Yanfolila mine, in southern Mali. The Dako II drilling builds on the... → 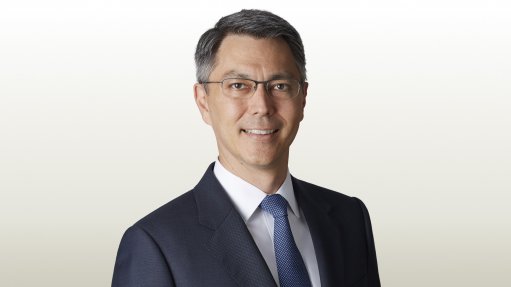 By: Tasneem Bulbulia     20th January 2021 Mobile and modular power solutions provider Aggreko has signed a ten-year contract with global miner Gold Fields to provide a 25.9 MW hybrid solar and thermal power solution for the Salares Norte openpit gold/silver mine, in Chile. This solution has been designed to provide power for the entire... →

By: Mariaan Webb     20th January 2021 Toronto-listed First Mining on Wednesday announced the results of a prefeasilbity study for its Springpole gold project and declared the project’s first-ever mineral reserves. Springpole, in Red Lake, has proven and probable reserves of 3.8-million ounces of gold, 20.5-million ounces of silver,... → 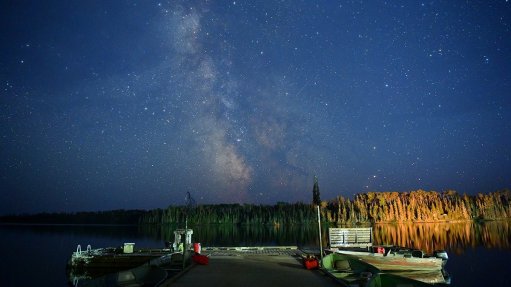 View from the Springpole site

By: Reuters     20th January 2021 Rescue teams on Wednesday drilled new holes down a gold mine in China's Shandong province, searching for more survivors after an explosion 10 days ago and preparing an escape passage for a group known to still be alive, state media reported. A total of 22 workers were trapped underground in the... →

By: Bloomberg     20th January 2021 Joe Biden will cancel the Keystone XL oil pipeline hours after becoming president on Wednesday, killing once again a cross-border project that had won a four-year reprieve under his Republican predecessor, Donald Trump. In one of his first major environmental actions, Biden will revoke TC... → 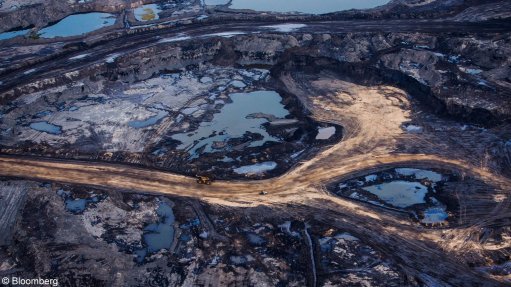 By: Mariaan Webb     20th January 2021 Chile copper miner Antofagasta has revised the capital cost estimate for its Los Pelambres expansion project to $1.7-billion, from the original guidance of $1.3-million, mainly owing to revised marine works. The project, which will add about 60 000 t/y to the mine’s production, will be completed... → 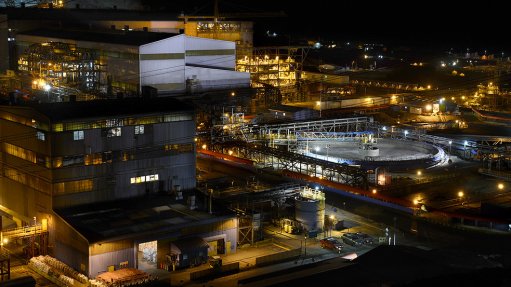 China bought most iron-ore from Australia, Brazil in 2020, but imports from India up nearly 90% 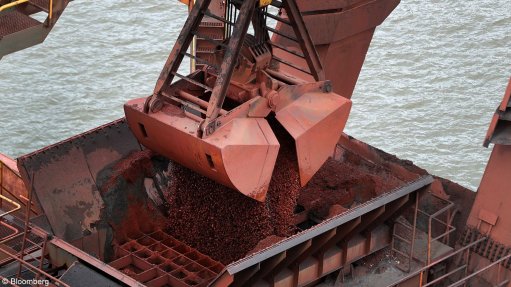 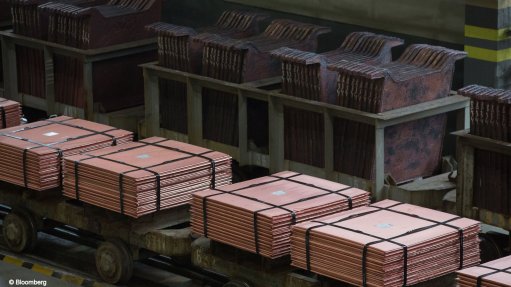 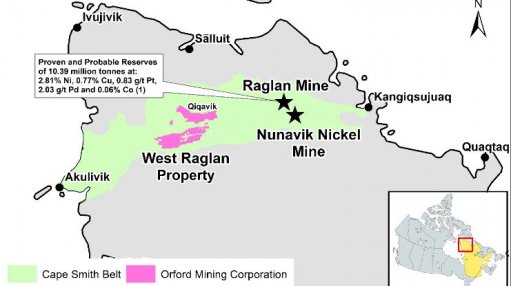 By: Esmarie Iannucci     20th January 2021 ASX-listed Talga has taken the decision to increase the size of its recently completed share purchase plan (SPP) from the A$10-million targeted in December, to some A$30-million, after the placement was heavily oversubscribed. The company on Wednesday revealed that it had received applications... →

By: Mariaan Webb     20th January 2021 Canadian gold miner Iamgold will join the one-million-ounce-a-year producer club in the next two to three years, CEO Gordon Stothart said on Tuesday, announcing that the company has achieved its 2020 production target with output of 653 000 oz. Iamgold is currently building the $1.3-billion Côté... → 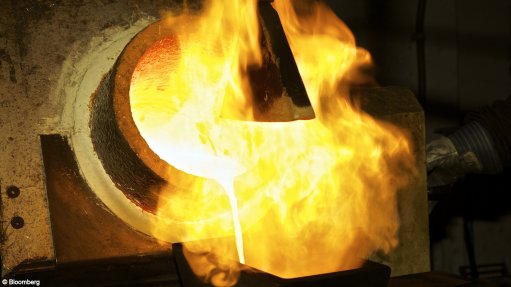 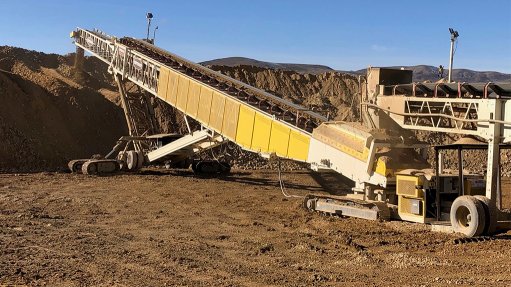 By: Esmarie Iannucci     20th January 2021 The resources sector has welcomed the mining skills qualification reform trial project announced by the Australian government on Wednesday, saying it would help more workers get faster access to qualifications for employment in the minerals industry. A qualification design trial is now underway... →

By: Mariaan Webb     20th January 2021 Canadian gold miner Centerra Gold has completed the sale of its 50% interest in the Greenstone Mines Partnership (GGM) to an affiliate of the Orion Mine Finance Group. Centerra received an upfront cash payment of $210-million for its stake in GGM, which owns the Hardrock project in Ontario. → 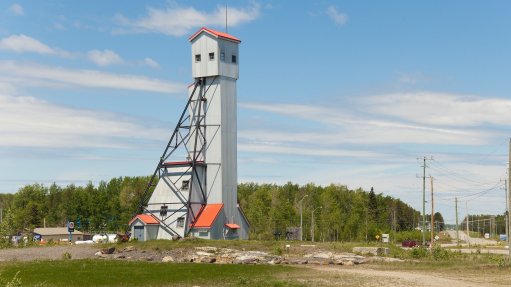 By: Esmarie Iannucci     20th January 2021 The federal government on Wednesday announced support of up to A$11-million to help progress the CopperString 2.0 project towards a final investment decision in 2021. The CopperString 2.0 development is a high voltage transmission line that will connect Mount Isa and the North West Minerals... →

By: Esmarie Iannucci     20th January 2021 Coal developer Allegiance Coal has raised a further A$2-million through the issue of convertible notes under a A$8-million convertible note arrangement with Mercer Street Global Opportunity fund, to bring forward production at its New Elk mine, Colorado. The total value of funds raised under... →

By: Esmarie Iannucci     20th January 2021 ASX-listed Big River Gold is accelerating key civil works at its Borborema gold project, in Brazil, and is investigating plant design options to better facilitate future expansions, while also allowing for the restart of exploration. A 2020 definitive feasibility study (DFS) estimated that the... →

By: Terence Creamer     19th January 2021 A new multi-partner initiative has been launched with the aim of defining the role that finance can and should play in supporting both South Africa and India’s aspirations to implement “just transitions” to more climate-resilient economies. The ‘Just Transition Finance Roadmaps in South Africa... →

By: Reuters     19th January 2021 Tanzania and UK-based mining firm Kabanga Nickel Limited signed a framework agreement on Tuesday to jointly develop the Kabanga nickel project formerly owned by Barrick Gold and Glencore. Foreign minister Palamagamba Kabudi said during a signing ceremony in Bukoba that the government would own a... →

By: Donna Slater     19th January 2021 Aim-listed explorer IronRidge Resources has completed a scoping study on the Ewoyaa lithium project in Ghana, which supports a business case for a two-million-tonne-a-year operation with an eight-year life-of-mine (LoM), LoM revenues exceeding $1.55-billion and significant potential to extend the... →

Vedanta agrees to settlement with Zambian villagers over pollution claims

By: Marleny Arnoldi     19th January 2021 UK-based law firm Leigh Day has confirmed in a statement that global diversified miner Vedanta Resources has agreed to pay a settlement for all claims brought against it by Zambian claimants related to alleged pollution around the Konkola Copper Mines (KCM) operations. Without admission of... → 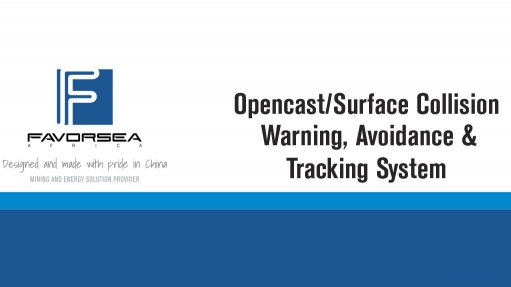 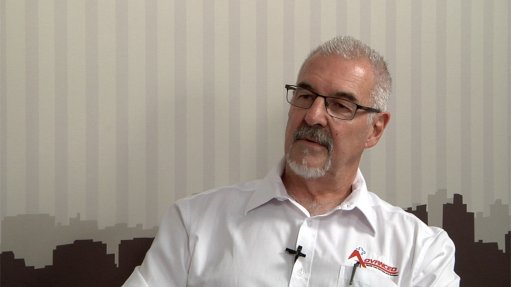 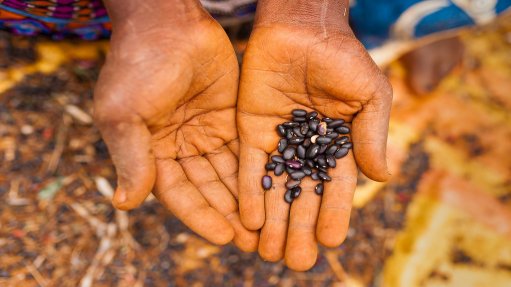 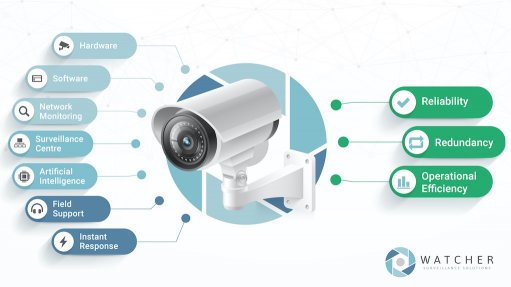 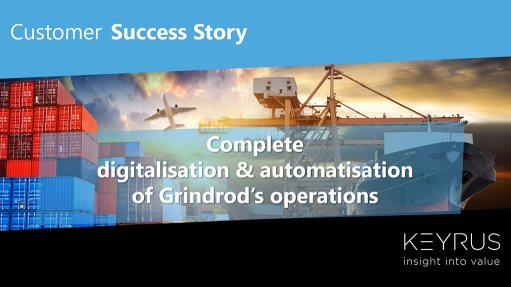 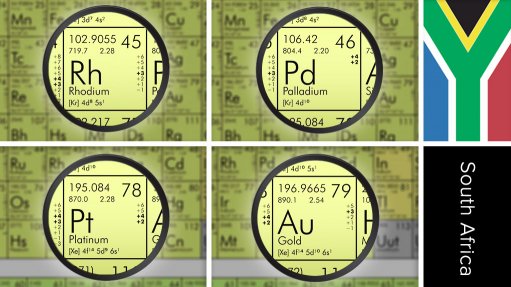 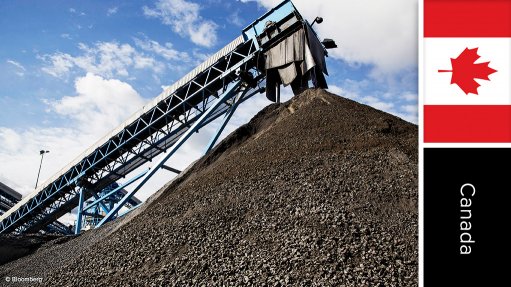 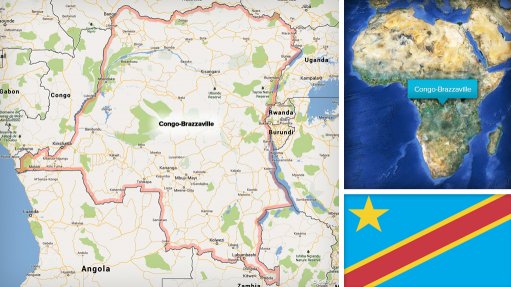