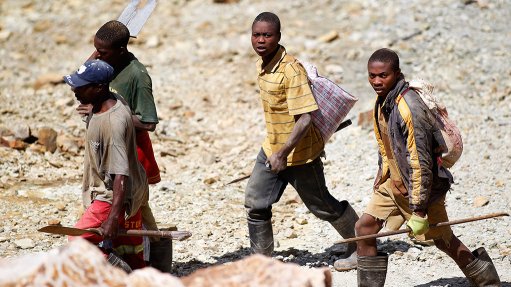 WEB OF CRIMINALITY In addition to the professional syndicates that supported illegal miners, mine employees were often found to be collaborating with illegal miners
Photo by: Reuters

Sibanye estimates that it has lost between 3% and 4% of its gold production to illegal miners, which equates to over R700-million in lost earnings.

In a presentation on the negative impact of illegal mining on the South African mining sector, he noted that the theft of copper, electricity cables, dragline cables, diesel and other materials prejudiced the economic viability of mining companies and posed a serious risk to mining infrastructure.

Lutchman lamented that, in addition to the professional syndicates that supported illegal miners, mine employees were often found to be collaborating with illegal miners.

Further, he said it was unlikely that operating mines would partner with illegal miners, as had been proposed by some parties as a way to regulate the practice.

However, Lutchman remarked that some operating mines could partner with illegal mining cooperatives, but only “within a well defined set of rules”.

Sibanye has set a target of clearing all illegal miners from its shafts by January 2018.

Last month, some 461 illegal miners were arrested at its Cooke operation.