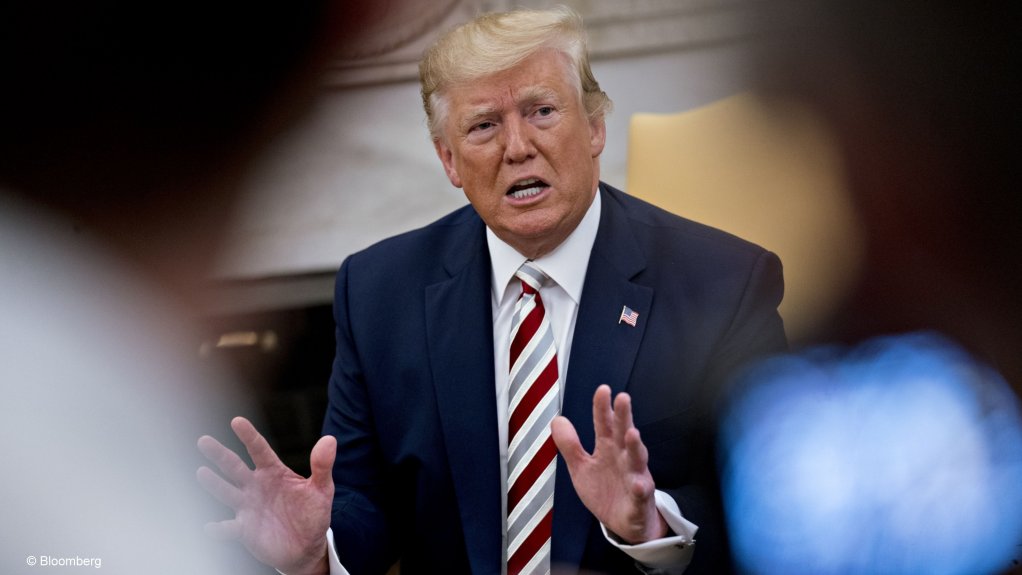 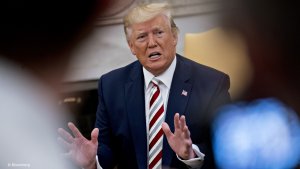 WASHINGTON – President Donald Trump's 2021 Budget proposed $150-million for the creation of a US uranium reserve as the administration seeks to help struggling producers of the fuel for nuclear power reactors.

The money, if approved by Congress, would begin the process of purchasing uranium, Energy Secretary Dan Brouillette told reporters in a teleconference on the Energy Department's budget.

Brouillette also said the budget represents a push by Trump to challenge the global expansion of nuclear power development by Chinese and Russian companies.

Trump "has decided that we're going to meet them anywhere that they go around the world, and this ... is the very first step that we will take to put the United States back into this competitive game," Brouillette said.

US uranium mining firms, as well as more than two dozen western state lawmakers, have argued that nuclear generators rely heavily on adversaries including Russia, China and Kazakhstan for uranium supply from their state-owned companies, which flood the market.

The budget, largely a political document that serves as a starting point for negotiations with Congress, did not outline where the reserve would be built.

Budget documents said a reserve addresses immediate challenges to domestic uranium production and "provides assurance of availability of uranium in the event of a market disruption."

The US nuclear energy industry is suffering from high safety costs and low prices for natural gas, a competitor in generating electricity. Since 2013, nearly 10 nuclear power plants have been closed and eight more are scheduled to shut in coming years.

A mining company cheered the budget. Mark Chalmers, president and CEO of Colorado based Energy Fuels Resources (USA) said a reserve would "preserve our strategic capacity to produce uranium for national security purposes."

The idea for a reserve was recommended by industry group the Nuclear Energy Institute to the Nuclear Fuel Working Group, a panel set up by Trump to spur ideas to help domestic mining. Nima Ashkeboussi, an NEI fuel expert, praised the administration for "recognizing the importance of a domestic uranium fuel supply."

Trump set up the working group last year after declining to set production quotas for domestic uranium, amid concerns they could raise prices for nuclear plants in swing states like Pennsylvania ahead of next year's election.

Edwin Lyman, the director of nuclear power safety at the Union of Concerned Scientists, said he would not be surprised if a reserve gets support in Congress "at least in the Senate," which is controlled by Trump's fellow Republicans. The Democratic-controlled House may be more reluctant, as the proposal puts taxpayers on the hook for the costs.

This year's budget, unlike Trump's last three, did not include funds for Nevada's Yucca Mountain nuclear waste repository, on which Washington has spent about $40-billion over decades, but which has never opened. Lawmakers in Nevada, a key swing state, oppose the project saying it could poison water supplies. Brouillette said his department would work on other options, which could be temporary.

The Energy Department will release the working group's full findings in about two weeks, he said.