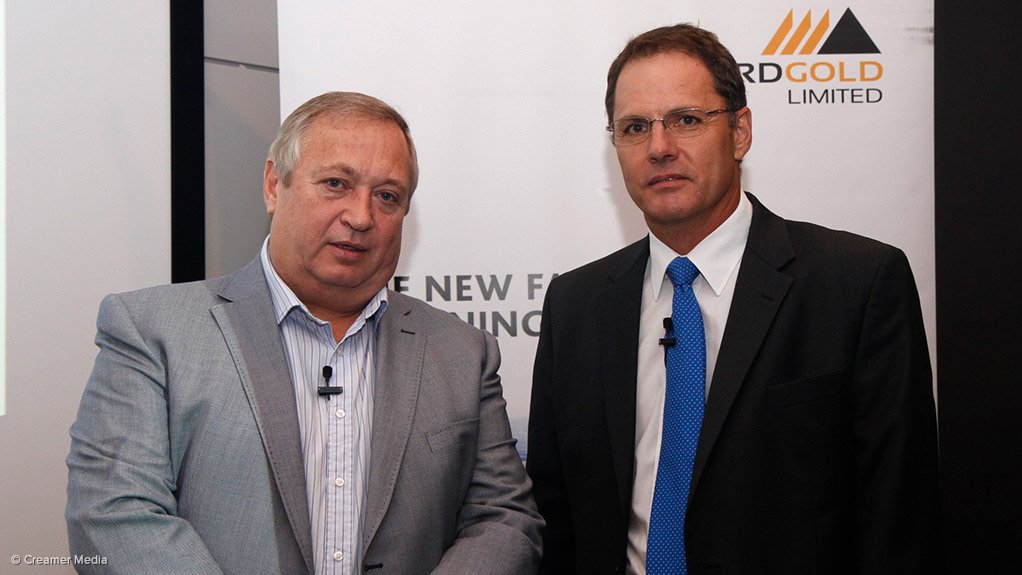 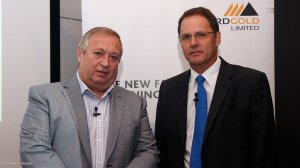 JOHANNESBURG (miningweekly.com) – The share price of Sibanye-Stillwater rose quickly and sharply on Wednesday on the news that the precious metals company had moved to create an industry-leading surface mining partnership with gold tailings retreatment company DRDGold.

“This is an investment in DRDGold and a future tailings company that’s going to have a very exciting growth trajectory and we realise R1.3-billion of value immediately, which is only a portion of the total value of the West Rand Tailings Retreatment Project,” Sibanye CEO Neal Froneman told a joint investor, analyst and media conference attended by Creamer Media’s Mining Weekly Online.

The proposed transaction, which saw the share price of Sibanye lift 3.65% to a 59c-higher R18.73 a share by early afternoon and the share price of DRDGold tilt by a slight 0.81% to a 4c-lower R4.92c a share, involves Sibanye vending selected West Rand Tailings Retreatment Project (WRTRP) surface processing assets and tailings storage facilities into DRDGold for a 38% slice of the JSE-listed surface mining company’s ordinary share capital, which as at Tuesday was valued at R1.3-billion.

Cash-flush DRDGold estimates the development of the WRTRP will require R2-billion in capital, a sum it is able to finance using cash and debt and which will not require it to go to the market to raise equity capital.

As Sibanye is not a company that holds minority stakes in other companies, it has an option to increase its ownership of DRDGold to 50.1% within 24 months, by acquiring additional shares at a 10% discount.

The deal, which commits DRDGold to develop the WRTRP in phases, virtually doubles DRDGold’s gold reserves, gives it immediate access to facilities that can generate cash for it in a matter of months, cuts overhead unit costs through increased production and puts an end to DRDGold’s single asset operating risk.

DRDGold will be responsible for bringing the WRTRP to fruition, with the capital raise posing no shareholder dilution threat.

The deal is about Sibanye establishing a relationship with the separately listed DRDGold to benefit from its well-honed skillsets that will be used to pursue tailings retreatment opportunities in gold and other commodities in South Africa and internationally.

“The sky’s the limit in global tailings retreatment,” said Froneman.

Neither the Cooke nor the Ezulwini gold and uranium tailings treatment plants form part of the deal.

Ridding the environment of tailings dumps will release 1 400 ha of formerly highly productive land for agricultural development and have regional and national benefits for the fiscus.

Pretorius outlined how the company had evolved in just over a decade from being one with an asset valued at R80-million to one the market now valued at R2.2-billion-plus, and off which it was now able to leverage R1.3-billion to acquire the WRTRP.

In that time, skillsets, procedures and protocols had been developed to enable DRDGold to “treat stuff that others had thrown away” at a rate and manner that generates sustainable benefits for all of its stakeholders.

This company, which really should have closed ten years ago, provides ongoing employment for 2 000 people and puts R2.5-billion worth of revenue into the South African economy every year that stimulates R25-billion worth of economic activity a year.

The transaction, which is expected to close in the second quarter of the 2018 calendar year, will increase DRDGold’s gold reserves from 2.99-million ounces to 6.81-million ounces.

The eventual goal is to set up infrastructure and to mine the entire resource in two phases. In the first phase, the plan is to upgrade the Driefontein 2 and 3 surface plants to treat between 400 000 t and 600 000 t a month from a single source.

In the second phase, the plan is to develop a central, high-volume processing facility and new deposition site capable of processing at least one-million tonnes of tailings material a month, with a blend of material from different combinations of sources so as to produce a flat, smooth grade profile over life-of-mine.