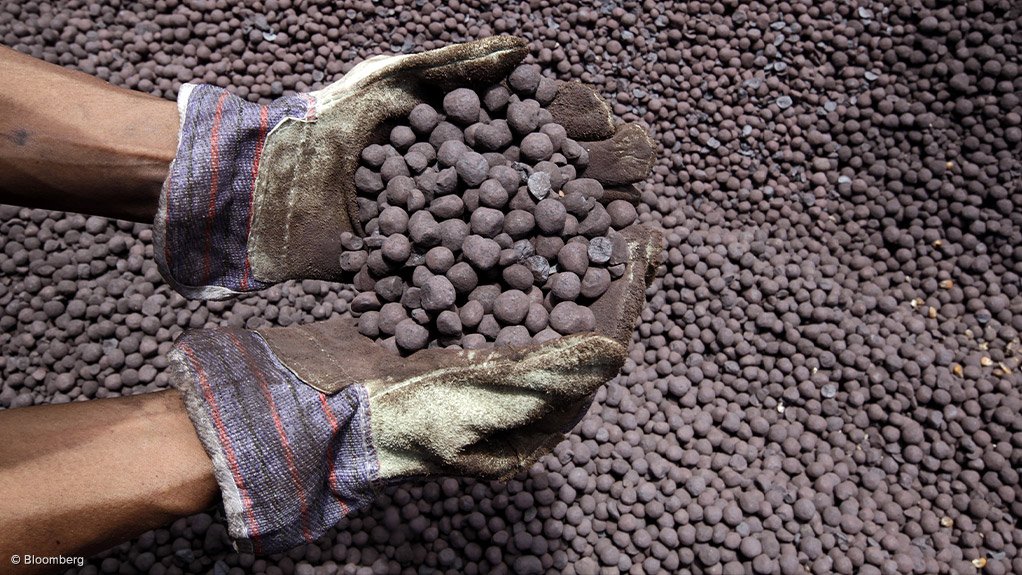 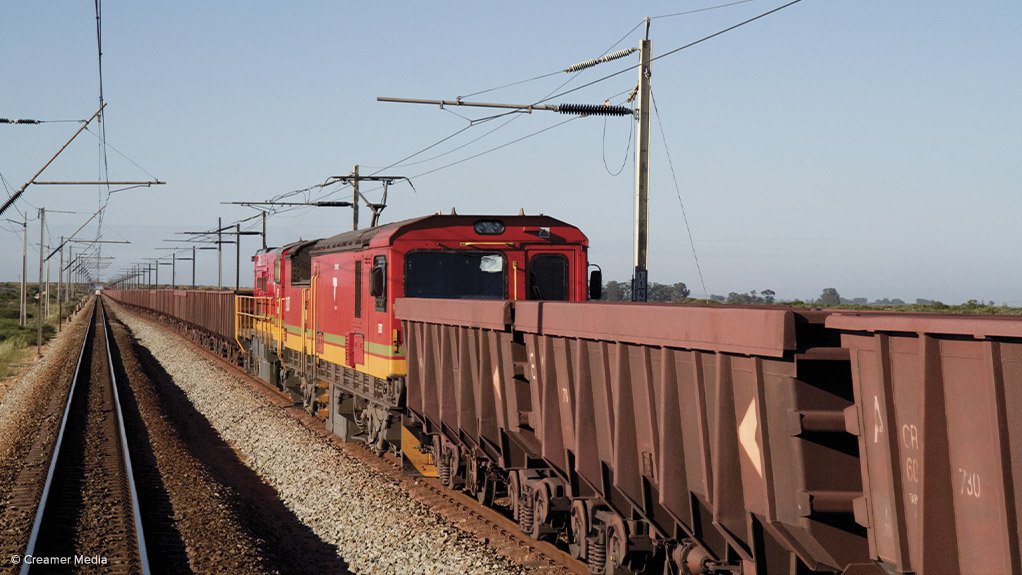 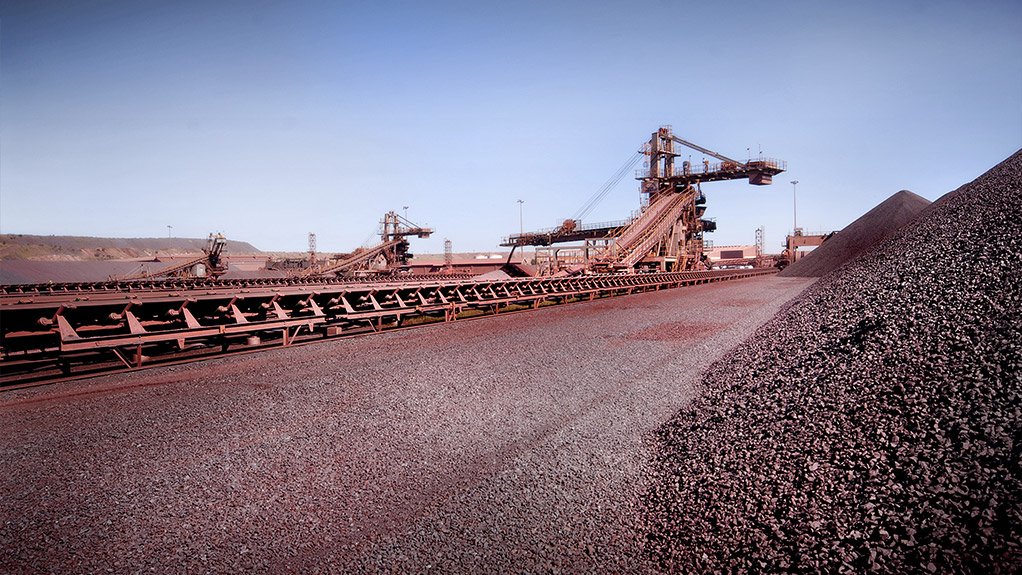 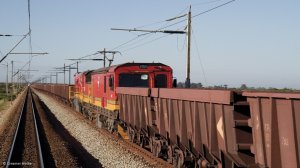 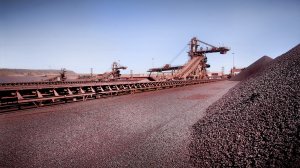 Photo by Bloomberg
BALLS OF STEEL Pelletised iron is made from waste dust and can be used in the manufacture of steel
DOWN THE TRACK Freight transport and logistics should be improved by creating partnerships, logistics hubs and in-land terminals
NOT IRONCLAD Iron-ore price and demand forecasts remain uncertain

Where some might see cause for concern, mining services provider Ukwazi business development director Spencer Eckstein believes that the uncertain future of iron-ore demand and pricing could mean opportunity.

Some of this uncertainty is exemplified by the announcement last month of the proposed closure of steel manufacturer ArcelorMittal South Africa’s (AMSA’s) Saldanha Steel manufacturing facility, in the Western Cape, which could, in turn, lead to potential jobs losses of more than 500.

“While AMSA may not be representative of the steel industry as a whole – in that its operational, financial and strategic challenges are its own – it does, however, highlight potential challenges that the steel and iron-ore industry will face down the line,” says Eckstein.

He says iron-ore prices have been relatively high – at about $90/t – but there are significant peaks and troughs as demand shifts locally and internationally.

The forecasts for 2020 and beyond vary, Eckstein notes.

“Some commentators are bullish, believing that there is more room for the price to move above $100/t. Others argue that we are due for a market correction and that the cyclical nature of commodity prices will ensure a jagged fall in prices over time, particularly as the demand for steel declines.”

He notes that much of this depends on the automotive, construction and energy sectors in China, India, Vietnam, Turkey, the US and the European Union.

“At some point, there will be a contraction in demand and a decline in price. This could be the result of a possible oversupply of steel, a potential slowdown in China’s economy and the effects of the US–China trade wars. This will force iron-ore producers to manage the demand and price decline by cutting costs.”

Such cost-cutting measures could comprise reviewing mine designs and plans, as well as business optimisation and restructuring possibilities, he adds.

“There are opportunities that iron-ore miners could pursue in the short to medium term to take advantage of this uncertainty,” Eckstein says.

One such opportunity could be to focus on iron-ore industry value chains to create an environment for junior miners and small, medium-sized, and microenterprises (SMMEs). Mining and beneficiation of lower-grade material from mine residue deposits and other sources would include investing in exploration to identify suitable resources and appropriate process test work – not necessarily only relying on density separation methods.

Such a strategy is “very sustainable” in Eckstein’s view.

He says that, to date, the industry norm is high-grade iron-ore product, based on the mining of on-site sources and a pit-to-port model.

“The opportunity would be to still deliver a high-grade and low-cost product but to deliver it from other more accessible sources at a lower plant feed cost basis. If consolidated, significant tonnages and opportunities exist for junior miners.”

He says that, if SMMEs collaborated to create a shared pool of source material, while sharing metallurgical testwork and infrastructure, they could establish profitable operations.

This might potentially have the added benefit of reducing the environmental and closure liabilities of the majors in the Northern Cape, he adds.

He believes that junior miners could mine this alternative source material, process it using new and different technology – rather than only focusing on the historic standard of dense medium separation processes – and sell the products back to a major like Kumba Iron Ore or deliver it to the export market themselves.

This is a viable option for two reasons.

China is moving its iron-ore processing plants to other locations or closing down the ones which produce too much pollution; this will lead to a decrease in iron-ore prices. This requires existing and new iron-ore producers in the Northern Cape to position themselves appropriately on the industry cost curve.

“Not all iron-ore is used for steel manufacture. It can be pelletised or made into powder and used, for example, in the automotive industry.”

Mining majors such as Anglo American – of which Kumba Iron Ore is a subsidiary – have historically had very strong SMME programmes.

“Placing these selected businesses on a maturation curve through a sustained and structured process of sharing intellectual capital will enable them to develop independent capability, as well as the competencies to operate sustainably.”

Diversifying the industry through beneficiation to produce ferro iron-ore, ferromanganese and ferrochrome could be another opportunity, says Eckstein.

“Government has advocated beneficiation in every version of the Mining Charter since 2010, but very little investment in beneficiation has actually occurred. From an industry perspective, it is time to invest in beneficiation technology, systems and processes rather than wait for government to reach the point of delivering policy certainty.”

In addition to existing efforts, Eckstein notes that the industry should focus on improving transport and logistics systems and processes, particularly with regard to rail, road and harbour efficiencies by creating partnerships, logistics hubs and in-land terminals for the loading and off-loading of goods, ore and other material.

“Another opportunity lies in preparing for the Fourth Industrial Revolution through increased mechanisation, automation and improved operational excellence while pushing each operation down the cost curve,” he says.

This can be achieved through the creation of connected mines and the integration of mining systems while developing key analytics and dashboards to assist local companies in becoming more globally competitive as the trend towards digital mining intensifies.

“While it may be happy days for now for iron-ore miners, commodity prices will change as demand shifts. Strategic anticipation and acting proactively may just be the antidote required by the industry,” Eckstein concludes.