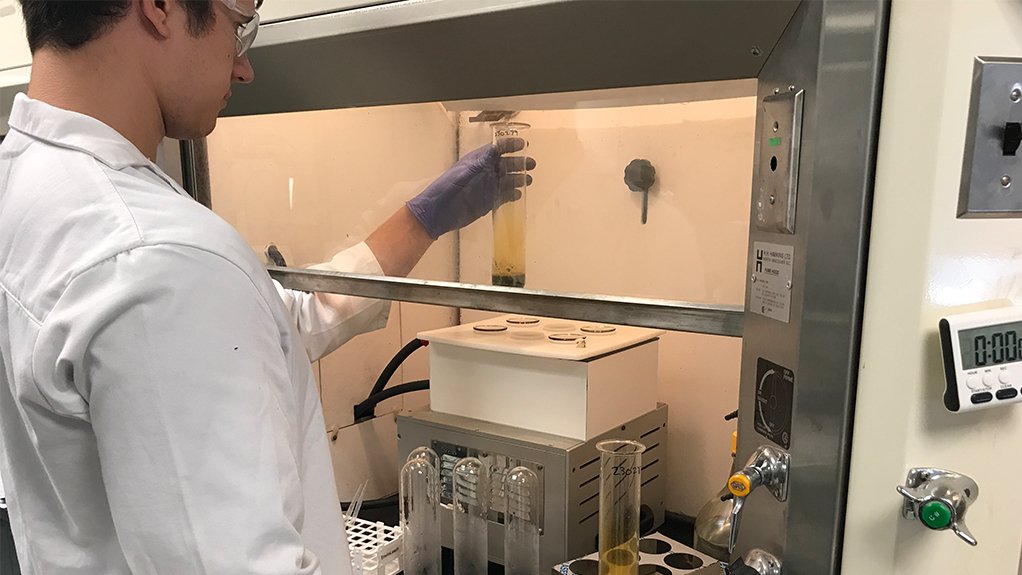 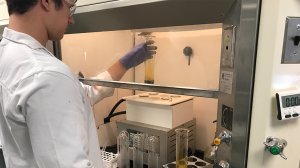 VANCOUVER (miningweekly.com) – A small Vancouver-based start-up company has created a new environment-friendly chemical process with the potential to disruptively transform metal extraction in the mining and electronic waste (e-waste) sectors, akin to the application of cyanide for gold extraction, which revolutionised the industry over a century ago.

“EnviroLeach Technologies is a company that recovers precious metals from ores, concentrates and e-waste using environmentally friendly technologies. We can literally change the mining industry today, as cyanide did a century ago,” founder and CEO Duane Nelson told Mining Weekly Online during a recent visit to its Burnaby-based pilot demonstration plant.

TSX-V-listed Mineworx Technologies recently announced that EnviroLeach Technologies had entered into a strategic global partnership with NYSE-listed Jabil Inc, to use the company’s patent-pending formula and processes to recover metals from circuit boards and e-waste.

The innovative new process will first operate at Jabil’s 6 ha facility in Memphis, Tennessee, which will be one of the largest and most environment-friendly chemistry-based e-waste recycling process facilities in North America.

EnviroLeach’s cyanide-free and acid-free based chemical formula operates at ambient temperature and at a near-neutral pH. The ecofriendly process helps the company responsibly manage the fastest growing waste stream in the world – electronics.

EnviroLeach is now working towards deploying a 10 t/d pilot plant during the fourth quarter of the year.

BENIGN PROCESS
Surprisingly, EnviroLeach’s main ingredient is US Food and Drug Administration- (FDA-) approved for nutritional supplements and is also used in medicines, including the treatment of some cancers. The proprietary formula’s reagent modifiers are also FDA-approved food-grade additives, he pointed out.

The technology sidesteps accepted best practices, such as smelting, acid based extraction processes and the use of cyanide, along with their associated risks

Nelson explained that the EnviroLeach technology involves a simple equation that solves a much more complex problem and involves the unique EnviroLeach formula which, combined with a unique electrochemical process, creates the EnviroLeach solution that is set to revolutionise processing operations and usher in a new era of highly economic urban mining.

Nelson explained that cyanide is an extremely toxic chemical that does not break down in the environment. It is broadly used in the mining sector, with more than 75% of the world’s yearly gold making use of cyanidation. Moreover, cyanide is ineffective at recovering gold from e-waste, owing to the high copper concentration in electronic devices.

Another process used to transform e-waste makes use of nitric acid, which is a strong acid that produces deadly gases when it encounters e-waste. It requires heat input and complex air and water detoxification – a limiting factor in scalability.

EnviroLeach’s FDA-approved main ingredient is environment-friendly and safe to use, yet provides similar leach kinetics to that of high-intensity cyanide and nitric acid combinations.

Nelson enthused that the company does not compare with any other established processing method out there today. "It has a small footprint, costs less and the reagent is entirely reusable. Just the fact that the process has low sensitivity to process variances, has fast leach kinetics and is environmentally benign is cause for much excitement,” he added.

Recent tests on high-grade ore sourced from a project developer in British Columbia pitted a standard cyanide process against the EnviroLeach method, resulting in only a 1.67% difference in recoveries, at 98.07% for cyanide and 96.4% for EnviroLeach. That does not take into consideration the environmental advantages the EnviroLeach process offers. Tests on other high-grade material have reliably and consistently delivered repeatable results.

Nelson explains that EnviroLeach reflects a significant value proposition, resulting in lower capital costs, no detoxification costs, lower handling costs, simplified permitting, and reusability of the formula. It can also be used in cyanide restricted areas.

The process is simple, has broad operating ranges and possesses fast leach kinetics. Further, the ingredients are readily available and the process is scalable. All aspects of the process are safe to use, handle and transport, while the process, which has pending patents and trade secrets protecting the formula, can be applied to a broad range of materials.

Nelson advised that all mine operators stand to benefit from the nontoxic, environment-friendly nature of the formula, resulting in reduced discharge that requires no tailings ponds. The process is applicable to whole ores, gravity concentrates, flotation concentrates and tailings.

It presents a solution for urban e-waste and results in reduced carbon emissions and reduced environmental impact.

According to Nelson, the EnviroLeach process could significantly transform the $400-billion mining industry, while the process could also capitalise on an exponential growth curve in the forecast for the current $4-billion e-waste market. E-waste includes discarded electronic components such as old motherboards, PCI cards, cell phones and memory cards.

FASTEST GROWING WASTE STREAM
Nelson noted that e-waste is the fastest-growing portion of the municipal waste stream and is expected to grow to 50-million tons by 2020.

To illustrate the value of e-waste mining, Nelson pointed out that for every one-million discarded cellphones, one could recover about 35 000 lbs of copper, 12 320 oz of silver, 1 200 oz of gold and 528 oz of palladium.

Importantly, he estimates the all-in sustaining cost (AISC) of an e-waste mining operation to be a small fraction of the average mining AISC of $1 100/oz and $850/oz for a smelting operation.

“EnviroLeach is a near-perfect solution for the electronics manufacturing base that is seeking alternatives to cyanide and acids for processing e-waste streams, with the market space concentrated on a small group of recyclers dominating the market,” Nelson stated, pointing out the disruptive potential EnviroLeach has.

While it is still early days, Nelson believes there are several business models available to pursue on the mining side, including company-owned plants, licensing of the technology, and royalties and test programmes. On the e-waste side, the company could also opt to own its own plants, enter joint ventures, or agree to licensing and royalties deals.