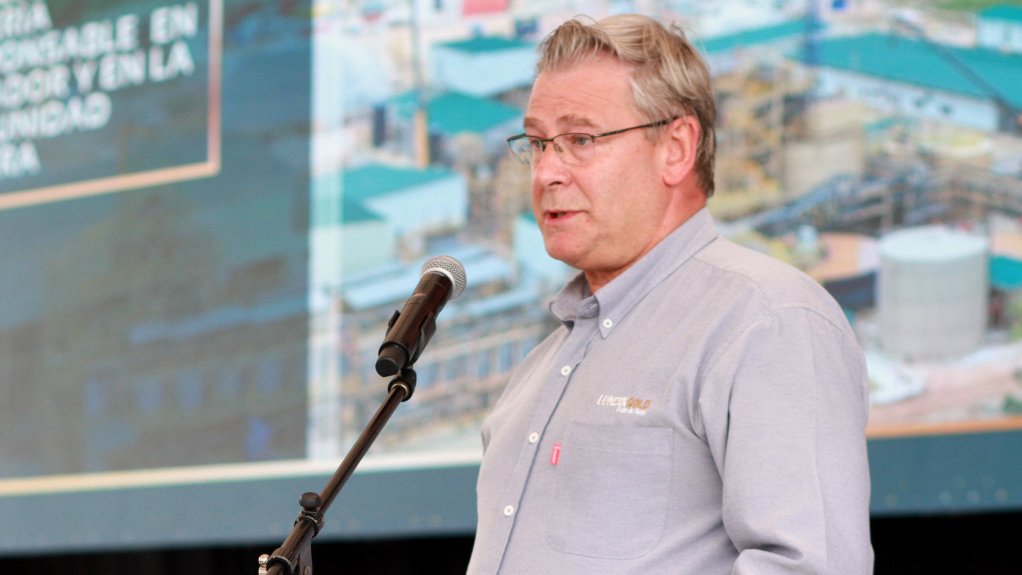 TORONTO – With its first commercial production around the corner, Lundin Gold is looking at options to grow – including acquisitions.

The company’s only asset, Fruta del Norte in Ecuador, will reach commercial production in the second quarter, CEO Ron Hochstein said Thursday in an interview at Bloomberg’s Toronto office. The low-cost mine is expected to produce more than 300 000 oz of gold this year, and average 325 000 oz over its expected 14-year mine life.

The company’s largest shareholder, Melbourne-based Newcrest Mining, is supportive of a potential acquisition, as is the Lundin family, also a major owner, Hochstein said. “The challenge for us is going to be finding something that’s accretive for our shareholders.”

Lundin Gold has marked out a “concentric circle” of geographic targets in which a “bulls-eye” would be a pure-play gold asset in Latin America, outside Ecuador. Beyond that, the Vancouver-based miner would look at the rest of the Americas and then the world, excluding Russia, China and the “Stans.” Meanwhile, it will focus on organic growth through additional land holdings in Ecuador, he said.

Funding an acquisition would likely not be difficult, he said, noting that the company works with seven banks and also has private equity investment through Orion Mine Finance. “Everyone seems very happy and I think if we were to do something, we’ve got the resources,” Hochstein said. “If it’s right and it’s accretive, we’ll spend what we have to spend to get it.”

Asked about the potential that Lundin Gold could be a takeover target, given a wave of M&A in the sector, Hochstein said the company would welcome a buyer if the price was good.

“That’s partly why a lot of investors invest with the Lundins; because they know if the value is right for the family, they sell,” he said. “There’s no sacred cows.”

Newcrest would be the most logical buyer, he confirmed. “But the family’s going to have to be happy with the price. We can’t have the thing where Newcrest could just continue to creep and kind of own it, and the next thing you know we’re a subsidiary of Newcrest.”

Newcrest said it doesn’t comment on M&A speculation but “we are very happy with our holding in Lundin Gold,” according to a company spokesperson.

Newcrest recently increased its holdings in Lundin to 32%, while companies associated with the Lundin Family Trust also increased their stake.