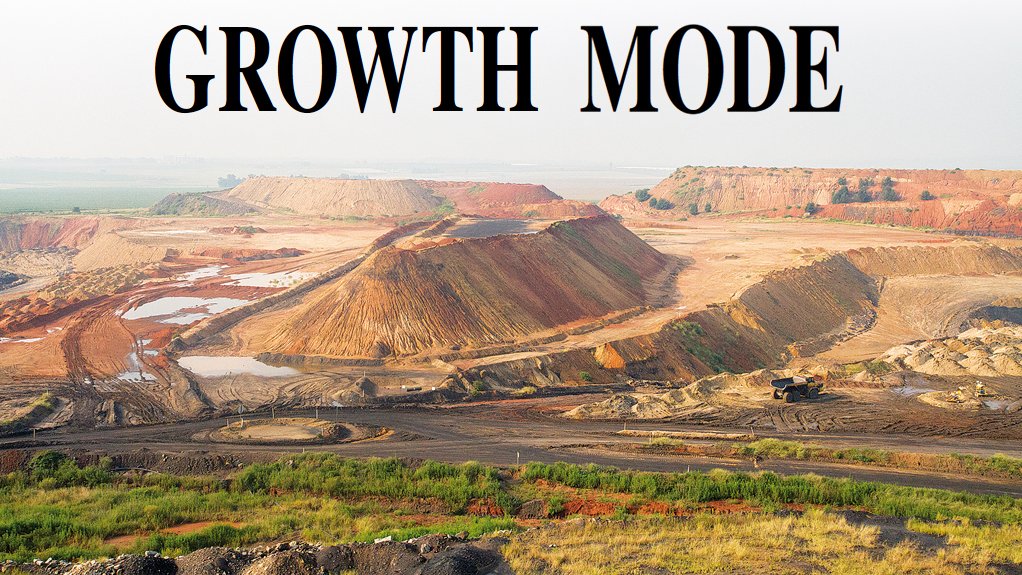 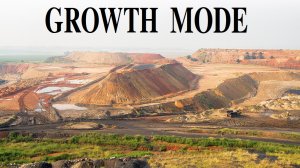 JOHANNESBURG (miningweekly.com) – Junior coal mining company Canyon Coal is producing 300 000 t/m of run-of-mine (RoM), which equates to 3.6-million tons of coal a year across all its operations. However, the company is aiming to increase this to ten-million tons a year over the next two years, thereby making it a midtier coal miner.

Canyon executive chairperson Vuslat Bayoğlu says the company is producing 180 000 t/m, or two-million tons a year, of coal for the export market, with the balance being supplied to local clients such as sugar and paper mills. The company currently has no offtake contracts in place with State-owned power utility Eskom.

He states that the company – which currently has three mines in operation – will be able to grow its production at its existing operations and bring new projects on stream, largely owing to its experienced and dedicated management team.

The company’s Hakhano and Singani collieries, in Middelburg, and its Phalanndwa colliery, in Delmas, all in Mpumalanga, produce bituminous coal. The three mines employ 634 people, including contractors.

Bayoğlu, along with Hakhano and Singani GM Guy Thompson and Canyon group plant manager Jacque Diener, gave Mining Weekly an exclusive tour of Canyon’s mines last month, where they provided a status update and shared the company’s vision for the future.

The group’s subsidiary, Canyon Mining Services, undertakes all the mining at the Hakhano, Phalanndwa and Singani collieries using traditional truck-and-shovel mining methods. The plants at Hakhano and Phalanndwa are operated by local mineral processing company Ingwenya, while the loading of trucks for the transport of coal from the mines to customers is undertaken by local loading, hauling and stockpile management company Opsicol Mining Services.

The mine has a 240 000 t/m crushing, screening and washing plant, which produces large and small nuts, peas, duff and spiral coal products. The plant also has a 28 t/h filter press system, which is used to reduce Hakhano’s water consumption by recycling mine water to the plant for use in processing.

Bayoğlu points out that Hakhano’s plant also processes the coal that is produced by Canyon’s nearby 130 000 t/m RoM Singani colliery. “The products produced by Hakhano and Singani are sold on the local market (30%) and the export market (70%).”

Bayoğlu notes that Hakhano and Singani are nearing the end of their operating lives, with their reserves expected to be completely depleted within the next 18 months. However, he says, Canyon is working on securing mining rights to a property adjacent to Hakhano that would allow for the existing mine infrastructure to be used for a further 20 years.

ADDITIONAL PROJECT
The 120 000 t/m RoM Phalanndwa colliery has been operating since October 2010 and has a remaining life span of seven years. The mine produces RoM coal with an average calorific value of about 22.5 MJ/kg, an ash content of about 22%, volatiles of about 24.5%, inherent moisture of about 3.5%, a total moisture of about 7% and a sulphur content of about 1.1%. Bayoğlu adds that the mine has its own crushing, screening and washing plant, along with a 28 t/h filter press system.

Phalanndwa produces coal that is sold on the local market (30%) and the export market (70%). Bayoğlu comments that Canyon currently uses third party sidings to transport the mine’s export coal to the RBCT, but is developing its own siding 6 km from Phalanndwa, which will be called Argent.

“We have received a water-use licence (WUL) and mining right for Ukufisa and our aim is to have the mine in operation by November,” states Bayoğlu, adding that the company will soon be issuing a tender for the 120 000 t/m processing plant that it intends to build at the mine.

He says the project has a proven reserve of seven-million tons of mineable coal, with an expected life span of five years. There is also a planned extension project for Ukufisa, which, Bayoğlu says, will turn the project into a “megamine”.

“We have 170-million tons of coal reserves at Ukufisa, including the extension project, and plan to produce 500 000 t/m of coal over a 25-year life-of-mine (LoM). The opencast mine will have a 2.5:1 strip ratio that will produce export-grade coal in the RB3 category range,” he says.

Bayoğlu explains that this grade of coal will potentially be of interest to Eskom, as it would be suitable for use in local power stations. The cash required to develop the extension project will come from the revenue generated by the first phase of Ukufisa.

Further, Canyon has received the mining right for the Khanye project and the regulatory process is under way for the outstanding authorisations. The company is optimistic that it will receive the licence within the next few months, enabling it to develop the mine and have Khanye in operation before the end of this year.

Bayoğlu points out that the project, which has a reserve of 30-million tons of mineable coal, will be an opencast mine with a 2:1 strip ratio, which will produce and process 150 000 t/m of RoM coal. He adds that the mine’s coal will be in the RB1 export-quality category range, with medium volatiles.

Meanwhile, for the Witfontein project, Canyon has completed exploration drilling and submitted a mining right application. The project, which has coal reserves of 12-million tons, will initially be opencast, but will, in the later stages, also comprise an underground operation. “We plan to mine and process 100 000 t/m of RoM coal at the project over a 12-year LoM,” says Bayoğlu.

Canyon is working on the required authori- sations and aims to bring the mine into operation before the end of 2018.

The project boasts 118-million tons of mineable coal reserves and Canyon is awaiting Section 11 approval for the transfer of the mining rights and the approval of the project’s WUL.

The aim is to have the mine in production by the first half of 2018 and to produce and process 400 000 t/m of RoM export-grade coal at De Wittekrans over 22 years.

Social Responsibility Initiatives
Bayoğlu points out that, in 2016, the drowning of a child and an adult while crossing a swollen river in Delmas prompted Canyon to play an active role in the community’s upliftment.

The company subsequently erected the Thembalihle Given Diko footbridge, named after the drowned child, to assist learners and other pedestrians in crossing the river, located opposite the community homesteads, to prevent future tragedies.

Canyon is also committed to assisting the Bonginhlanhla Stimulation Centre for Disabled Children, near the Hakhano and Singani collieries. The centre provides care for 35 disabled children who have “very specific physical needs”.

“Funding from Canyon has enabled the centre to buy much-needed support and stimu- lation items, such as standing and walking frames, toilet and passage rails, educational material, crawlers, toys, mats and rollers for therapy,” Bayoğlu points out.

In addition, Canyon states that it is the first South African mining company to have a “disabled-friendly website” which is fully accessible to deaf, blind, partially blind and colour-blind people.

Bayoğlu adds that the company also has a higher education bursary fund designed to promote learning and provide finance for previously disadvantaged students living in or near the communities in which it operates.