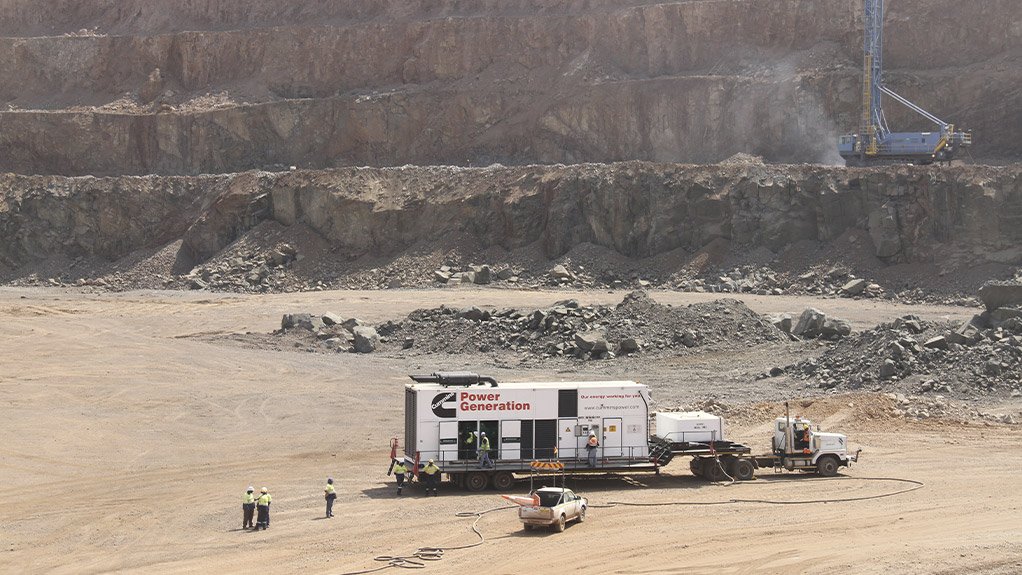 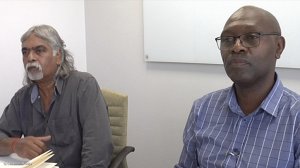 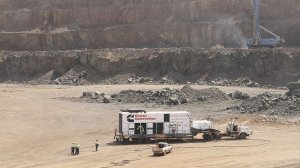 Global diesel and alternative fuel engines supplier Cummins celebrated its hundredth year in 2019, which Cummins South Africa application engineer Rodney Naidoo states has resulted in a “new dawn”, as the company embarks on a mission to find alternatives to fossil fuels to supply backup power.

Cummins South Africa mining lead George Mahlangu tells Mining Weekly that, while there has been a reliance on State-owned power utility Eskom over the years, the recent “regretful” instability of the national grid has resulted in a paradigm shift, as mines are considering energy alternatives.

Generators have played a significant role in all industries for decades, but “under current conditions, generators are no longer a want – they have become a need”, says Naidoo.

He adds that they are “a far better option”, as the alternatives – specifically when taking a diesel generator’s space requirements into account – are not a viable solution.

“The general discussions in the country mainly point towards independent power producers (IPPs); however, there are other options, and that is where we can step in,” Mahlangu asserts.

However, with mines preferring to go the IPP route, Naidoo laments that there has not, unfortunately, been a spike in demand in terms of mines partnering with generator suppliers, primarily because gensets are high-value items.

“On the flipside, a majority of the mines are relatively old. This means that the equipment that is already in place would need to be replaced or repaired in the near future. That presents business opportunities for us.”

He also suggests that, as electricity is the main source behind the life of any mining operation, junior and midtier miners could be a growth area for the company, as those kinds of startup operations would definitely require backup power.

“Industry presupposes that producing power in the mining sector should be done only through fossil fuels such as diesel. Cummins has other fuel systems such as natural gas. We have also developed additional cleaner systems to run on biogas,” Naidoo says.

While the company will look to introduce these aspects to the mining industry, he comments that this will be dependent on the availability of gas.

Although gas pipelines have been extended throughout Africa of late, it has been at a much slower pace than the company would have hoped for. Naidoo, however, adds that the prospects in this regard remain exciting.

Further, Mahlangu notes that, with gas becoming more available in Africa, the company will explore gas as another area of potential growth going forward.

Additionally, he states that the sector requires equipment suppliers to undertake intense groundwork in building relationships to ensure that they are able to respond to market demands.

“It is a very difficult sector to do business in, but it is also a very profitable sector if you are able to supply exactly to customer requirements. We are engaged in continuous research and development (R&D) with our mining partners and stakeholders. We all need to keep abreast of future developments,” adds Mahlangu.

He reveals that part of Cummins’ “substantial” R&D investments include the development of electric vehicles (EVs), with several prototypes having been tested.

“We already have Cummins-powered buses that are electric-driven. We are also testing small-scale, Cummins-powered construction equipment. It is exciting for us that, moving forward, we are able to take our stakeholders and customers on board in adopting clean operating systems, such as EVs, to reduce their environmental impact. We are always open to engagement in that regard,” he adds.

Naidoo adds that the company has recently acquired a specialised battery manufacturer. These batteries will be used in Cummins’ power generation process, also using its carbon emission-optimised engines.

“We are shifting into the future as an environment-friendly company with alternative power, along with the standard generator power.”

Additionally, he emphasises that the health and safety requirements of the mining sector are definitely more arduous. This, he says, should drive mining companies to partner with established, financially stable and reliable suppliers who can provide 24/7 backup.

“Mines need to partner with suppliers that can meet any of their requirements, as we are all aware that downtime leads to money lost. Cummins is the right partner and we can ensure that,” he concludes.

Cummins South Africa sales manager and segment leader Bo Fu said that this is crucial, given the global emission standards which have affected the sector.

For the mining sector, the company places a special focus on mechanical engines, as electronic engines require more maintenance and are costly.

“We have five engine plants in China and two in India that produce mechanical engines with lower emissions. While environmental regulations in Africa currently don’t require high emission controls, our lower-emission engines are still a better option for mines because of their cost effectiveness,” he stated.

The mechanical control panel also allows for much more efficient operation of the engines, Fu enthused.

The company’s scope of supply for mines also extends to ancillary equipment such as radiators, control panels, air intake and exhaust mufflers, among others.