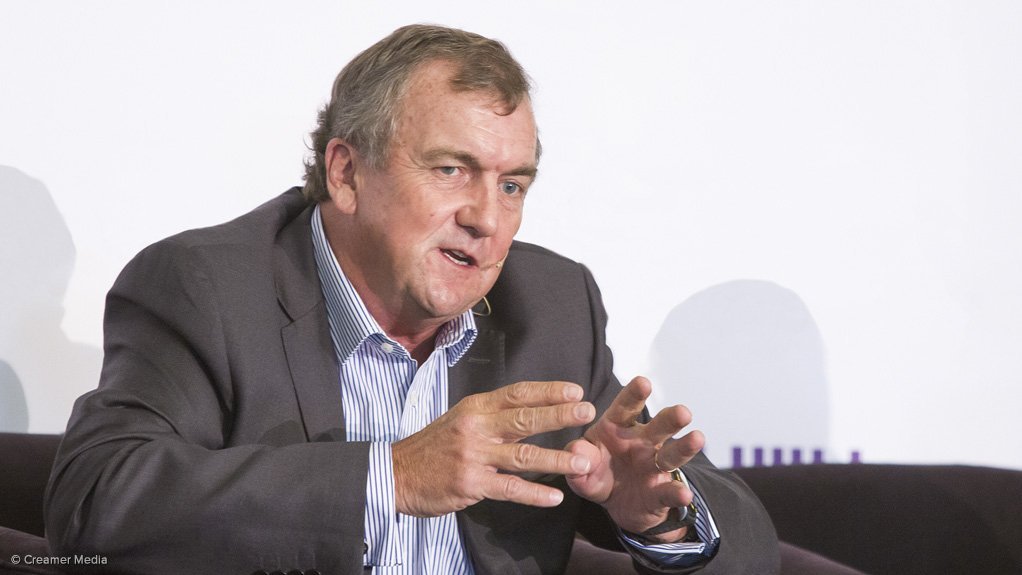 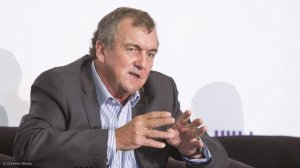 JOHANNESBURG (miningweekly.com) – “If you know where you’re going, you generally get there,” said Barrick CEO Dr Mark Bristow in response to Mining Weekly on Wednesday after the company presented convincing financial results that show that the New York- and Toronto-listed business is sure getting there under Bristow’s astute leadership.

Net earnings per share were up 46% year-on-year, debt net of cash was halved to $2.2-billion, and gold costs per ounce were down quarter-on-quarter.

The 40%-higher quarterly dividend of $0.07c a share was supported by a strong balance sheet.

“We’ve landed on a five-million-ounce-a-year, long-term foundation and we’ve got a lot of organic opportunities to strengthen that still further,” Bristow told Mining Weekly in a telephone interview.

The company is about to come out with a ten-year production guidance with its annual report.

“If you want long-term investors, you need to show them a runway. We’ve done what we said we’d do in that Nevada is now a really solid, safe investment for the majority of our production. It’s still not a major cash producer, because we’ve got quite a lot of capital in there, but opportunities there are very exciting.

“Africa is a core component of our business. It contributed significantly to the cash. Africa’s got life and it’s designed at low-cost gold price. I’m a passionate African and I believe you can run world-class assets in Africa.

“South America is really about growth and opportunity, balanced by risk and liability. We’ve made a lot of progress dealing with the liabilities. The risks still have some work to go, but we’ve re-established our licence to operate, and Pueblo Viejo in Dominican Republic is our biggest growth opportunity as we sit here today. The new expansion will take its life-of-mine beyond 2040 at 800 000 oz a year. It’s a world-class asset,” he said.

Barrick’s exploration budget this year is $170-million, 20% of which is earmarked for Africa.

"We’ve got some additional near-term life extensions in the form of Rita K, which is another small orebody in the Carlin Trend and we’ve unlocked an enormous amount of tangible cash synergies, ” he said.

Barrick’s annual reserve and resource declaration, also published on Wednesday, shows an attributable gold mineral reserve increase of 14.5% in ounces at a 7.7% higher grade after depletion from mining, reflecting a busy year which included the incorporation of Randgold Resources, the formation of the Nevada Gold Mines joint venture (JV) with Newmont and the disposal of KCGM. Attributable reserves now stand at 1 300-million tonnes at 1.68 g/t for 71-million ounces of gold.

“We’ve replaced all the gold we mined and Africa was a standout. Kibali and Loulo-Gounkoto did really well,” said Bristow.

This was achieved through the refocus on geology as a core discipline within the business and cost improvements at the Nevada JV, which allowed for the lowering of cut-off grades and the increase in reserves.

Trials and projects designed to make Barrick’s operations more efficient as well as safer are driving the increased use of technology and automation across the group.

Kibali remains at the leading edge of underground automation in the global gold mining industry, after the implementation of the Sandvik Automine Multifleet system, which allows multiple autonomous machines to operate on the same haulage level.

Centres of excellence have been established to advance autonomous applications for both surface and underground operations. This means that rather than having a range of operations trialing different systems, these will be proven on both technological and operating cost grounds at the centres. Should they pass these filters, they will be rolled out across the group.

In Nevada, which is the centre of surface automation and technology development for Barrick, the first stage of a project designed to enable the retrofitting of an autonomous system for Carlin’s haulage fleet has been completed successfully. A number of trucks have already been retrofitted and work is now under way on increasing their speed from 15 km/h to 35 km/h, and installing portable locators that will allow manned and unmanned operations in the same zone. Following the creation of the Nevada JV, the autonomous drilling trials Barrick and Newmont had been running with different systems have been consolidated and will be tested at Phoenix and Lone Tree this year.

“At Barrick, ESG is not some box-ticking compliance function but a core strategy,” said Bristow.

“It starts at the top and permeates through the entire organisation, and we believe that if it is managed well, it will drive our ability to deliver long-term profitability. It’s not only a social imperative - it’s a commercial one,” he added.