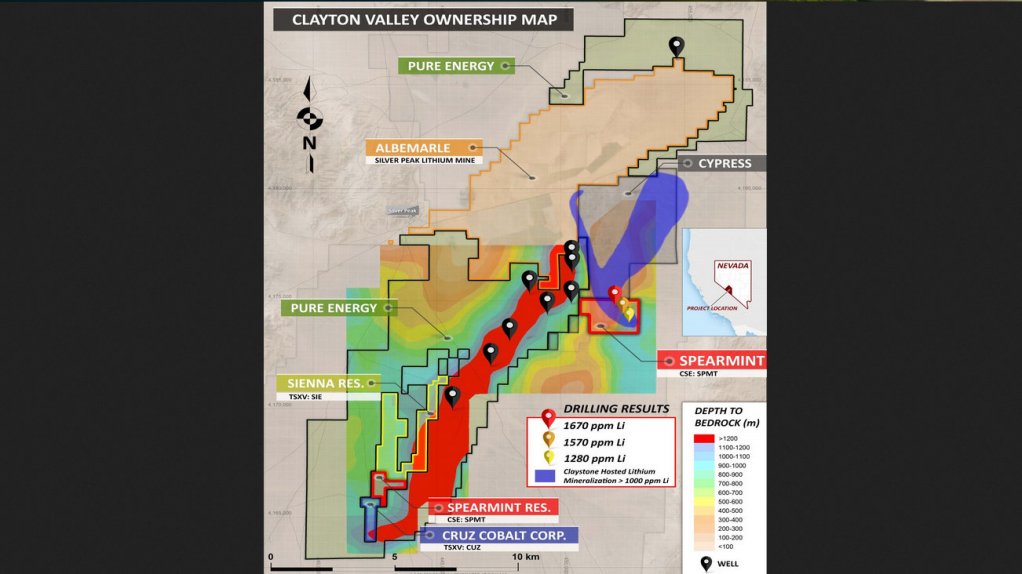 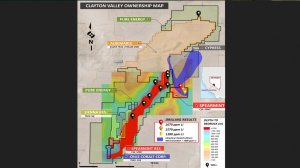 Canadian junior explorer Spearmint Resources is planning to resume exploration operations at its Clayton Valley lithium prospect, as interest in lithium in Nevada picks up.

Company president James Nelson says there has been a “distinct positive feeling” surrounding lithium and especially, recently, lithium in Nevada.

On Wednesday, Noram Ventures announced successful drill results including 56.4 m with an average of 1 230 parts per million (ppm) lithium on its project, which borders Spearmint.

“When a major company like Schlumberger is looking at the property right beside Spearmint, and judging by how Noram shares doubled yesterday on their lithium drill results, it is clear that lithium in Nevada is gaining attention again. We are looking forward to getting back into Nevada shortly,” said Nelson on Thursday.

The company recently also announced the acquisition of the River Valley East platinum/palladium prospect, in Ontario, for which it is also formulating plans.

“Clearly 2020 will be very active for Spearmint in terms of work programme at a time when the general sentiment towards junior mining companies has turned positive."