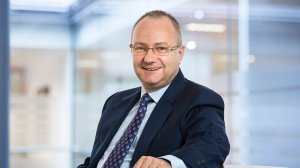 The company had a “solid start to 2018”, despite the suspension of operations at the Minas-Rio mine, in Brazil, CEO Mark Cutifani said.

Total thermal coal production fell by 23% to 11.95-million tonnes, with export production from South Africa dropping by 9% to 4.3-million tonnes in the quarter, despite productivity improvements at the Zibulo and Greenside collieries, owing to lower volumes at Goedehoop, with challenging geology in its remaining mining sections.

Domestic thermal coal production in South Africa decreased by 34% to 4.97-million tonnes, primarily owing to the completion of the sale of State-owned Eskom-tied operations, including New Vaal, New Denmark and Kriel, to Seriti Coal, last month.

Anglo produces metallurgical coal in Australia and increased production by 6% to 5.5-million tonnes, owing to continuing strong performance at the Moranbah mine and the ramp-up of the Grosvenor mine.

Rough diamond production at De Beers, which is 85% owed by Anglo, increased by 15% year-on-year to 8.5-million carats, reflecting a ramp-up in production in response to sustained healthy trading conditions and the inclusion of production from Gahcho Kué, in Canada.

De Beers Consolidated Mines’ production, in South Africa, was in line with the first quarter of 2017 at 1.1-million carats.

Namdeb’s production increased by 12% to 528 000 ct as a result of accessing consistently higher grades at the land-based operations.

Nickel production decreased by 13% year-on-year to 8 600 t, as a result of a planned 40-day stoppage to replace the rotary kilns refractories. The Barro Alto mine produced 6 500 t and the Codemin mine the balance.